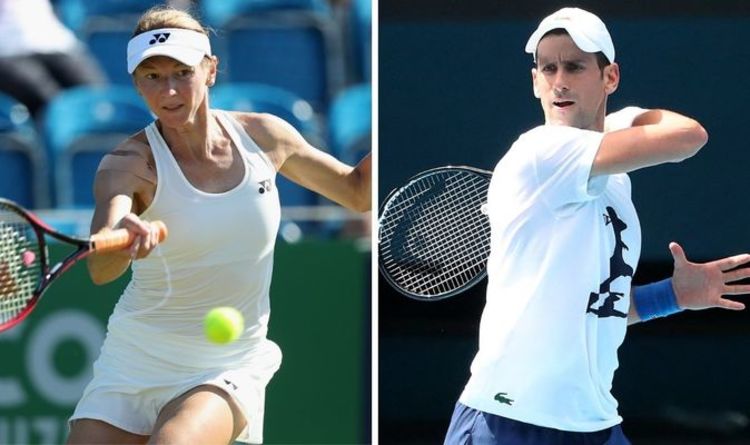 Djokovic back to training in Australia after court victory

Renata Voracova has spoken for the first time since being deported from Australia. The Czech doubles player had her visa cancelled despite already being allowed into the country and playing a match after it was found she entered using the same medical exemption as Novak Djokovic. The Serb appealed his visa cancellation and won, but Voracova had already left the country so couldn’t be afforded the same consideration.

Djokovic announced he was flying to Melbourne last Tuesday after receiving a medical exemption, but was escorted to an airport room and questioned overnight by border officials when landing late on Wednesday, and could only provide “minimal” evidence for his exemption, supported by just one doctor.

As a result, his visa was cancelled on Thursday morning and the world No 1 was put into a government detention hotel while his lawyers appealed the decision.

Australian Border Force also discovered that two others – one player and one official – had already entered the country on the same grounds, receiving a vaccine medical exemption from Tennis Australia on the basis they had caught Covid in the past six months.

The official voluntarily left the country after having their visa cancelled, while Voracova was placed into the same hotel as Djokovic last Thursday, having already played a doubles match on the Wednesday.

JUST IN: Raducanu responds to crushing loss and reveals plan before Aus Open

She then decided against appealing the decision and left the country on Friday.

But Djokovic won his appeal on Monday, and was allowed to freely enter Melbourne, where he has now started practicing on Rod Laver Arena ahead of the Australian Open.

It has left many questioning the fairness of deporting Voracova if Djokovic can stay in the country with the same exemption, and the doubles world No 82 has now spoken out on the matter for the first time.

“It is a good thing not only for him,” the 38-year-old said of Djokovic’s appeal result, per Tennishead. “Hopefully he can play because that is what we went there for: to play tennis and not be part of any inside games [politics].”

“I was there already for one week and since he arrived things changed. I am not mad at him.”

“I was not prepared for the way everything played out. I felt like being in an action film,” she said.

“We didn’t even use the normal lifts. We went through side lifts and total different ways (through the hotel) where people couldn’t see me. And then we went to the garage where there was a van.

“Several practices in quarantine are not pleasant. You have to report and everything is allotted. I feel a bit like [I was] in prison.”

Voracova also revealed the reason she didn’t appeal the decision to cancel her visa, admitting she wasn’t aware it was an option.

She continued: “I really didn’t know after questioning what I was supposed to do, what my rights are. There were people with me from Tennis Australia, lawyers who were helping me. And they didn’t appeal to court.

“So I didn’t know I could do it. I just followed the advice they give me.

“I felt the worst when they told me they would cancel my visa. Even the lawyer who was with me said I had all the necessary confirmation [documents] in order.”