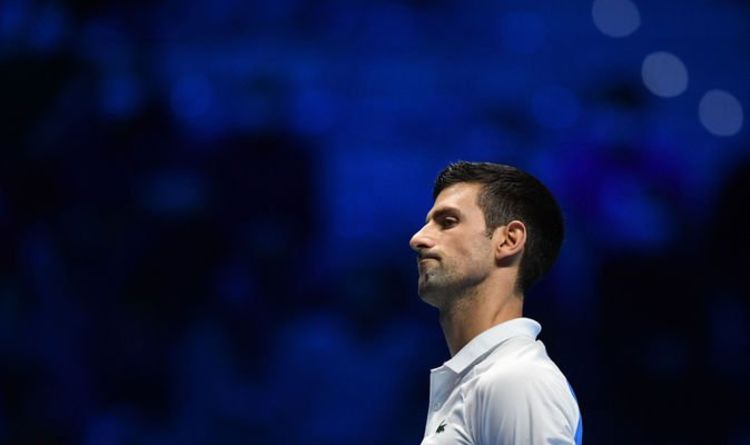 Novak Djokovic has been fired a warning by Australian Prime Minister Scott Morrison and told he will be “on the next plane home” if he can’t provide “sufficient” evidence to back-up his vaccination exemption. Djokovic will take his place at the Australian Open after confirming he had been given “exemption permission” to defend the title he won in Melbourne 12 months ago.

There has been outrage across the country and in some tennis quarters after Djokovic was able to bypass the Victoria state ruling that anyone entering must be fully vaccinated or medically exempt unless they quarantine for 14 days.

And Morrison wasn’t pulling any punches when he spoke to reporters on Wednesday afternoon.

“My view is that any individual seeking to enter Australia must comply with our border requirements,” he said.

“Now Novak Djokovic – when he arrives in Australia – he has to, if he’s not vaccinated, must provide acceptable proof that he cannot be vaccinated for medical reasons to be able to access the same travel arrangements as fully vaccinated travellers.

“So we await his presentation and what evidence he provides us to support that.

“If that evidence is insufficient, then he will be treated no different and he’ll be on the next plane home.

“There should be no special tools for Novak Djokovic at all. None whatsoever.

“My view is he should be treated no different to anyone else. There are other cases – there are quite a number over the last couple of years – where people have had these exemptions and have the suitable proof to support their claim in those circumstances.

“So the circumstance is not unique. The issue is whether he has sufficient evidence to support that he would qualify for the exemption.”

Djokovic took to Instagram on Tuesday to confirm he was on his way Down Under.

The 34-year-old has asserted his dominance on the Australian Open throughout his illustrious career and has now won it a staggering nine times.

The Serbian has tasted glory in Australia for the last three years and hasn’t lost a match there since being stunned by the unseeded Hyeon Chung in the fourth round in 2018.

Last year, Djokovic was in mesmerising form as he went on to lift the trophies at the French Open and Wimbledon to move level with Rafael Nadal and Roger Federer on 20 Grand Slam titles.

Djokovic is favourite to win in Melbourne once again this year, with the likes of Daniil Medvedev, Alexander Zverev and Nadal also vying for the prize.

January 5, 2022 Tennis Comments Off on Australian Prime Minister threatens to throw Novak Djokovic ‘on the next plane home’
NFL News