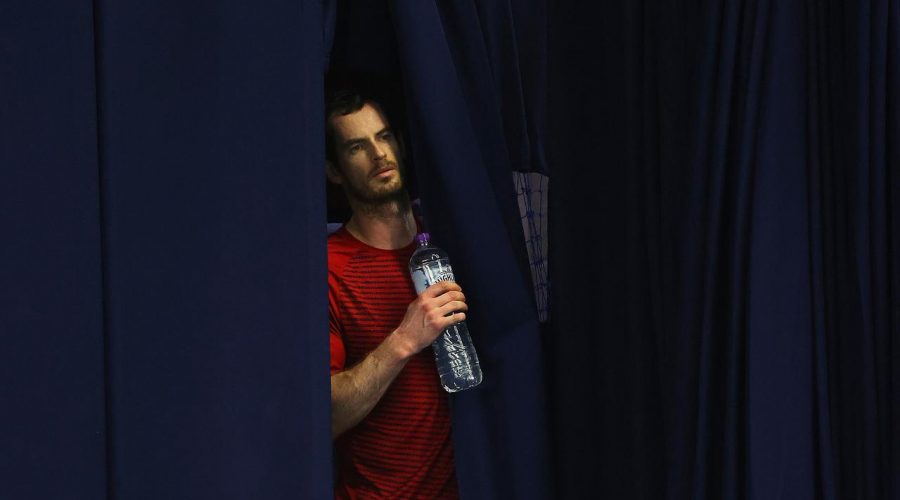 Andy Murray’s participation in the Australian Open has been thrown into doubt after it was revealed on Thursday he had tested positive for coronavirus.

The British former world number one was due to travel to Australia on one of a series of charter flights laid on by tournament organisers but is still isolating at home in London.

It is understood that Murray, apparently in good health, is hoping to be able to arrive in Australia at a later date.

But a statement from Australian Open organisers would have hardly filled fans of the 33-year-old with confidence he will take part.

“Andy Murray has advised that he has tested positive to COVID-19 and is isolating at home in the UK,” they tweeted.

“Unfortunately this means he will be unable to join the official AO charter flights arriving in Australia in the coming days to go through the quarantine period with the other players.

“The AO fans love Andy, and we know how much he loves competing here in Melbourne and how hard he’d worked for this opportunity.”

More than 1200 players and support staff are arriving in Australia from Thursday for 14 days’ quarantine.

Craig Tiley, the Australian Open tournament director, has spent months trying to deal with the logistical nightmares of hosting the Grand Slam during a pandemic.

Tennis Australia said players were only allowed into the country with proof of a negative COVID-19 test prior to departure, or with approval as a recovered case at the discretion of the Australian government.

In another blow, American world number 16 and former US Open runner-up Madison Keys joined compatriot Amanda Anisimova by saying she too had tested positive for COVID-19.

“I am very disappointed not to be able to play in the coming weeks after training hard in the off-season and knowing Tennis Australia and the tours did so much to make these events happen,” said the 25-year-old.

“I am self-isolating at home. I look forward to being back on tour next month.”

Elsewhere, Rafael Nadal’s coach Carlos Moya said he will not attend the Australian Open due to coronavirus travel restrictions.

Nadal is aiming to clinch a 21st major title in Melbourne, which would put him ahead of Roger Federer’s 20 as the most successful men’s player of all time.

World number three and US Open champion Dominic Thiem has had to travel to Australia without his coach Nicolas Massu who also tested positive for coronavirus.

But in perhaps the most concerning news for Victorian locals fearful the tournament could spark a new wave of the virus, America’s Tennys Sandgren tweeted he’d boarded a flight for the Australian Open despite testing positive.

The world number 50 sparked a flurry of concern after sending out a series of tweets before his departure from Los Angeles, initially saying he tested positive on Monday and would miss his flight.

It was his second positive result, having originally been diagnosed with COVID-19 in November.

But an hour later he said: “Wow I’m on the plane. Maybe I just held my breath too long. Craig Tiley is a wizard.”

Tennis Australia insisted Sandgren wasn’t a risk. “In the case of Tennys Sandgren, who has self-disclosed that he previously tested positive in late November, his medical file had to be reviewed by Victorian health authorities.

“Upon completion of that review he was cleared to fly.”

Murray, the five-time Australian Open runner-up, pulled out of last week’s ATP event in Delray Beach, Florida, as he wanted to “minimise the risks” in the run-up to the year’s first Grand Slam.

After slumping to 123rd in the world rankings, he was handed a wildcard for the Australian Open which starts on February 8, three weeks later than normal.

The three-time major winner is hoping to make his first appearance in Melbourne since the emotional events of 2019, when he revealed the extent of his right hip problem and raised the possibility of imminent retirement.

Murray was able to return to playing after a hip resurfacing operation but has experienced several setbacks since.

The Scot was able to play just seven official matches in 2020 because of a lingering pelvic injury, and the coronavirus-enforced suspension of the season.

January 14, 2021 Tennis Comments Off on Australian Open off to a shaky start as positive COVID tests wreak havoc
NFL News