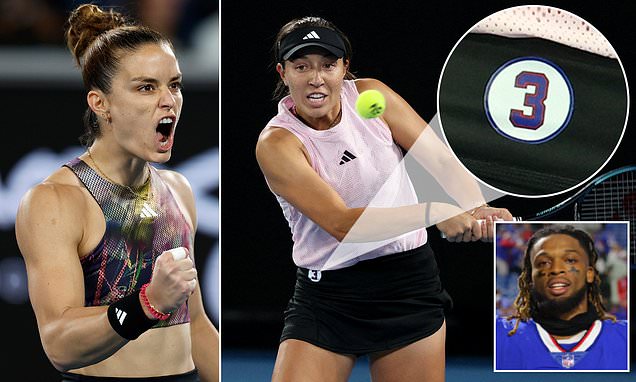 Greek star RAGES at Russian hotshot’s wild antics during heated clash while American No. 1 Jessica Pegula offers her support to Damar Hamlin… FIVE things you might have missed from the Australian Open

The Australian Open was slow out of the blocks on Wednesday, with Melbourne’s chaotic weather wreaking havoc on the tournament.

The searing heat, followed by the torrential rain, has been the biggest opponent to many players so far, with Thanasi Kokkinakis waiting 20 hours to complete his first round match.

Sportsmail looks at the five things you might have missed overnight from Day Two of the competition. 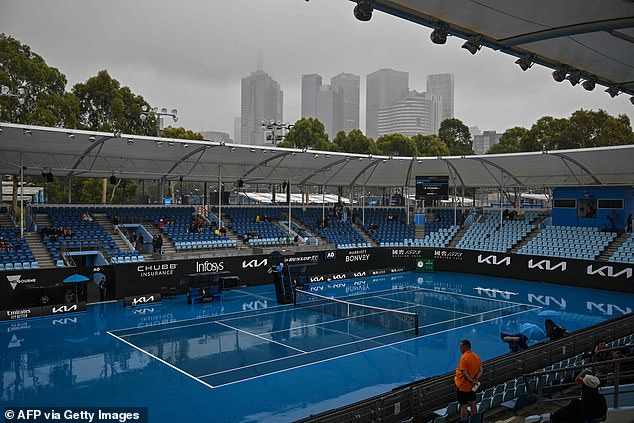 With the Melbourne weather doing a passable impression of a wet weekend in Bognor, play was restricted until 6pm local time to the three courts at Melbourne Park which have a roof.

This city’s weather is notoriously changeable, with temperatures plunging from 100 on Tuesday to the low sixties with constant showers. It is expected to warm up again at the weekend, but not to the extent of earlier this week. 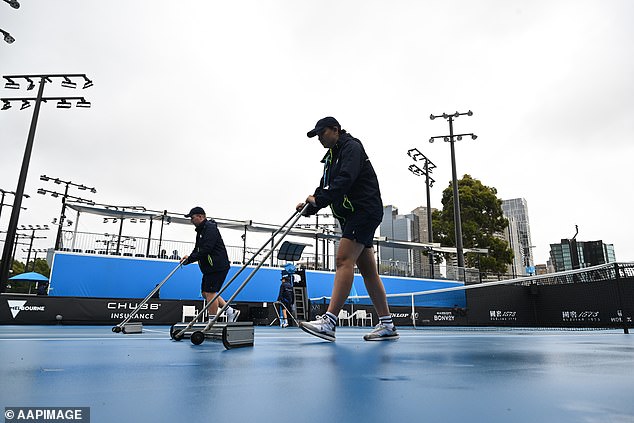 Play was restricted throughout Wednesday, but things should clear up later in the week

IT’S ALL GREEK TO ME

Greek number six seed Maria Sakkari was less than impressed with the behaviour of feisty teenage Russian opponent Diana Shnaider as she narrowly avoided a second round upset.

At the end of a tense second set Sakkari told the umpire: ‘If she screams in my face one more time I am going to call the Referee.’ Shnaider is currently at college in America and plays as an amateur. 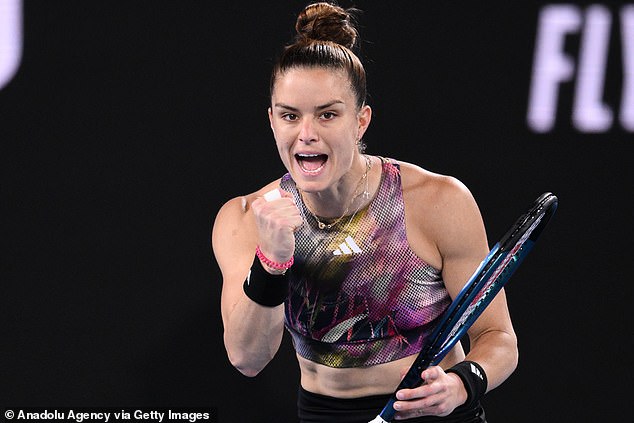 LEAVING IT A LITTLE LATE, AREN’T YOU FOLKS?

The second round match of Cam Norrie was expected to be a victim of the weather, as he was due last on tonight against France’s Constant Lestienne.

Jamie Murray was among many players unhappy that the day’s full schedule was only released at 1130pm on Tuesday night, describing it as ‘unfair’ and not giving performers enough time for preparation.

JESS SHOWS HER SUPPORT FOR HAMLIN

American number one Jessica Pegula wore a patch with the number three on it as she made the third round with a 6-2 7-6 victory over Aliaksandra Sasnovich.

All week Pegula has been keen to show her support for heart attack victim Damar Hamlin, who wears that number on her jersey when he plays for the Buffalo Bills.

Pegula is not from the wrong side of the tracks – her father Terry owns the Bills. 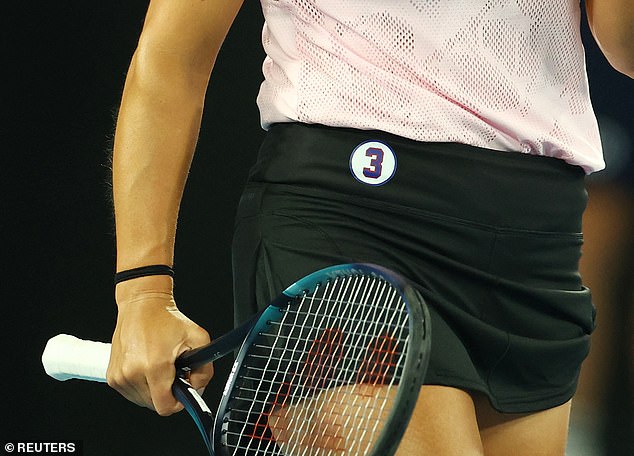 NO NETFLIX CURSE FOR FELIX

With the Netflix curse on stars of the Break Point documentary being all the talk, it seemed another of them, Felix Auger-Aliassime, was going to join them on an early flight home.