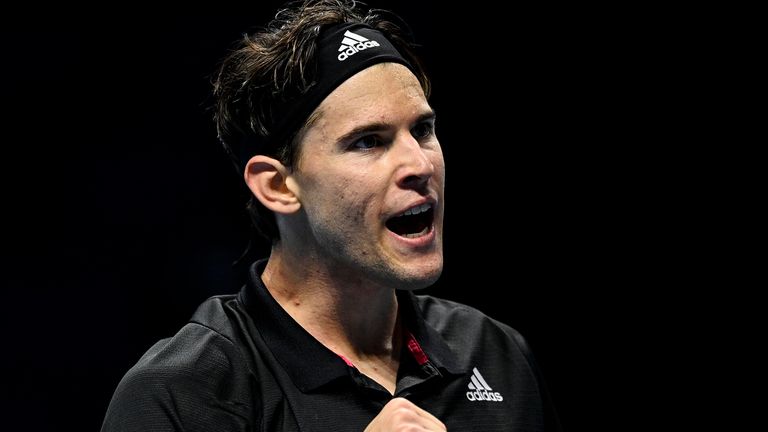 It was a rematch of last year’s final, which Tsitsipas won on a deciding tie-break to claim the biggest title of his career, and this time US Open champion Thiem came out on top in a 7-6 (7-5) 4-6 6-3 victory. “It was a tough match, both of us served well and conditions were fast. I know how important it is to have a good start in the first match here.”

Much has changed in 12 months, of course, and there were just a smattering of people in the vast O2 arena to watch the contest, with the event being played behind closed doors.

Thiem is bidding to end the season at a career-high No 2. The Austrian can overtake Nadal if he wins the title with a 3-0 or 2-1 round robin record. Nadal will maintain his position if he can win two matches at this event.

If anyone can be said to have had a good 2020, then one of those few is certainly Thiem, who won a hard-fought-for first Grand Slam title in New York having also reached the Australian Open final.

The 27-year-old has transformed himself into one of the world’s leading lights on hard courts over the last couple of years.

The high point of Tsitsipas’ season was a run to his second Slam semi-final at the French Open last month but since then he has been troubled by a leg injury.

As we begin the #NittoATPFinals in London, we would like to thank the NHS & all key workers for their incredible efforts in 2020. pic.twitter.com/4EBmsEh8qg

It was the 22-year-old who was under the most pressure during a very close first set but he saved the three break points he faced and looked in control when he opened up a 5-3 lead in the tie-break.

But Thiem responded brilliantly to force a set point and then made Tsitsipas pay dearly for failing to put the ball away.

The first break of the match came for Tsitsipas in the third game of the second set, and he held onto his advantage to level things up. 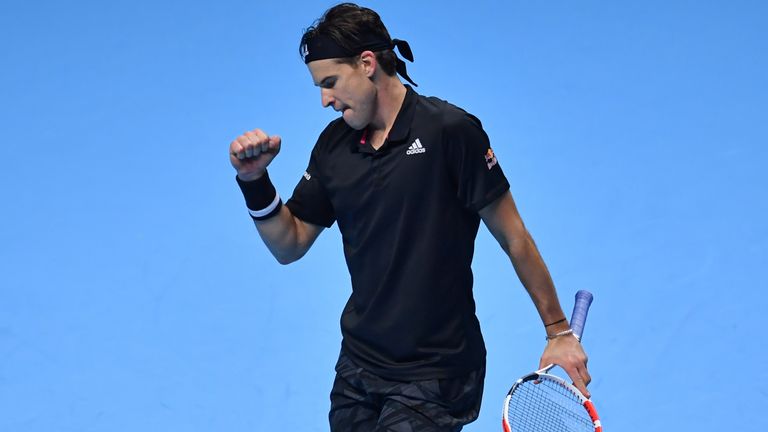 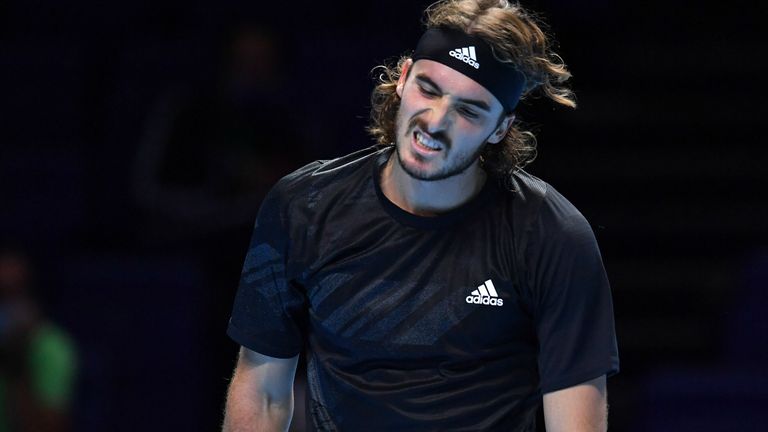 “He dealt with my serve better and took time to step back and apply more pressure to me [on] some of the second serves that I had early in the third set. I think that paid off for him.”

Thiem, making a fifth consecutive appearance at The O2, stepped up his intensity at the start of the decider and was rewarded with a first break of the Tsitsipas serve to go 2-0 ahead.

Both men were showing plenty of emotion now but Thiem kept his cool when it mattered to serve out the match after two hours and 18 minutes.

Prior to the match, Novak Djokovic stepped out on court to receive his trophy for clinching the year-end No 1 ranking for a record-equalling sixth time.

Djokovic, who is also chasing a sixth ATP Finals title, begins his campaign on Monday against Andrey Rublev