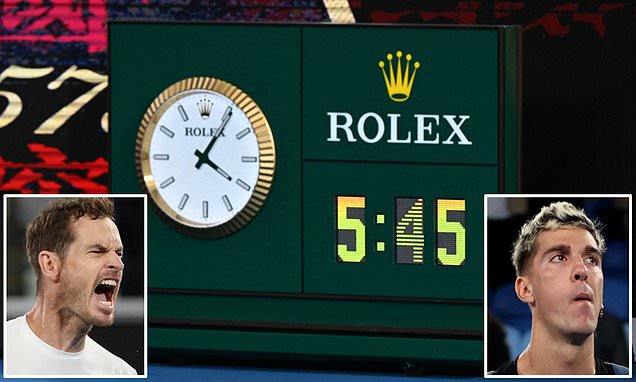 Andy Murray secured one of his most extraordinary victories after playing into the middle of the night, and then branded the Australian Open scheduling as ‘a farce’.

He then questioned the wisdom of a programme that is always in danger of spilling into the early hours. 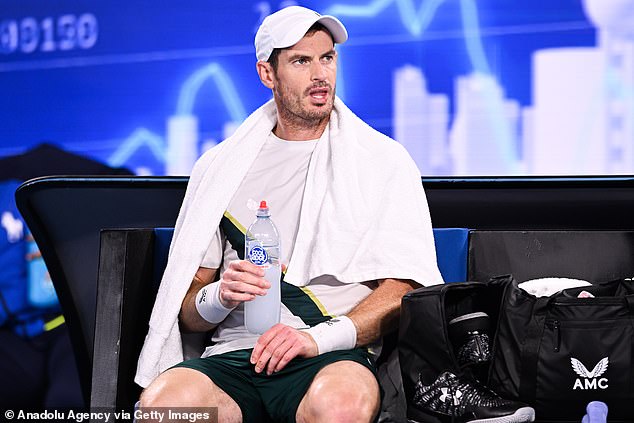 Andy Murray hit out at the Australian Open organisers, describing the late schedule as a ‘farce’

‘I don’t know who it’s beneficial for,’ said Murray. ‘We come here after the match and that’s what the discussion is, rather than it being like, the epic Murray-Kokkinakis match. It ends in a bit of a farce.

‘Amazingly people stayed until the end, and I really appreciate them doing that and creating an atmosphere for us at the end.

‘ Some people obviously need to work the following day and everything. If my child was a ball kid for a tournament and they’re coming home at five in the morning, as a parent, I’m snapping at that. 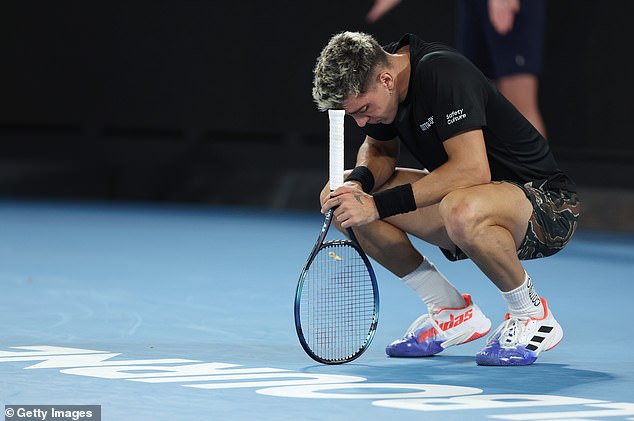 ‘We talk about it all the time, and it’s been spoken about for years. But when you start the night matches late and have conditions like that, these things are going to happen.’

Murray also pinpointed the dipping night temperatures as another reason the match had gone on so late. Numerous players have been unhappy with the slow speed of the balls this year.

‘That’s what’s going to happen when you play in cold conditions at that time of the day and with balls like that. You’re going to get long rallies long points. I actually felt better on the court today physically than I did the other day which is a positive thing but finishing at four o’clock isn’t ideal.

‘When we started tonight, at the beginning of the match, it felt like there was no pressure in the ball, flat almost. Thanasi was complaining about it quite a lot during the match as well. So it’s just difficult to hit winners.’ 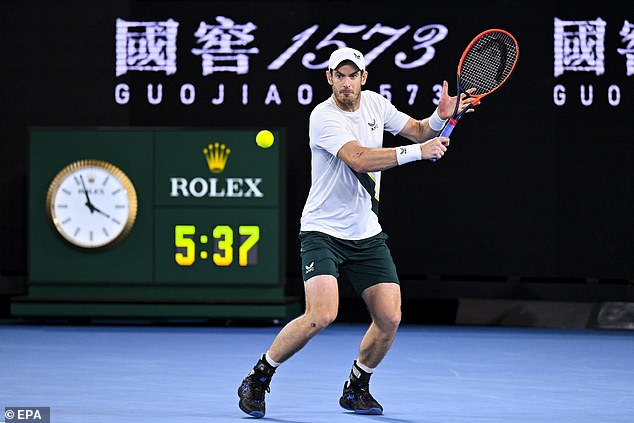 The Scotsman’s second round match finished at 4.05am local time after over five hours of play

Murray had also complained to umpire Eva Asderaki Moore about not being allowed to take a third toilet break, as only two are allowed.

‘I understand, obviously, the rules on the tour with toilet breaks and the bathroom breaks and I’ve obviously been very vocal about that. But it’s three in the morning and I’ve been drinking all day. I need to go to the toilet and it’s just frustrating in that moment.

‘You don’t want people taking advantage of the rules but when you’re sticking players on the court at three, four in the morning then sometimes there needs to be a little bit of leeway.

‘The match was obviously very up and down. There was frustration and there was tension, there was excitement. It’s obviously amazing to win the match but I also want to go to bed now. It’s great but I want to sleep.’