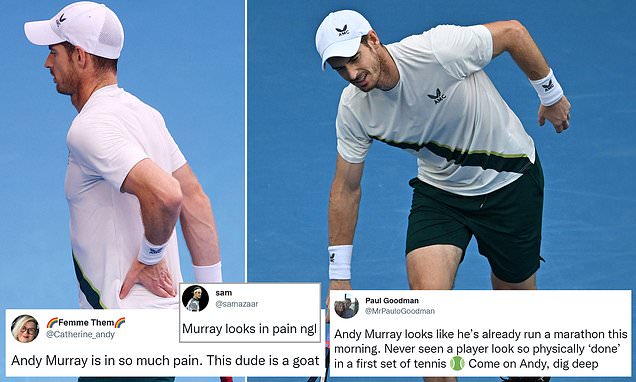 ‘Never seen a player look so “done” in the first set’: Tennis fans watch on as Andy Murray looks ‘in pain’ struggling with his metal hip after losing first set to Roberto Bautista Agut… before valiant effort sees him lose in four sets to Spaniard

Tennis fans flocked to social media as Andy Murray took on Roberto Bautista Agut in the Australian Open third round on Saturday, with the Scot visibly struggling with his hip.

The former world No 1 – who is the last Brit standing – quickly found himself a set down to Bautista Agut on Saturday morning inside 29 minutes, and his hip was causing him clear problems.

Murray has had issues with his hip after developing osteoarthritis and has undergone surgeries several times, including a resurfacing operation – but that did not stop him recording a stunning five-set win over Thanasi Kokkinakis. 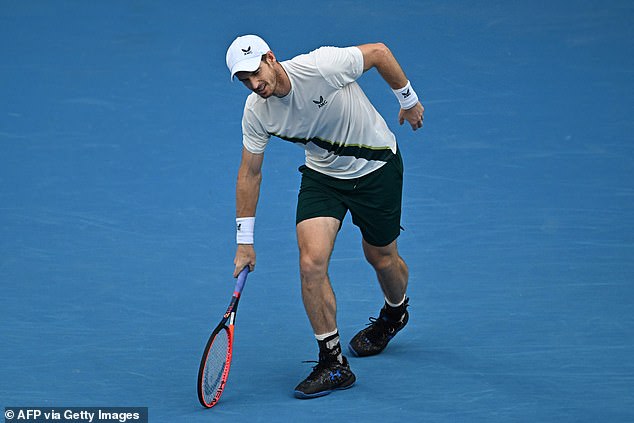 Tennis fans at home were left wincing early on in the encounter with the 24th seed, and the three-time Grand Slam winner was seen holding his lower back on several occasions in the blistering first set. 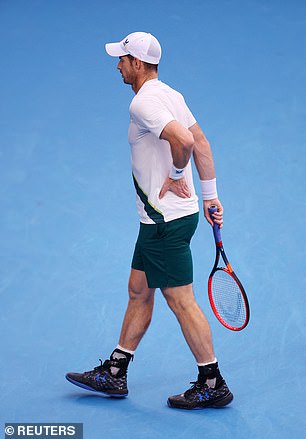 The Scot is known for his ability to play through the pain barrier and pursue victory seemingly regardless of the physical toll it could take.

Supporters were quick point out that the Scot was in trouble, with one writing on Twitter: ‘Murray looks in pain ngl.’

A second echoed the sentiment, with: ‘Murray looks like he’s in pain and really struggling to even move #AusOpen2023.’

A fourth viewer claimed that Murray’s dogged hard-work whilst suffering was a sign of his greatness, writing: ‘Andy Murray is in so much pain. This dude is a goat.’ 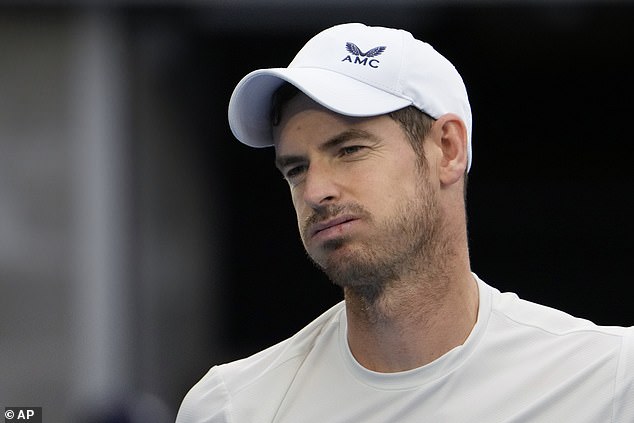 For a fifth, Murray’s success despite his debilitating hip injury was an inspiration, adding: ‘Watching @andymurray vs Agut. As someone in their 40s with a troublesome hip it’s inspirational to see someone come though it and perform at an elite level.’

And a sixth fan thought Murray looked ‘physically done’ after the opening exchanges of the match, stating: ‘Andy Murray looks like he’s already run a marathon this morning. I’ve never seen a player look so physically “done” in a first set of tennis. Come on Andy, dig deep.’

But for other tennis fans, a set down in 29 minutes was still too early to suggest that Murray would lose the game – especially after he came back from 5-2 down in the third set to Kokkinakis only two days before. 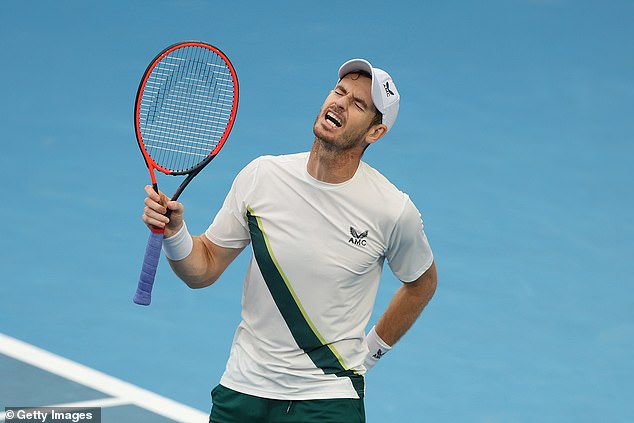 One fan joked: ‘Andy Murray has lost the first set so he has Bautista Agut right where he wants him,’ followed by a laughing emoji.

And a last fan praised the Scot’s spirit in the face of defeat, and felt that Murray would still somehow find a way to win, writing: ‘Andy Murray looks exhausted, but somehow I believe he can win this. Testament to his ‘never say die’ lionheart character.’

January 21, 2023 Tennis Comments Off on Andy Murray is in 'so much pain' against Roberto Bautista Agut
NFL News