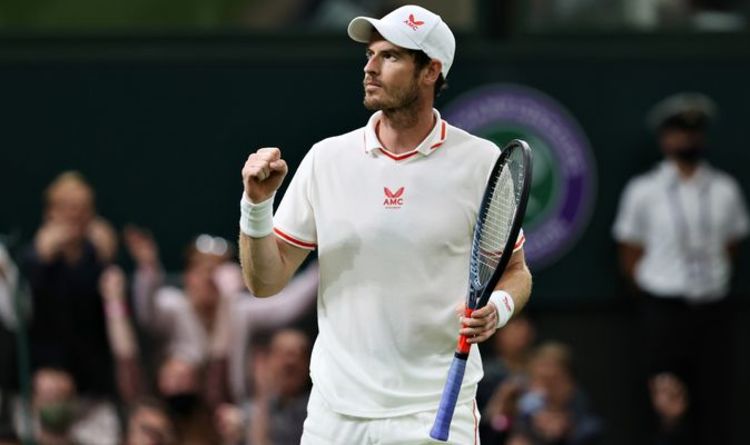 Andy Murray tests positive for coronavirus ahead of tournament

Andy Murray’s 2021 season recently came to an end at the ATP 250 in Stockholm. The three-time Grand Slam champion has been continuing his comeback from hip resurfacing surgery in the last couple of years, and started to gain momentum during the second half of the season. Fellow former British No 1 Greg Rusedski has now opened up on the one thing Murray needs to do to ensure his comeback is even more successful next season.

Murray was world No 1 when he limped off of Wimbledon’s Centre Court back in 2017, with a hip injury that would see his career almost come to a halt over the next few years.

After some short-lived comeback attempts in 2018, the three-time Major champion arrived in Melbourne for the 2019 Australian Open in January, announcing he would be retiring as his body was unable to hold up, but then underwent a hip resurfacing surgery – having a metal joint put into his hip – just weeks after announcing the end of his career.

The Brit was able to make a successful return to competition, winning his very first tournament in the doubles alongside Feliciano Lopez at Queens a few months later, as well as a singles title in October of that year, defeating fellow three-time Grand Slam title winner Stan Wawrinka in the final of the European Open in Antwerp.

However, his comeback has been stop-start ever since, as he dealt with a bone growth associated with his hip surgery at the beginning of 2020 before the tour was shut down during the pandemic, and was forced to miss the 2021 Australian Open after testing positive for Covid.

The current world No 134 then returned on the grass courts, losing to top seed and eventual-champion Matteo Berrettini in the opening round at Queens before going on to have a great run at Wimbledon, defeating 24th seed Nikoloz Basilashvili and qualifier Oscar Otte in two dramatic matches until he fell to 10th seed Denis Shapovalov in the third round.

Murray then got a some wins his belt during the North American hard-court swing and pushed third seed Stefanos Tsitsipas to five sets in a blockbuster US Open first-round clash, but it wasn’t until after the summer that his comeback really gained momentum.

The 34-year-old made two quarter-finals at the ATP 250 events in Metz and Stockholm, got to the third-round in Indian Wells, and beat top young players including Frances Tiafoe and Carlos Alcaraz, also getting two top ten wins over Hubert Hurkacz and Jannik Sinner, before ending his season with a loss to eventual-champion Tommy Paul in Stockholm.

The former world No 1 now goes into the off-season with overall positive signs, and will be looking to build on his current momentum in 2022, when he will hope to have a more consistent season and be able to play the full calendar.

Ahead of next season, former world No 4 and retired Brit Rusedski has shared the one question mark he has over Murray’s upcoming season, after the 34-year-old said his goal was to make deep runs at tournaments and get beyond the first couple of rounds.

“Well I think he was really unlucky this year because before Australia he caught Covid and he’d been working and training really hard,” Rusedski said, speaking exclusively to Express Sport.

“As he said ‘I don’t want to lose in second and third rounds’, the question mark for me is always ‘how is the body?’ It’s not the work ethic, it’s not the match IQ, it’s whether his body will hold up in match three, four and five. And that’s the question mark.

“He’s beaten Sinner, he’s beaten Hurkacz, two top ten wins to end the season off. So if he can manage his body, that’s the biggest question mark because it’s been a four year project, and I hope he finds a way.”

Rusedski, a former British No 1 and the runner-up at the 1997 US Open, also believes Murray can go deep in big tournaments, including Grand Slams, if his body holds up next year.

He continued: “And if he can stay healthy for a long period of time, there’s no reason why he can’t play well, get to second weeks of Majors.

“But it all comes down to, does his body allow him to do so? Because the older we get, unfortunately, we’re not like a fine body of red wine, we don’t get better with age unfortunately.

“And he’s had a lot of surgeries, but he has put in one heck of an effort to try and put himself into a position to play some great tennis again.”
Source: Read Full Article

November 25, 2021 Tennis Comments Off on Andy Murray has one ‘question mark’ that could prevent successful 2022 comeback season
NFL News