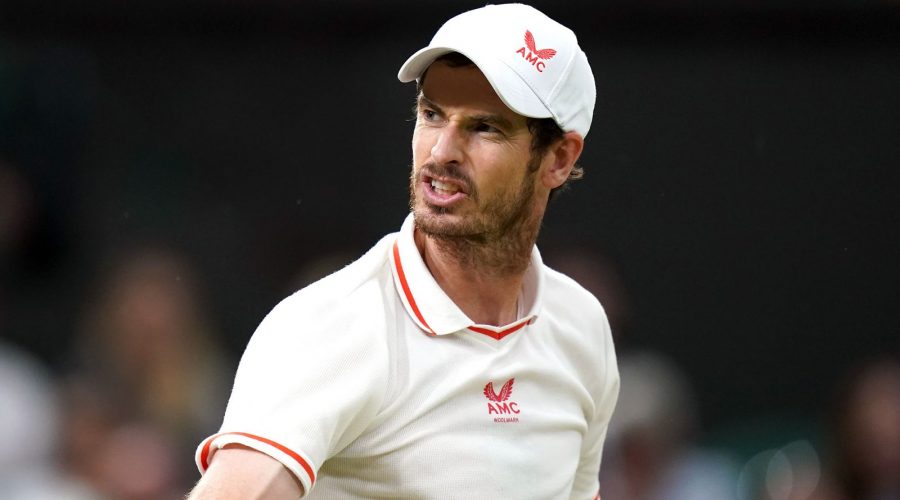 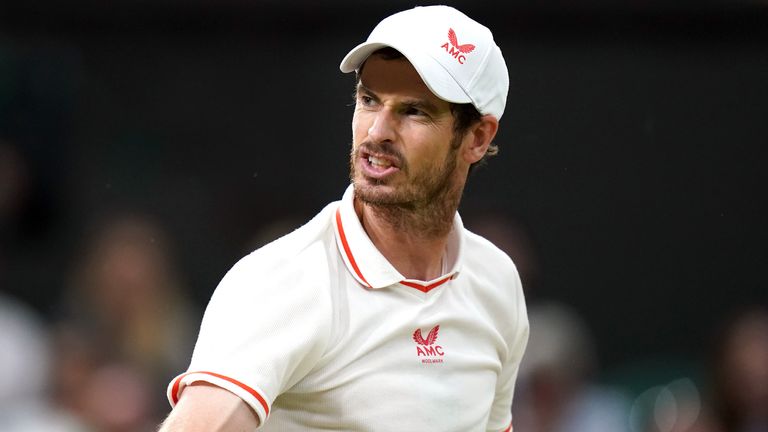 Andy Murray raised question marks about his future after feeling “extremely frustrated” at the manner of his Wimbledon exit at the hands of Denis Shapovalov.

The 34-year-old had won back-to-back matches at a Grand Slam for the first time since his hip problems started in 2017, but 10th seed Shapovalov was a step up from Nikoloz Basilashvili and Oscar Otte, as Murray was comfortably beaten.

Murray walked off Centre Court to a standing ovation and he will now focus his attention on the Tokyo Olympics where he will be defending the singles title he won in London and Rio de Janeiro. 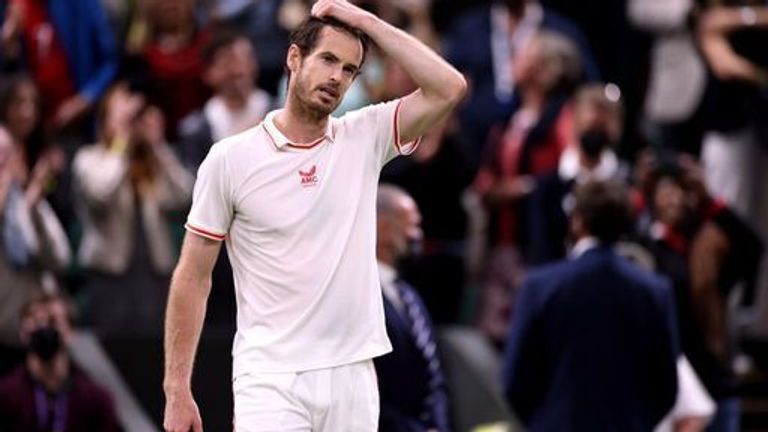 “Is all of that training and everything that you’re doing in the gym, unless you’re able to practise and improve your game and get matches and get a run of tournaments, is it worth all of the work that you’re doing?”

After his victory over Basilashvili, Murray had asked why he would want to give up such occasions, but those two conflicting emotions were playing on the Scot’s mind.

He said: “It was great playing in front of the crowds again. I got amazing support here. I’m very thankful for that. Something I have missed. It kind of reminds you why you do all of the work and everything.

“But then, on the flip side of that, the positive part is getting through the matches and feeling OK physically and not getting injured.

“That’s good but then there is a part of me that feels a bit like I have put in so much work the last three months and ultimately didn’t play how I would want and expect, and it’s like, is it worth it?

“Is all of that training and everything that you’re doing in the gym, unless you’re able to practise and improve your game and get matches and get a run of tournaments, is it worth all of the work that you’re doing?

“There is part of me that feels like, yes, it is, because I had great memories and stuff from this event and playing in some brilliant atmospheres. But I finished the match tonight and I’m saying to my team, ‘I’m just not happy with how I played’.

“So, unless me and my team can find a way of keeping me on the court for a consistent period of time and allow me to practise the way that I need to compete with these guys, that’s when the discussions about what I do next will come in.

“Because I have genuinely put a lot into this to get to this point, but I’m not being able to practise and prepare how I need to perform how I would like at these events.

“I’m not expecting and saying I would beat Denis Shapovalov. He’s a brilliant player. But I feel like I can do a lot better than what I did this evening.” The Scot, who also played two competitive best-of-three set matches at Queen’s Club, gave an honest assessment of his week, saying: “(It) has been really good in some ways, but it’s been frustrating too. I played two long matches, and it’s really significantly more than anything I have done in the last six months really.

“So if my game is not quite spot-on physically, I’m not perfect, or physically really fresh, it’s going to be hard for me.

“It’s extremely frustrating, because I feel like I put a lot of work into getting to this point, and then obviously to lose like that is tough. Being as good as he is. I don’t want to take anything away from his performance. He played really, really well. But f I’m going to put that much effort in, I want to be performing better than what I did here. Even though there were some great moments.” Murray did, however, offer some positives in the fact there was no recurrence of the groin injury which has hampered his stop-start season since the Miami Masters in March.

“There was moments of really good tennis mixed in with some pretty bad moments. I should really have been off the court in three sets against Basilashvili. No excuse for what happened in that match,” he said.

“And you need all of your reserves and to conserve as much energy as you can during these events. I messed up there.

“I was a set and a break up against Otte and immediately lost three games on the spin and was the break down and then two sets to one down. It’s like, those sorts of things I could have put myself in a much better position going into today.

“It was positive that I got through the event without getting hurt, but I feel like I can do better tennis-wise. I feel like I can play better and close matches out better. But to do that, I need time on the match court and I need more time on the practice court, and I’ve had neither in the last few months.”

Three years ago if you told Andy Murray he would be in the 3rd round in the 2021 @Wimbledon, he would have raised his hand, yes please!! 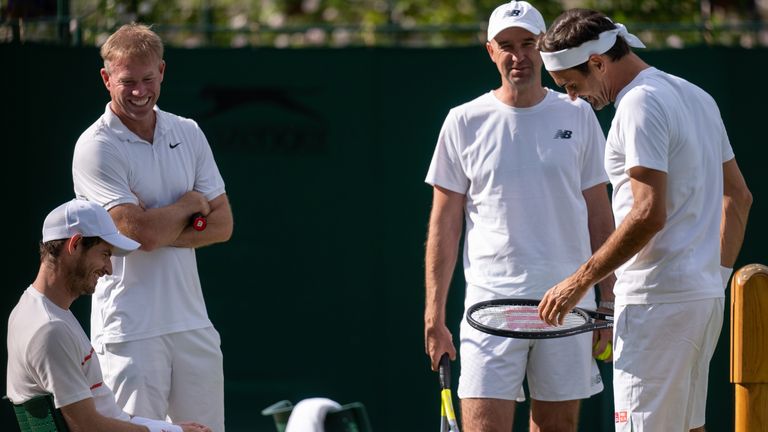 Murray plans on preparing for the Tokyo Games, which start on July 23, by practising with doubles specialist Joe Salisbury. When he arrives in Japan, the back-to-back men’s singles gold medallist says he doesn’t mind the strict coronavirus restrictions which will be put in place in the bubble for athletes, saying “I’m all right with that”.

The three-time Grand Slam champion is currently coached by Jamie Delgado with strength and conditioning guru Matt Little also part of the team.

Former coach Mark Petchey recently joined the set-up, but the Scot remains unsure how long he plans on staying as part of the team due to his TV commitments. Murray also indicated he has no plans on hiring anyone else.

He added: “I’ll need to chat a bit about that with Petch and see kind of what we do between now and the end of the year. But I don’t have any plans of adding any other coaches, not spoken to anyone else about that. I think two is enough.”