Andre Agassi has been tempted back into tennis by the thought of helping Grigor Dimitrov fulfil his as yet unrealised potential.

The American legend has turned up in Paris this weekend ahead of the Rolex Masters and been on court with the gifted Bulgarian, who has been in a form slump and failed to qualify for the coming Nitto ATP Finals in London, where he would have defended his title from last year.

Agassi has been invited to add his expertise by Dimitrov’s coach Dani Vallverdu on a consultancy basis, perhaps along the lines of the way that he worked with Ivan Lendl in tandem when guiding Andy Murray to Grand Slam titles. 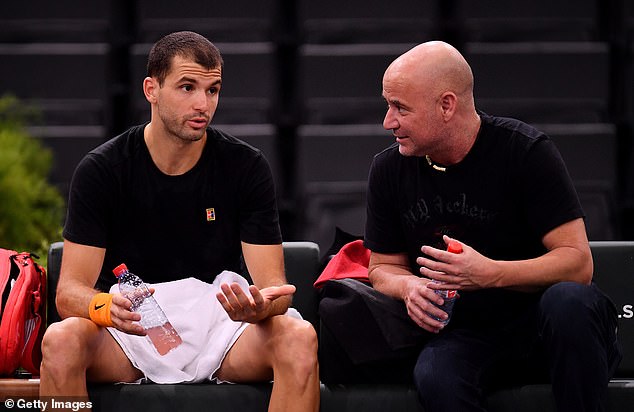 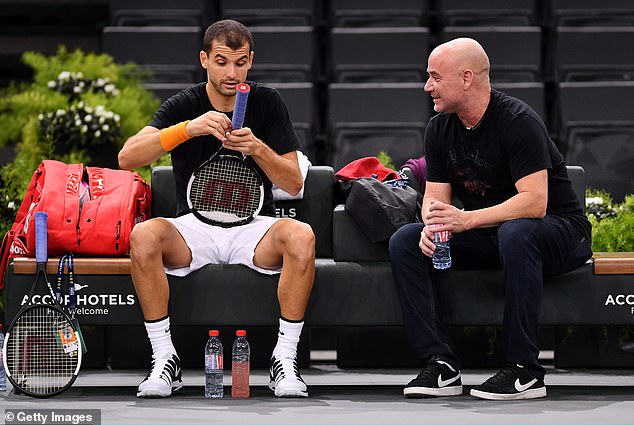 The eight-times Major champion will spend several days in the French capital, looking over the Bulgarian who has failed to build on what looked like a breakthrough when he triumphed at the 02 Arena last November.

‘I asked Andre to join us,’ Vallverdu told Sportsmail on Sunday. ‘Both Grigor and myself think he can help in a few areas, he has known him well since the juniors and they have spent time together. The whole team is looking forward to having him around.’

In late March Agassi concluded an ill-starred spell working on an informal and unpaid basis with Novak Djokovic, who was going through an existential crisis as a player following him holding all four Grand Slam titles. 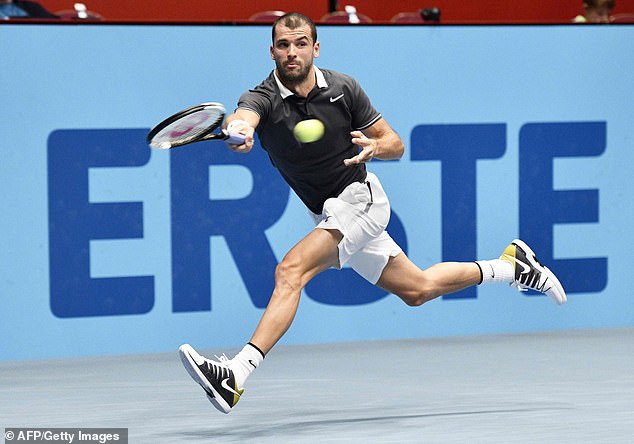 It did not appear to end entirely amicably, with Agassi saying that ‘we agreed to disagree far too often.’ Subsequently reuniting with his old coach, Marian Vajda, proved the spark for Djokovic’s current revival.

However the Serb was also having elbow problems which resulted in surgery back in February, so it was hardly the ideal time for Agassi to join him. It may be that Dimitrov, a more malleable character, will prove a better fit for the 48 year-old American’s undoubted experience.

It has not yet been established how many weeks next year Agassi, who is a reluctant traveller, will be around in his new association but it seems unlikely that it will come close to being full-time.

October 29, 2018 Tennis Comments Off on Agassi tempted back into tennis to help Dimitrov fulfil his potential
NFL News