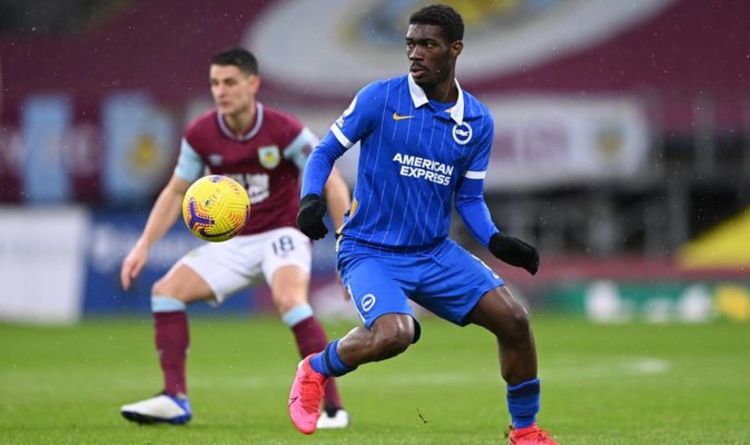 Brighton midfielder Yves Bissouma has spoken about his future amid transfer interest from Arsenal and Liverpool. Bissouma has attracted the attention of some of the world’s biggest clubs following his impressive performances for the Seagulls this season.

The 24-year-old has proven himself as a combative and dynamic presence in Brighton’s midfield, with Leeds United defender Luke Ayling (92) the only player in the Premier League to have won more tackles than his 88 in 2020/21.

The Mali international has starred for Graham Potter’s side, making 31 appearances in the top flight, with Brighton in 17th place, seven points clear of the relegation zone.

The Athletic recently reported that, although Brighton do not want to sell their star midfielder, owner-chairman Tony Bloom has given him a £40million price tag.

Bissouma, who joined the club from Lille in 2018 for a fee in the region of £15m, is contracted to the Seagulls until the summer of 2023 and says he is not thinking about leaving at the end of the season.

“I don’t have much to say about that [transfer speculation] because I’m at Brighton for the moment,” Bissouma told The Argus. 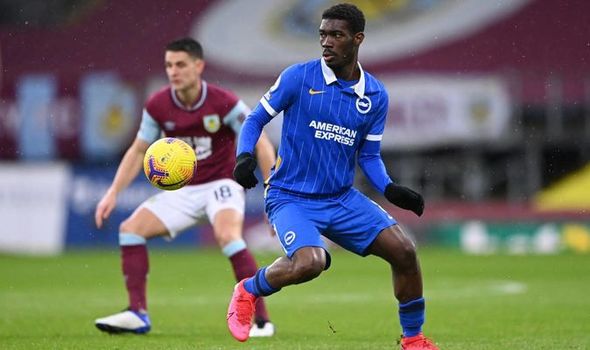 “I consider myself a Brighton player, so the most important thing right now, as I said, is to stay up. We’ll try and stay up, and God willing, we’ll see how things go next season.”

Brighton have won just seven of their 33 Premier League games this season, but have drawn a league-high 13 matches and Bissouma believes they can turn those draws into wins and push on next year.

Brighton manager Potter is keen to hold onto his star player, but admitted recently that the club may be unable to turn down bids this summer.

“The exciting thing for Yves is he can still improve some more, he’s not at the top,” Potter said last week ahead of Brighton’s 1-0 defeat by Sheffield United.

“Like any player, we have to be honest and also sensible enough to know that if a player is good enough to play at that level and has that opportunity then we shouldn’t be afraid of that, we shouldn’t be scared of that.

“Clearly there is a consequence for that in terms of transfer fees etcetera but that’s something out of our control and my control but it’s nothing for us to feel negative of, it should be a feeling of pride.

“At the same time, Yves is happy, enjoying his football, enjoys his life. He knows he’s in an environment here that people care for him, that look after him, that want the best for him, so he’s in a really, really good position.

“You just have to trust in the process and keep helping him enjoying his football and who knows what happens?”