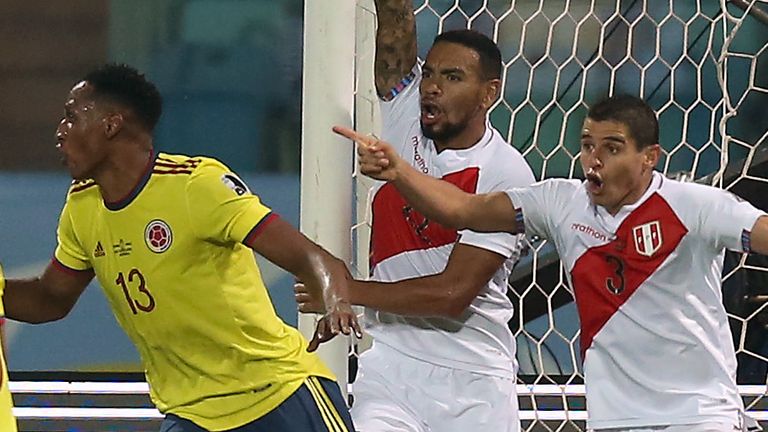 Yerry Mina’s own goal in the second half saw Colombia crash to a  2-1 defeat by Peru in an absorbing Copa America clash on Sunday.

Peru took the lead in 17 minutes through Sergio Pena but Colombia equalised eight minutes into the second half when Miguel Borja scored from the penalty spot after he had been brought down by goalkeeper Pedro Gallese.

Peru got the winner 11 minutes later when Everton defender Mina was unlucky to see a cross ball bounce up on to his chest and past his own ‘keeper.

The result lifts Peru into third place in the five-team Group B with three points from two games, one point behind Colombia who have played a game more. Leaders Brazil have a maximum six points.

Ronald Hernandez scored his first international goal in stoppage time to give Venezuela a dramatic 2-2 draw against Ecuador.

The result means Ecuador have one point from two games in Group B and Venezuela have two points from three. 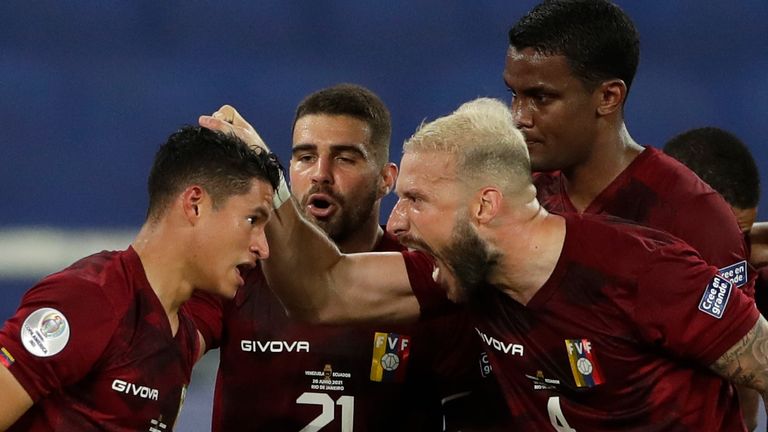 With four of five teams going through to the quarter-finals it promises a nail-biting finale in a group that also includes Brazil, Colombia and Peru.

Edson Castillo bulleted home a header after 51 minutes to equalise on his first international start for Venezuela only for Ecuadorian substitute Gonzalo Plata to race the length of the field and give his side a 2-1 lead with 19 minutes remaining.

Enner Valencia should have cemented the victory when he only had the keeper to beat 12 minutes from time but the Fenerbahce striker put his shot wide.

Just when it looked like Ecuador would escape with all three points Hernandez got on the end of a 40-metre pass into the box to loop a header past the stranded ‘keeper.