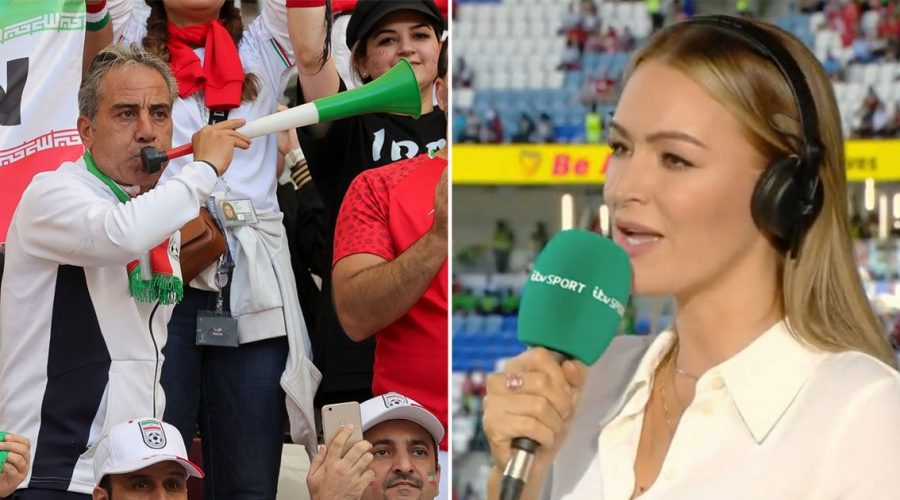 Laura Woods sensationally threatened to break a nearby vuvuzela that was causing a clamour during ITV's World Cup coverage.

First coming to light at the South Africa World Cup in 2010, the use of the plastic horn was subsequently banned due to concerns regarding loss of hearing. Though the deafening sound of the vuvuzela did make an appearance in Russia, mainly from Iranian supporters.

Now making a reoccurrence in Qatar, the deafening sound interrupted ITV's analysis and Woods was forced to push for an ad break whilst she located the rowdy fan. "I'm just going to go pop off for a second, find the vuvuzela, and break it over my knee," she joked on ITV1.

But mysteriously, when the team returned from the break the vuvuzela noise had vanished, leading to supporters questioning whether she had actually followed through on her promise.

"Pausing for an advert break whilst jokingly saying she’s going to snap a vuvuzela in half, only to return after the ad break to never hear it again," examined one fan.

HAVE YOUR SAY! Are FIFA right to ban vuvuzelas? Let us know in the comments section.

"Sounds like you have sorted that vuvuzela out," commented another. "about to destroy the vuvuzela," quipped a third.

"Threatening to smash that vuvuzela over her knee was gold !!" hailed a fourth. While a fifth fan wished Woods had snapped the instrument whilst the cameras were rolling, stating: "Watching you break that vuvuzela live on air, would have been TV gold."

Breel Embolo's second-half strike settled matters on the pitch with Switzerland recording a 1-0 win to go top of Group G ahead of Brazil's opening match against Serbia.