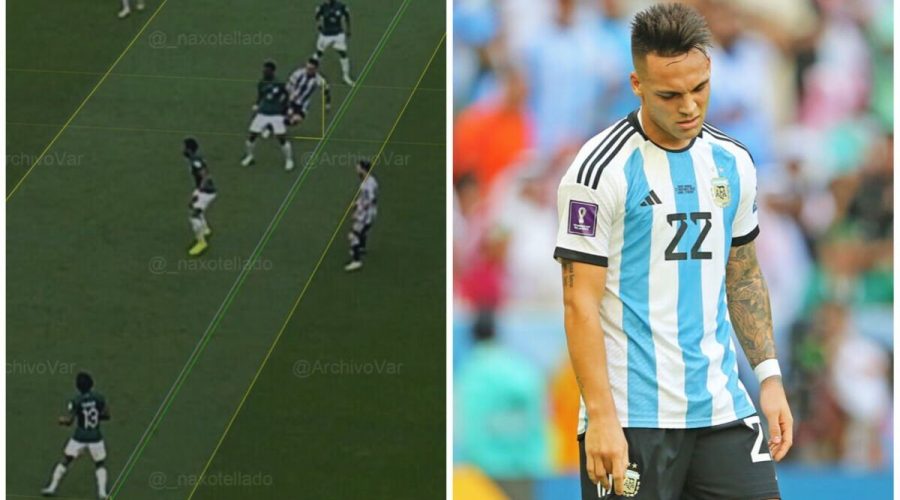 Argentina appeared to be the victims of a major VAR error during their humiliating World Cup defeat by Saudi Arabia on Tuesday. Lionel Messi and co. were dismal in their tournament opener but seemed to be unlucky over one particular offside decision.

The South American outfit went ahead through Messi’s first-half penalty and remarkably had three further goals ruled out for offside. But VAR might have made a big mistake with one of those.

Lautaro Martinez appeared to break through the Saudi Arabian defence before dinking the ball over the goalkeeper. The forward’s celebrations were cut short by the assistant referee’s flag.

A lengthy VAR check ensued, in which the semi-automated offside technology was used. ITV co-commentator Lee Dixon suggested that the goal had been given. “It’s come up on our little screens as onside,” the former Arsenal defender said.

It seemed that the VAR officials overruled the technology, though, with Saudi Arabia awarded a free-kick. Screenshots on social media now show that the officials might have missed that the Saudi left-back, Yasser Al-Shahrani, had played Martinez onside at the bottom of the screen.

The striker was instead compared to the defender he was closest to, and whom he had just strayed beyond by the time of the pass. The goal by the Inter Milan forward would have put Argentina 2-0 ahead just before half-time. They might have gone on to win the game and extend their unbeaten run to 37 matches.

The Saudi king, Salman bin Abdulaziz, has declared a public holiday following the triumph. Workers on the public and private and public sectors, in addition to students, will get the day off to celebrate Saudi Arabia’s success.

The Argentinian media meanwhile ripped into Messi and head coach Lionel Scaloni, while questioning the commitment and desire of the entire team. Scaloni felt that the result might have been different had one of the offsides fallen his side’s way.

The former West Ham defender said: “The first half was all ours and those offside situations could easily have been goals. In the second half, they had us tied. We will analyse it better later. The players are disappointed by the result but we know we can turn the situation around.”

Meanwhile, Messi reflected: “Now we have to show that we are a real group. There are no excuses. We have to correct what we have done wrong and try to get things done. I’m fine but disappointed with the result.”