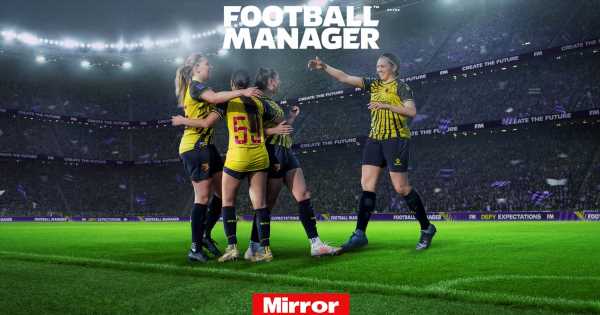 Women's football will be fully incorporated into future versions of Football Manager, Sports Interactive and SEGA Europe have confirmed today.

There will be no standalone women's football version of Football Manager, instead, women’s football will be fully incorporated into FM’s living, breathing world, with managers able to take control of either men’s or women’s clubs and move between them seamlessly, in what is a seismic moment for the Football Manager series and the gaming industry.

The studio has confirmed that there is no definitive date for when the project will be completed, but Sports Interactive's intention is to incorporate the women’s game as soon as realistically possible, even if it's ready halfway through a Football Manager game cycle.

* Click here to subscribe to Level up! The Esports and Gaming Show on Apple Podcasts, Spotify, Google Podcasts and Spreaker.*

Sports Interactive has appointed Tina Keech, a qualified coach and former head of research and analysis at Smartodds, as the Head of Research for Women’s Football, who has already started the process of building their women’s database.

Jacobson, Keech and the teams at Sports Interactive and Sega are tackling this project properly.

Instead of simply attaching a ponytail to the existing male 3D models, re-using male animations or even using the same attributes as male players, the studio is undertaking a huge multi-year project to make sure that women's footballers in the game will be represented as accurately as possible.

SI has already completed motion capture sessions with the London-based twin professionals, Rosie and Mollie Kmita. And there's a lot of work going on behind the scenes regarding creating accurate female 3D models including different body types, looking at the impact of the menstrual cycle on training and injuries, pregnancy, player attribute changes specifically for women footballers and much, much more.

Then there's the actual in-game text because, currently it's male-dominated and Sports Interactive say that more than 100,000 strings of texts will have to be re-written and translated into 19 languages, which works out to be approximately 3,000,000 words.

It might be a big project for SI, but they are hoping that this project will lead the way in the fight for equality for all, in sport, gaming and society as a whole.

Miles Jacobson, Studio Director at Sports Interactive, said: “We have NO interest whatsoever in making a standalone women’s football version of FM. What we are doing is adding women’s football to FM… one sport, one game.

“We want to be a part of the process that puts women’s football on an equal footing with the men’s game. We know that we’re not alone in this – the historic TV deal that Sky and the BBC recently agreed with WSL in England is proof of that – but we intend to do everything we can to get women’s football to where it deserves to be.”

The move to incorporate women’s football into FM has received support from leading figures inside the football industry, including Chelsea FC Women manager, Emma Hayes.

“Women's football is capturing the imagination of fans across the globe and we're making huge strides in terms of attendance figures and broadcast deals,” says Hayes.

“For the women's game to get to the next level, though, it needs to be recognised as an integral part of the world of football, not something separate and different. We want future generations to grow up in a world where football isn't divided into 'women's' and 'men's'… it's just football. The ambitious plan that the Sports Interactive team have for Football Manager will play a huge part in getting us there.”

With more than 50 countries to manage in and a database of more than 900,000 players and staff it offers an incredibly detailed and immersive experience.

In FM you make all of the key decisions, from signing (and selling) players through training, team selection and tactics as you take your team to the top of the footballing world while carving out your own philosophy and strengthening your club’s identity.