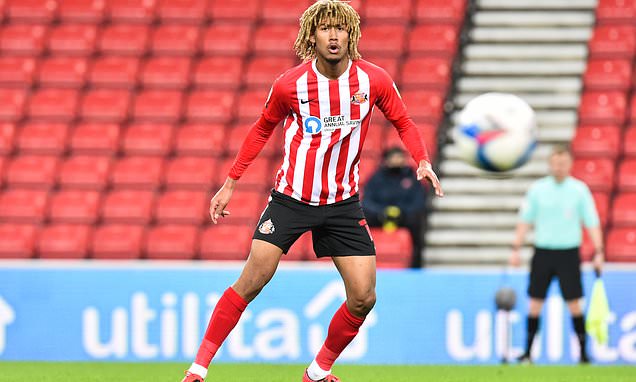 Wolves reject bid of around £1m from Sunderland for promising 21-year-old defender Dion Sanderson, with Premier League club looking for double the fee after he starred in League One at the Black Cats last term

Wolves have rejected an opening bid from Sunderland for young defender Dion Sanderson.

The 21-year old enjoyed an impressive season on loan with Sunderland prior to a back injury curtailing his campaign.

It also coincided with Sunderland’s promotion push faltering and they are keen to bring him back on a permanent basis. 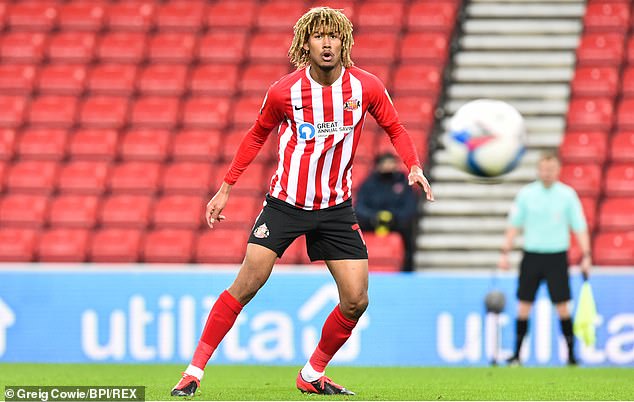 However, their first offer, understood to be around £1million, was rejected swiftly by Premier League Wolves.

The Molineux club have already brought in Colombian centre back Yerson Musquera for £4.5m from Atletico Nacional so are willing to listen to offers for Sanderson but expect better than the bid that is on the table and want closer to £2m.

Cardiff City, Birmingham City, Stoke City, Luton Town and Millwall all share an interest in Sanderson and are monitoring developments. 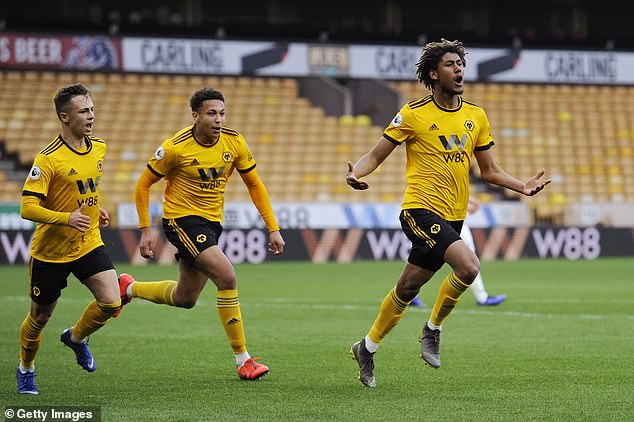 Sanderson, pictured in an Under 23s game for Wolves in 2019 has only made one senior appearance for the Premier League outfit

However the asking price may deter any potential suitors.

Recently relegated Sheffield United have also been keeping tabs on the defender but as yet have shown no sign of following up on their interest.

Sanderson featured 26 times in League One this term and Sunderland’s North East rivals Newcastle United have also been keeping a close eye on his development.

July 2, 2021 Soccer Comments Off on Wolves reject bid of around £1m from Sunderland for Dion Sanderson
NFL News