Liverpool would have given a lot for a Premier League start like this… yet with margins for error narrower than ever, they must start to beat the best

Top of the table, still undefeated and a mere six points dropped. In most of the 28 years since they last won the title, Liverpool would have given a lot for an 11-game opening record like that. Their 27-point total from a possible 33 would have put them clear at the top.

Yet we are witnessing a season in which the margins for error are narrower than ever. For the first time in the Premier League era, the top three teams are undefeated after ten games and how anyone will take points from Manchester City is unfathomable. However Jurgen Klopp tried to dress it up, two points dropped at Arsenal is a disappointment.

There were flickers of last season’s Mohamed Salah in the first half but Arsenal dealt with him. Robert Firmino – who had scored in Liverpool’s previous three games against Arsenal – could not dominate. Klopp admitted there had been an inability to finish. 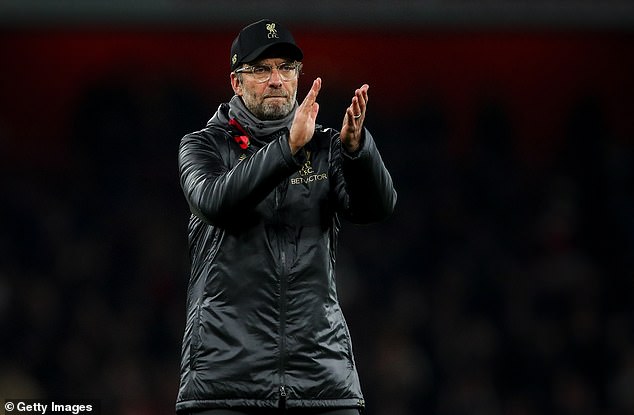 However Jurgen Klopp tried to dress it up, two points dropped at Arsenal is a disappointment 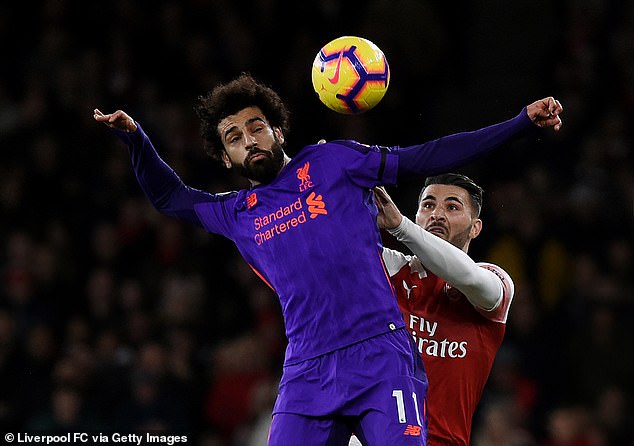 Arsenal dealt with Mohamed Salah, despite flashes of the star’s brilliance from last season 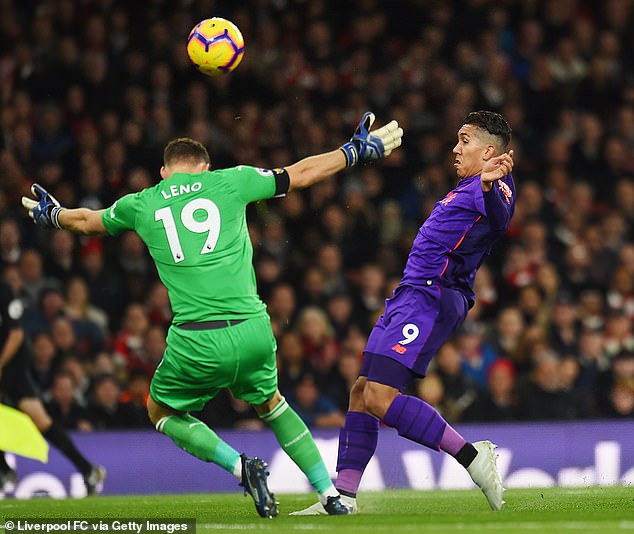 ‘We created the biggest chances in the game and had empty goals and didn’t use it,’ he said. ‘That’s not too cool. If you want to win at Arsenal you have to use these chances.’

There was more to it than that. Jordan Henderson was missed in midfield, where Fabinho and Georginio Wijnaldum could not dominate. It was Arsenal, not Liverpool, playing the high tempo football, shipping the ball around fast enough to pick a way through Liverpool’s defence. Unai Emery’s ambition also saw him throw extra strikers on to chase an equaliser.

‘They brought pretty much all their strikers. I was pretty much waiting for [Robin] Van Persie and [Denis] Bergkamp,’ Klopp joked.

‘But our workhorses in midfield, we put too much on their shoulders. And it was one time we didn’t close Alex Iwobi and he plays the pass for [Alexandre Lacazette’s] goal. One time you don’t close the half space and they play the ball through.’ 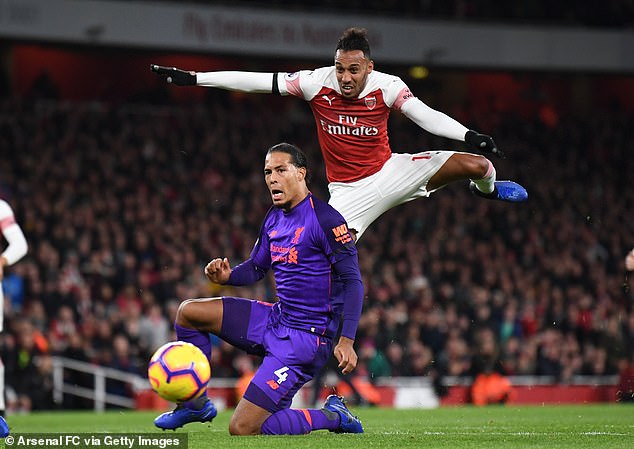 It was, however, another magisterial display from Virgil van Dijk in Liverpool’s defence

Liverpool’s defence is still of a different class to last season. It was another magisterial display from Virgil van Dijk. When Arsenal’s first half excellence put Liverpool to the test, he demonstrated strength in the air, a capacity to make key interceptions and operate in both boxes to get the best of Liverpool’s chances.

Liverpool face only one more of the so-called ‘Big Six’ – Manchester United – before Arsenal arrive at Anfield for the return fixture on December 29.

Their continued point accumulation looks assured, but in the new Premier league landscape, beating moderate teams every week is not enough.

November 4, 2018 Soccer Comments Off on With margins for error so narrow Liverpool must start to beat the best
NFL News