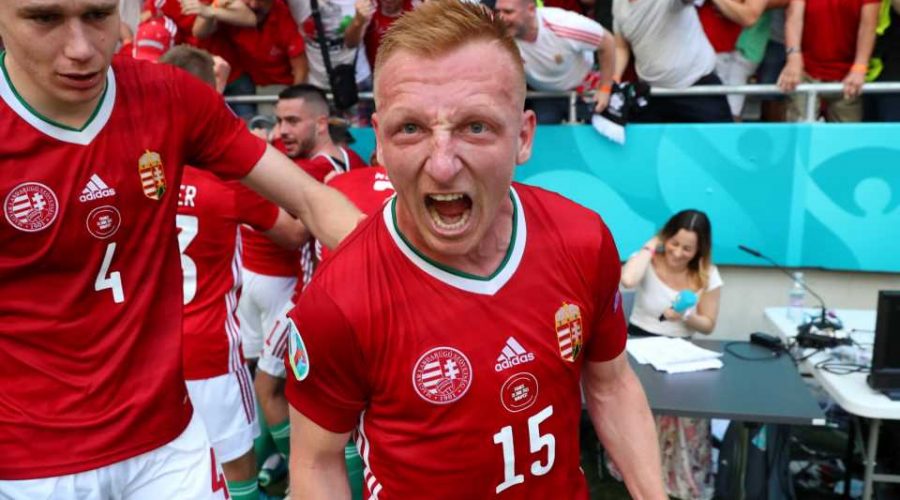 It will go down as one of the top moments of Euro 2021 and for one innocent reporter just doing her job on the sideline, it’ll be a story she’ll be telling for years.

Hungary shocked defending World Cup champions France by scoring the first goal of their Group F match in Budapest when left winger Attila Fiola made an unexpected run into the box to slot home the opener just before halftime. The 60,000 sold-out crowd in Budapest went nuts and Fiola, clearly caught up in the emotions of the moment, celebrated in a wild and totally unnecessary fashion.

Fiola jumped over the fieldboards to get as close as possible to the rabid fans, but he came across a journalist workstation and proceeded to wreck the reporter’s stuff sitting on the table.

She was initially taken aback by the whole episode, but as the other Hungarian players mobbed Fiola and the fans around her went crazy, a big smile eventually came over her. Watch the moment here:

The reporter is likely to become an overnight celebrity in Hungary, especially if the No. 37-ranked team in the world can get out of the group. Her reaction definitely won over Twitter: