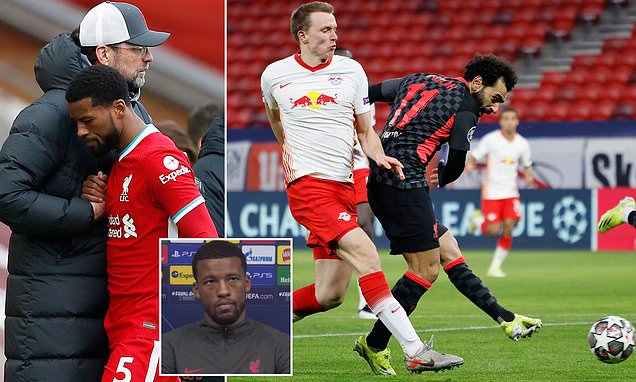 Gini Wijnaldum considered his thoughts and went through the lexicon for phrases you hear at a time when crisis arrives at a top team’s door.

The Liverpool midfielder spoke of ‘difficulties’ and how a ruinous sequence of results had ‘hit them hard’; Wijnaldum reflected on his ‘anger’ at the stupid mistakes that have tripped up the champions and reflected on the ‘pressure’ of needing to turn the situation.

It was here he could have provided two words to illustrate what the Champions League could yet bring: salvation and redemption. Funny things happen when Liverpool are in Europe and while they are still in this competition, they can still win it. 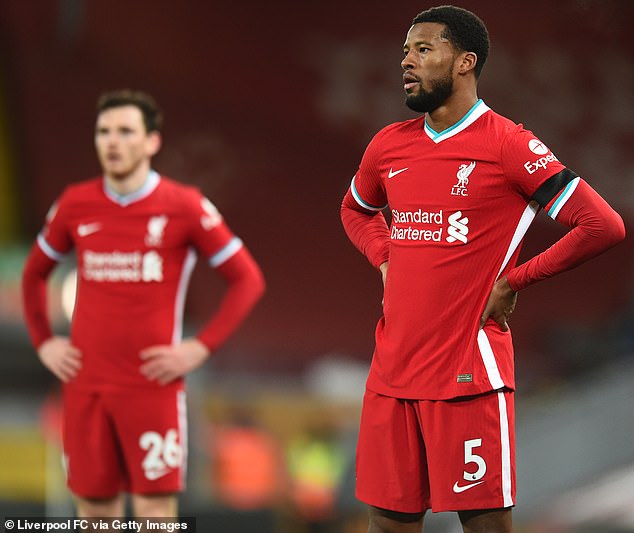 ‘Well, yes, of course,’ Wijnaldum said with a smile. ‘The Champions League can rescue this season.’

Liverpool are well-placed to reach the quarter-finals once again and will protect a two-goal lead in Budapest, in the ‘home’ leg of their last 16 clash with RB Leipzig. This tournament provides a clean slate and the potential to achieve something significant.

At a time when optimism has been missing, the chance for Liverpool to be positive heading into an important fixture is a welcome relief for Jurgen Klopp and his squad. But, equally, it cannot mask what has happened in the last three months and Wijnaldum was in no mood to make excuses. 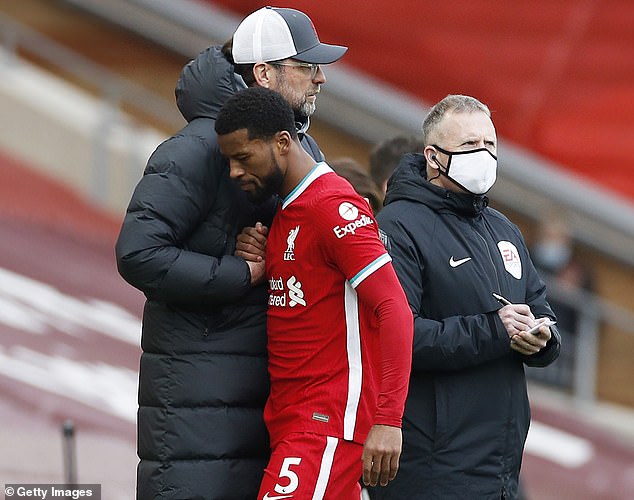 The Netherland international is one of the senior figures in Klopp’s group, part of the leadership team that compromises Jordan Henderson, James Milner and Virgil van Dijk. It was significant that he was chosen for media obligations as Liverpool look to regroup.

‘The Champions League was one of them. I don’t think that has changed. What we will do is give our best in trying to win it. But it (this run of form) hit us hard. Definitely. Everyone can see it. There is confidence in the team and the players and each other but it is less than we are used.

‘It is because of the situations we are in. With injuries, players who got Covid; difficult times in the season and also the results were not in our favour. For a lot of us, it is a new situation we are in right now. We were used to winning games and trophies. Now it is the opposite, the confidence is less. 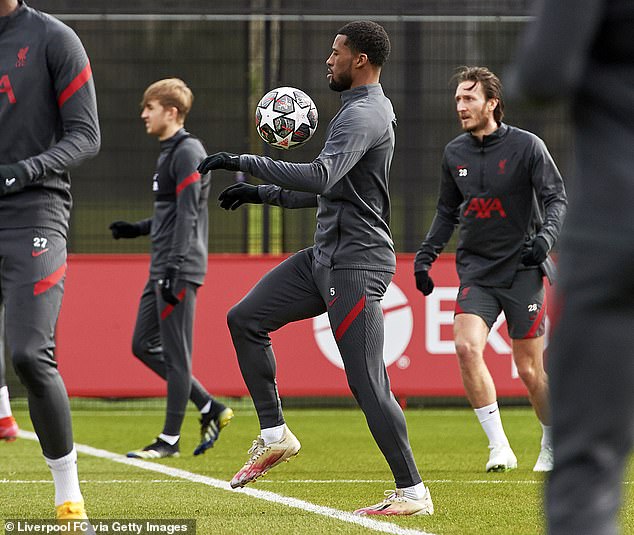 Wijnaldum believes the Champions League could offer redemption for Liverpool

‘It is a totally different situation we are in right now. We analysed the games and we saw that we could fix the situation we were in conceding goals; we could even play better. That’s the most frustrating thing. We feel really bad. The way we deal with situations during games was really bad.’

Klopp has been on television more than the weather forecast of late, trying to offer thoughts and explanations, so it was refreshing to hear Wijnaldum offer a perspective from the dressing room. For all that he mentioned injuries to key men, he insists they have not been definitive.

‘We should be doing even better,’ Wijnaldum said. ‘When we analysed the games (we lost in team meetings), it makes me even angrier because we can see that we can be doing so much better than we are doing right now.

Of course, we have had difficult situations with injuries and those things but the situations we have faced in the games where we have conceded goals have had nothing to do with injuries. That is what we are basically most disappointed in.’ 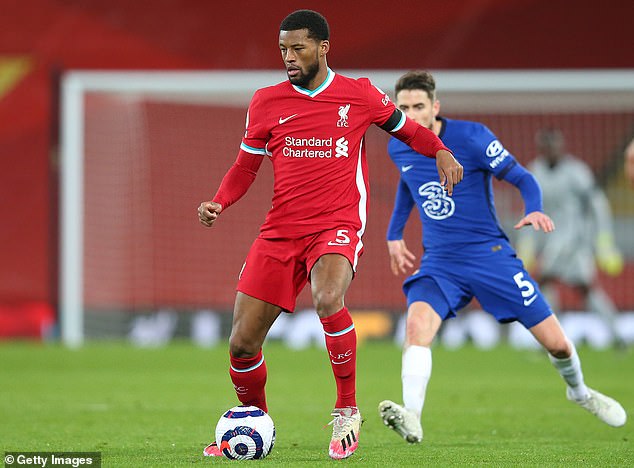 Klopp regards Wijnaldum to have been one of Liverpool’s best players this season and wants him to stay at Anfield beyond the end of this season, when his current deal expires. Inter Milan and Barcelona would both like to take him but the situation is complex.

‘It is not that I’m not happy and have to leave,’ Wijnaldum said. ‘But it is not as easy as everyone thinks to make decisions for your future. If (I left), I would be leaving a team I love. It always depends on the situation but I’d be devastated (if) I didn’t play with this team anymore, that’s for sure.’

The contract, for the time being, can wait. The immediate priority is to ensure Liverpool hold on against Leipzig and get themselves into the last eight. Liverpool were excellent in the first meeting, punishing errors, but they arrive here in a different mood.

‘We all believe we can do better than we did,’ said Wijnaldum. ‘They have players with quality. They have got a good mixture of players there. We want to do better but we have to show it. It’s a team sport and we have to do all the same things that helped us before.’