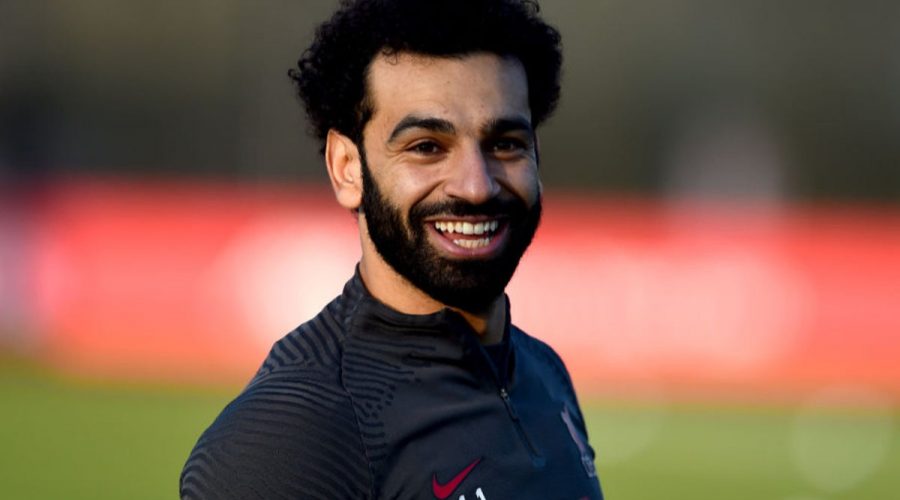 Mohamed Salah is Liverpool’s biggest asset. He illustrated that again on Wednesday night in Budapest when he scored the first goal in his team’s 2-0 victory over RB Leipzig.

The Egyptian leads the Premier League scoring chart with 17 goals so far. He has hit the net more than 25 times in all competitions in three of his four seasons at Anfield. Even in a malfunctioning side whose form has been dire, the 28-year-old has been relentless. Despite this, he has been the object of criticism from a section of the fanbase who think he should be more clinical. Jurgen Klopp has shown a hint of exasperation, too.

Speculation about Salah’s future ran wild last week after he was hauled off with almost half an hour to go in the 2-0 defeat by Chelsea at Anfield. The striker’s agent Ramy Abbas Issa posted an ambiguous tweet – a single full stop – in response to the substitution, causing a flurry of conjecture. Salah was unhappy. Most players are when they are given the hook.

Liverpool are in dire danger of missing out on next season’s Champions League. They may have to win the competition this year to qualify. No top-class performer wants to be outside the continent’s elite. Salah’s misery will deepen if it looks like Liverpool are stuck in the Europa League or even fail to get into Europe.

Fenway Sports Group (FSG) have not been shy about selling their big names. If Salah was looking for a way out, might the American owners use the money to finance a rebuilding programme? From Salah’s point of view that could make sense. He will be 29 in June, the age when players begin to think of their last big contract. The forward has a keen sense of his own status and worth. He has two years left on his deal and this summer would be the prime time to move. 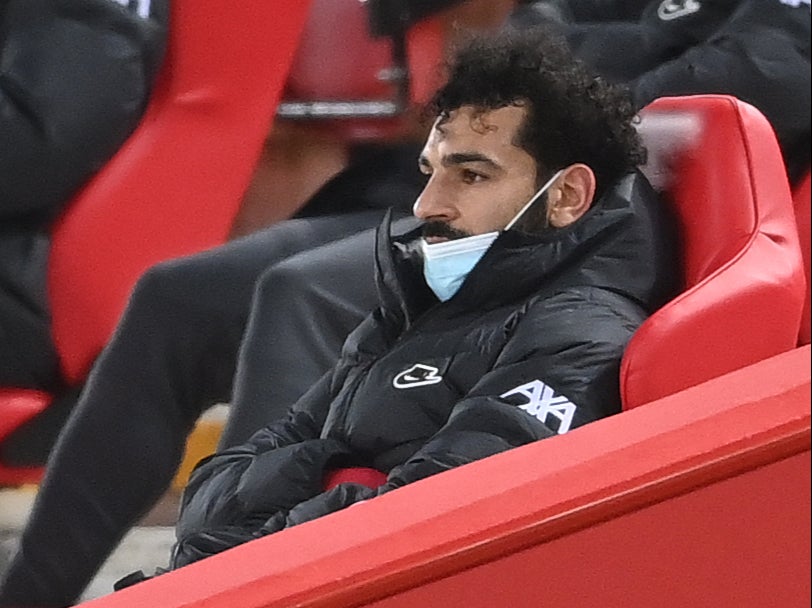 Salah sits in the stands after being substituted against Chelsea

The problem is the Covid crisis. The pandemic has affected income across the game and depressed the transfer market. Only a few clubs could afford Salah at the best of times. Real Madrid and Barcelona have structural fiscal issues that have been exacerbated by coronavirus. Those who can afford to buy big and invest in wages would prefer Kylian Mbappe, 22, or Erling Haaland, 20. Paris Saint-Germain would see exchanging Mbappe for Salah as trading down. Age is a big factor in value.

In the circumstances, it is unlikely that FSG would get anywhere near the price they would require to sell. It is easy to forget that the Liverpool owners have had mixed results when it comes to offloading their most marketable player. The deal that sent Philippe Coutinho to Barcelona three years ago was the catalyst for the Champions League and title wins. The money was recycled to buy Virgil van Dijk and Alisson Becker, who brought proven ability and leadership to Anfield.

The sale of Luis Suarez to the Catalan giants four years earlier backfired badly, however. Suarez bit Giorgio Chiellini at the World Cup and Real Madrid dropped out of the bidding war with Barcelona. Liverpool were expecting more than £100 million but had to settle for less than £75 million. The bulk of the cash was already allocated when it became clear Suarez’s value had dropped. It was spent badly. The likes of Emre Can and Lazar Markovic were not up to the job of filling the void left by the Uruguayan.

The market conditions would have to be right for FSG to sell Salah and an adequate replacement targeted. Another factor is that Klopp did not rate Coutinho quite as highly as many observers believed. The German thought he was a good player but not necessarily the man to build a team around. Klopp would very much rue losing Salah’s goals.

In normal years, this summer might have been the moment that suited both sides to part company. In a year’s time, Salah will be approaching a year left on his contract. His value will dip.

A clutch of Liverpool players are around the same age as Salah. Georginio Wijnaldum, 30, is contemplating his future when his contract expires at the end of June. Van Dijk will be 30 in July. Roberto Firmino is 29 and Sadio Mane reaches the same age next month. That could present real problems for FSG. They are at the wrong point in their career for a rebuilding process. The departure of the club’s superstar striker would send out the wrong message.

This is a dangerous time at Anfield. It might just suit everyone to sit tight when the transfer window opens. Salah’s options are limited and it would be a foolish move for Liverpool to lose their biggest asset.

March 12, 2021 Soccer Comments Off on Why Mohamed Salah will be the focal point of Liverpool’s summer rebuild
NFL News