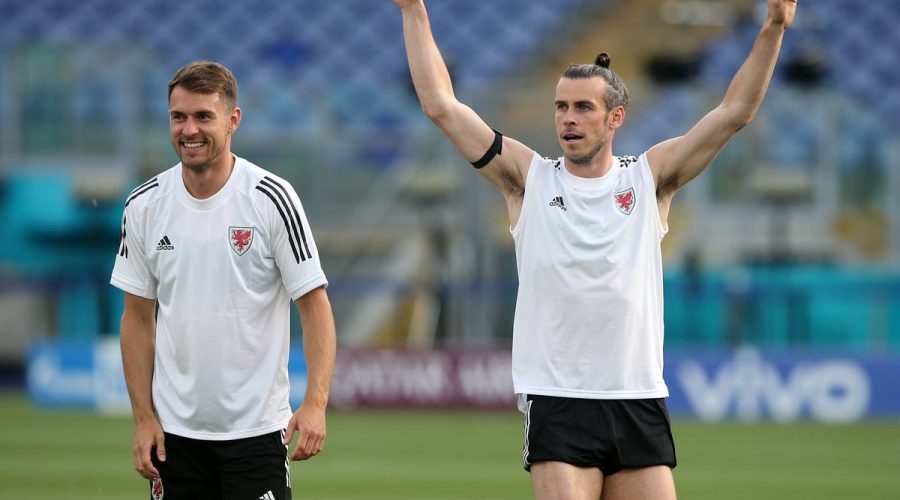 Wales are primed for the round of 16 at Euro 2020 with a real buzz under Robert Page after victory over Turkey.

Gareth Bale and Aaron Ramsey are recapturing their best form, while the next generation is coming through with real signs of promise.

A final Group A match against Italy will decide where they finish, but the tournament has so far been a success for the Welsh.

Memories of Euro 2016 are starting to become more vivid with this group dreaming of replicating that incredible run.

Here is who Wales could face in the last 16:

If Wales win Group A

Wales would need to beat Italy in Rome to top Group A on seven points, with the Azzurri already on six points after two wins under Roberto Mancini.

Should they manage this, they would then face the runner-up of Group C.

The Netherlands have won Group C, so the runner-up will be between Ukraine and Austria, with the former holding the advantage if they draw their final group game together, due to a superior amount of goals scored in the group (four against three heading into the final game of the group).

So if Wales win the group, they would play Ukraine unless Austria can beat them in the final game.

If Wales finish runner-up in Group A

This appears the more likely outcome, which would put Wales up against the runner-up of Group B.

Belgium will win Group B if they do not lose to Finland, meaning the runner-up will be between either Russia or Finland, who both have three points, or Denmark, who have zero points and must beat Russia in their final group game to stand a chance.

If Finland could beat Belgium, this would then put them up against Belgium in the last 16.

If Finland can manage a draw against Belgium and Denmark beat Russia, Wales will play Finland in the last 16.

If Finland draw with Belgium and Russia claim a draw with Denmark, then Wales would play Russia as the group runner-up due to their superior head-to-head with Finland thanks to Aleksei Miranchuk’s goal in the 1-0 win.

If Russia win against Denmark and Finland win against Belgium, then the three sides would enter a mini group based on head-to-head results between the sides.

In this scenario, Belgium would win the group, unless Finland win by two goals, with Russia destined for third in this scenario due to their negative three goal difference from the game against the Red Devils.

Should the Danes beat Russia by more than one goal and Finland loses to Belgium, then they would win a mini group on head-to-head results between the sides, due to their minimum goal difference of zero and minimum goals scored of three.

Here is where it gets tricky, if Denmark only win by one goal but score two or more (i.e. 2-1, 3-2, etc), then they would finish runner-up as long as Belgium beat Finland due to their superior goals scored in head-to-head games between the three sides, thanks to Yussef Poulsen’s goal against Belgium.

If it is just 1-0 to Denmark, with Belgium beating Finland, then a situation would emerge with Denmark, Finland and Russia all tied up in the mini group on head-to-head games with the same points, goal difference and goals scored.

In this instance, if Belgium’s win over Finland is by one or two goals, then Russia would be eliminated by their inferior group goal difference, step five in Uefa’s tie-breaking system, due to their 3-0 to Belgium, which would put them on negative three.

If it is exactly 2-1 to Belgium, i.e. the same score Denmark lost to Belgium in the second round of games, then it will be decided on disciplinary points.

It would then come down to step eight, which is the least amount of disciplinary points in group matches, with Denmark currently only earning three yellow cards against Finland’s four yellow cards so far. Obviously this could change in the final game, but Denmark have a small advantage here.

If Wales finish third in Group A

Wales would finish third in Group A if they lose to Italy and Switzerland beat Turkey, while swinging the goal difference by five in favour of the Swiss.

If it is a six-goal swing between the sides’ goal difference, Wales would finish third and Switzerland second, if it is just five, then Wales would need to score against Italy to boost their goals scored in the group, as a 2-0 defeat to take them back to zero goal difference and a three-goal win for the Swiss over Turkey would mean the Swiss take second with at least four goals scored compared to Wales’ three.

In this unlikely scenario, Wales would play either the winner of Group B, Group E, Group F, but this opponent would depend on the ranking of third-placed teams.

July 3, 2021 Soccer Comments Off on Who will Wales play next at Euro 2020? Possible last-16 opponents
NFL News