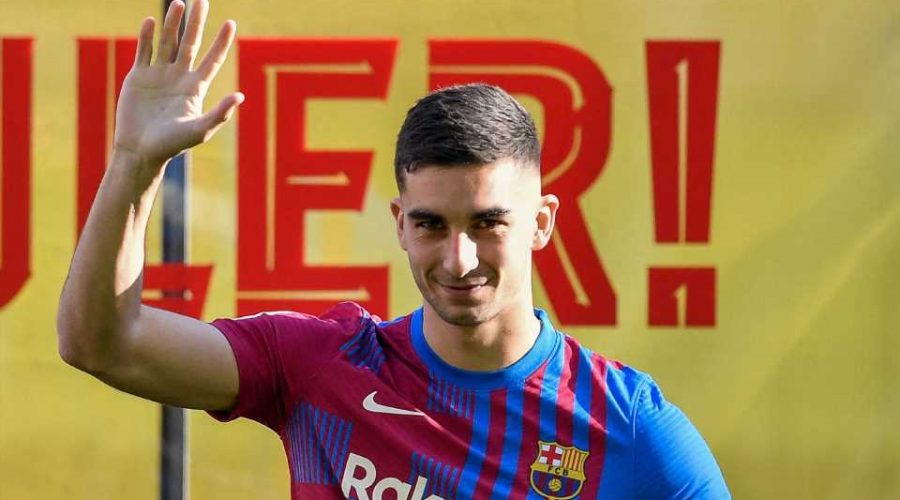 Barcelona can now officially register Ferran Torres after tying Samuel Umtiti to a new contract until 2026 on a reduced salary.

Barca announced they had reached an agreement to sign Torres from Manchester City in a €55 million (£46m/$62m) deal at the end of December, bringing to an end his 16-month stay in the Premier League.

The club subsequently revealed that they would need to cut their wage bill further in order to register the 21-year-old, and Umtiti has made the sacrifice by accepting a pay cut to extend his six-year spell at Camp Nou.

What did Barcelona confirm?

Barca have confirmed the news in an official statement, which reads: “FC Barcelona and first-team player Samuel Umtiti have reached an agreement to extend the latter’s contract until 30 June 2026. The French defender is reducing a part of the salary that he was due to receive in the year and a half remaining on his contract.

“This contract extension operation does not entail any greater financial commitments for FC Barcelona with regard to the player. FC Barcelona wishes to publicly express its gratitude to Samuel Umtiti for his willingness and the affection that he has demonstrated towards the club.”

“Through this contract extension, FC Barcelona will be able to increase its ‘financial fair play’ quota and thus register Ferran Torres with the Spanish Professional Football League.”

When could Torres make his debut?

Providing Torres’ registration goes through without a hitch, he could be in line to make his Barcelona debut in the next 10 days.

With Torres unavailable for that fixture, he will likely take his bow in Barca’s Copa del Rey Round of 16 tie against Athletic Club on January 19 instead, or in the La Liga match against Alaves on January 23. His first match at home in front of the Nou Camp fans would likely be a massive La Liga tilt against Atletico Madrid on February 6.

Umtiti initially joined Barca from Lyon back in 2016, and has since helped the club win seven domestic trophies.

Speculation had been raging over the Frenchman’s future over the last few months as he fell out of favour, leading to links with a number of foreign clubs including Premier League outfit Newcastle. It was rumored that Umtiti had refused a number of new contract offers over the past few weeks, and it’s unclear what ultimately swayed him into agreeing to terms on a reduced salary.

Umtiti has only featured once for Barca across all competitions this term, but the club have shown their faith by handing him a new long-term deal and he will now look to force his way into Xavi’s plans as the second half of the 2021-22 campaign gets into full swing. With Barcelona looking to offload a number of players this winter due to the financial situation, signing Umtiti to a new contract is a true sign of intent, even with the reduced salary.