Chelsea boss Frank Lampard has explained just how he convinced his new Blues signings, including Timo Werner, to choose the west London club. Frank Lampard is readying his new side to play Brighton on Monday evening.

Lampard also wants to make sure he gets another defensive player in, and has targeted West Ham’s Declan Rice.

JUST IN: Mikel Arteta’s Arsenal told they ‘won’t get near’ Man Utd and Chelsea 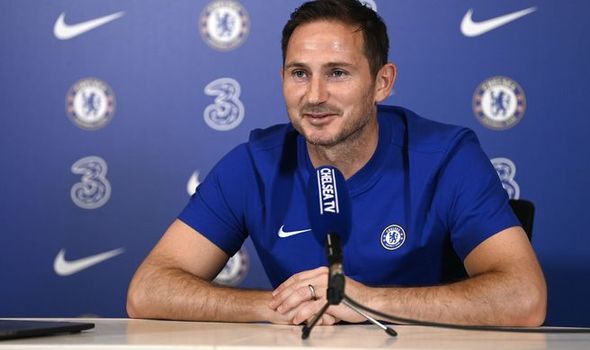 Much has been made of the gravitas Lampard holds as a manager, but Chelsea’s all-time top scorer says it’s a team effort and he does all of his convincing alongside Blues chief Petr Cech.

Werner in particular was a key target for Liverpool but the Londoners were able to swoop in front of the Reds to sign the Germany striker.

“You understand when it is the competition with the likes of Liverpool and Manchester City that you need to state your best case to the player,” said Lampard.

“I think having been that player at one point, the idea as a manager is to try and sell the club and how I want to move forward.

“Petr (Cech) in his role does the same and I do that to the best of my ability when I speak to players.

“With a player like Timo (Werner), we were very, very keen to bring him in.

“He needs to feel that from us.

“I loved everything he said to me in those kinds of conversations. 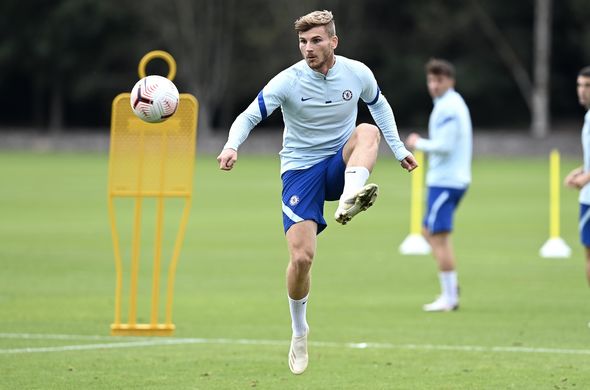 “And the same with all those kinds of players that I have spoken to.

“I think that the manager-player conversation is really important because our relationship needs to be good and positive going forward.

“All you can do is do your best as a club because you know the competition is doing their best.

“So I think we can be happy that we have brought in players of their level. That is just how we tried to work.

“I am pleased and now it is stage two; it is about getting them settled and playing to the best of their abilities.

“We need to give them all a bit of time, the players that are coming in to hit the ground running.”