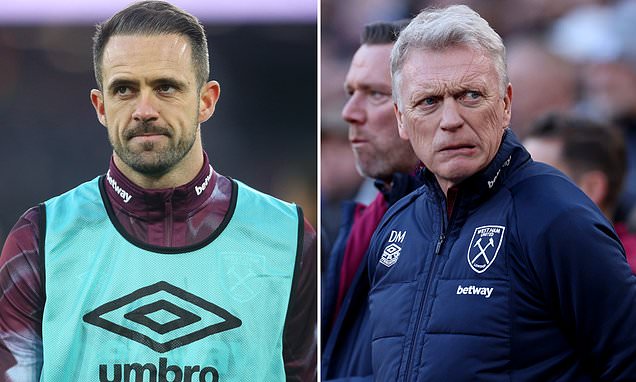 West Ham are facing a frustrating spell without Danny Ings, after the January signing suffered a minor knee injury during his debut on Saturday.

Manager David Moyes pushed for the £12million purchase after growing frustrated by his team’s lack of goals but will not be able to call upon Ings for the next few weeks, Hammers sources have confirmed.

A late tackle on Ings towards the end of Saturday’s 2-0 win over Everton left the England striker with an injured left knee. 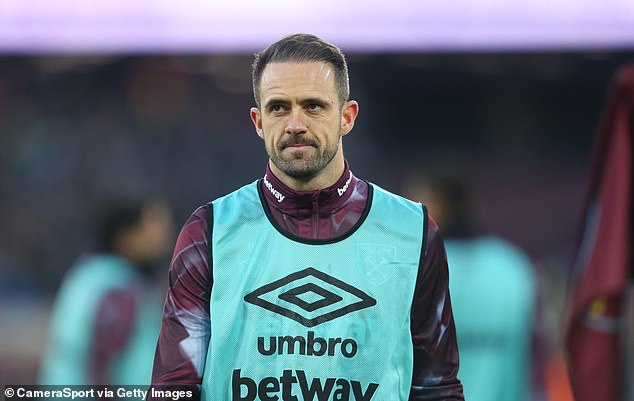 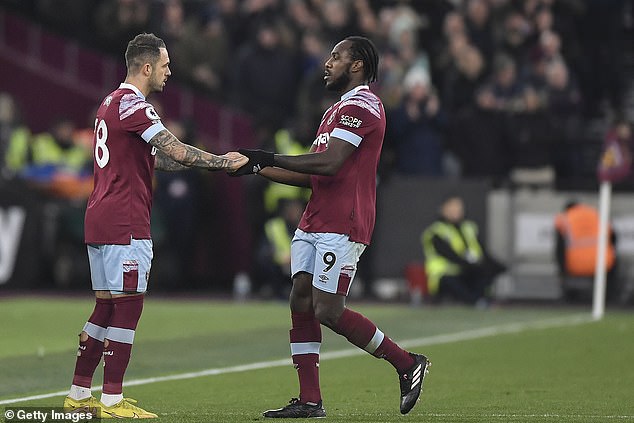 That is the same knee which has previously required surgery, though West Ham are confident this is not linked to his history of unfortunate ligament injuries.

Ings was ineligible to face Derby County in the FA Cup’s fourth round this weekend regardless, but he is also expected to miss two crucial Premier League games against Newcastle and Chelsea.

There is hope he will be fit to face Tottenham away on February 19 but, failing that, Nottingham Forest at home the following week is seen as a realistic target. 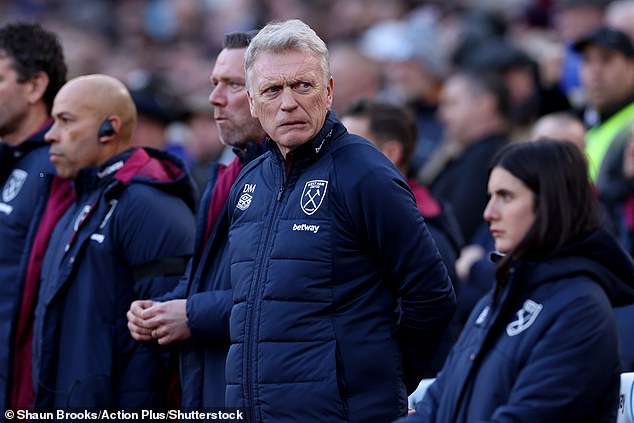 The news will come as a blow to manager David Moyes, with Gianluca Scamacca already out

West Ham’s crucial win against the Toffees handed under-pressure Moyes a much-needed three points and proved the final nail in the coffin for Frank Lampard, who was axed by Everton’s chiefs on Monday.

Ex-Leeds manager Marcelo Bielsa has since emerged an early favourite for the Goodison Park hot seat.