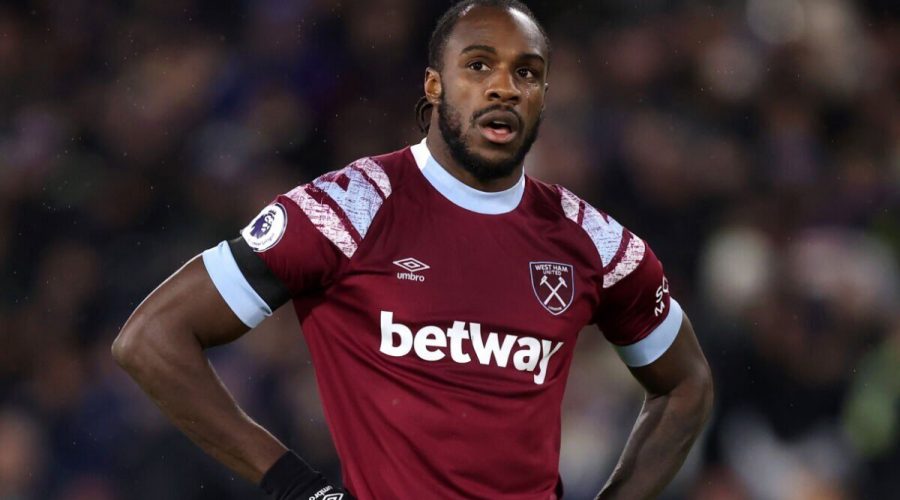 West Ham are reportedly willing to consider offers for striker Michail Antonio, if they are able to bolster their forward ranks this month. Danny Ings and Terem Moffi have been cited as top targets, with both deals at differing stages.

The Hammers are currently 18th in the Premier League table after a torrid start to the season that has sparked speculation that key figures will depart sooner rather than later. David Moyes has been regularly tipped for the sack lately, with Declan Rice also no closer to penning a new contract at the club.

Though the higher powers at West Ham are not willing to roll over, with investment in attacking talent well underway. According to Sky Sports, the Hammers are close to striking a deal for Aston Villa star Danny Ings worth £12million, plus addons.

The former Southampton star was told he was free to leave Villa Park this month after the arrival of Unai Emery, who is keen to mark kickstart his tenure with a spending spree. West Ham are also in talks with French side Lorient over Moffi, who has made an impressive start to the season in the Ligue 1.

The Nigeria international has scored 12 goals in 18 league appearances, building upon his previously promising campaigns. The 23-year-old has attracted plenty of interest this month and is weighing up his options, with the player ‘undecided’ about whether a move to the Hammers is the best step for his career.

The arrival of Moffi will reportedly prompt the sale of Antonio, who has found the back of the net just twice in 18 league games. The Jamaican has been a key figure for Moyes previously but his drop-off in form has prompted internal conversations about whether it is time to revitalise the squad’s frontline.

Antonio addressed speculation about his future earlier this week, telling the Footballer’s Football Podcast: “There are always rumours in football. People have seen I have not been playing much recently and they’ve seen that we’ve been struggling. It’s one of those things where all I do is pay attention to myself and make sure I can play whenever I get the opportunity.

My agent deals with all that and if something happens, something happens. Right now, I’m at West Ham and I have to pay attention to that. If something changes, it changes. We’ve got a striker in and are maybe looking at other strikers because, right now, we’re not doing it. If they [West Ham] don’t want me or Gianluca [Scamacca], they are going to try and get someone out or they might want to have three options. You have to deal with whatever comes your way and that’s how I stand with it.”