Nothing lifts the gloom over Tottenham quite like a win over West Ham.

Defeat against Manchester City on Monday, not for the first time this season, raised questions marks over Tottenham’s staying power.

Two days later, they are in the League Cup quarter-finals, courtesy of two goals from Heung-min Son and another from Fernando Llorente. 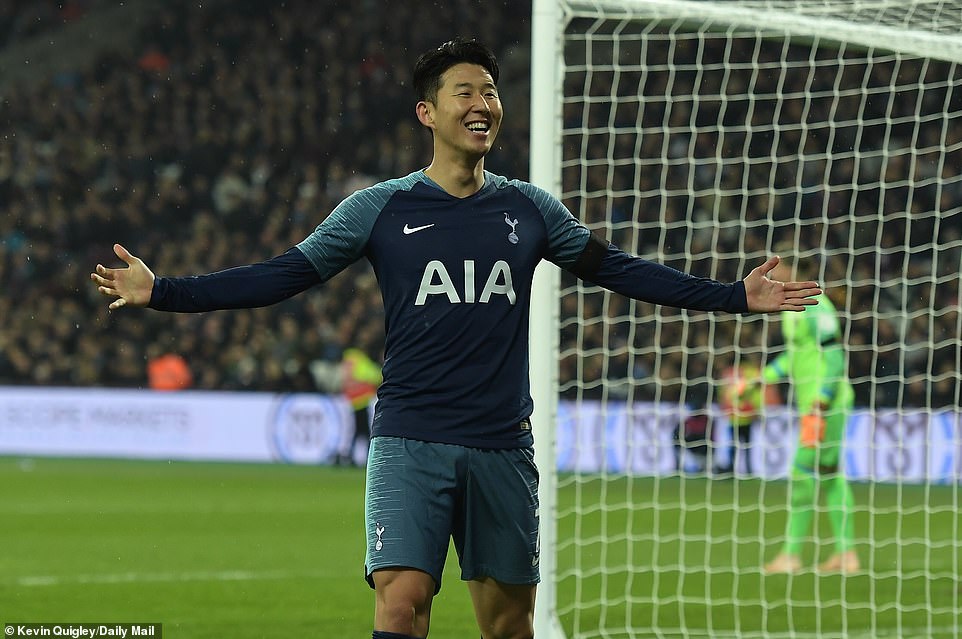 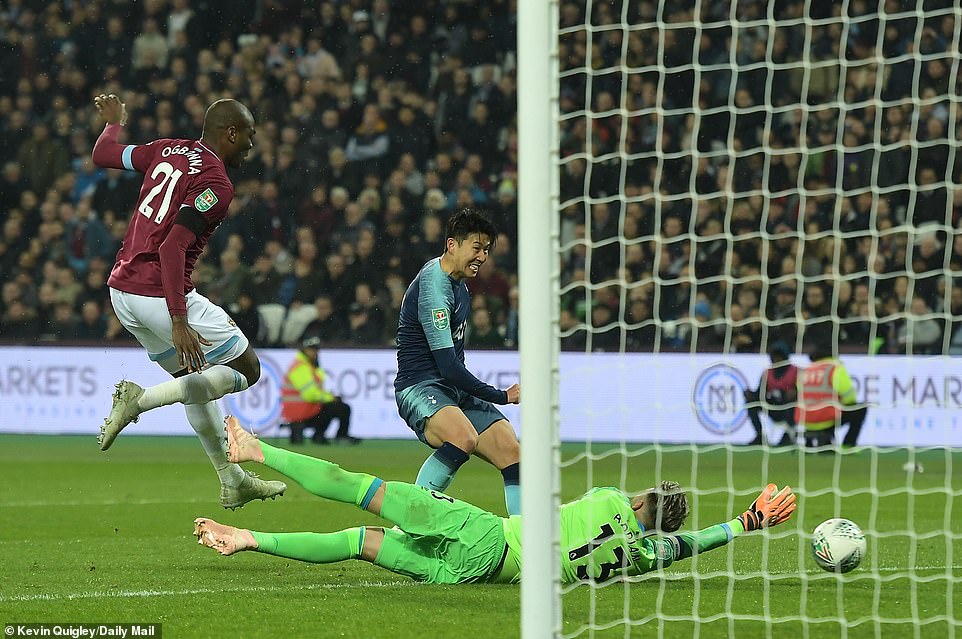 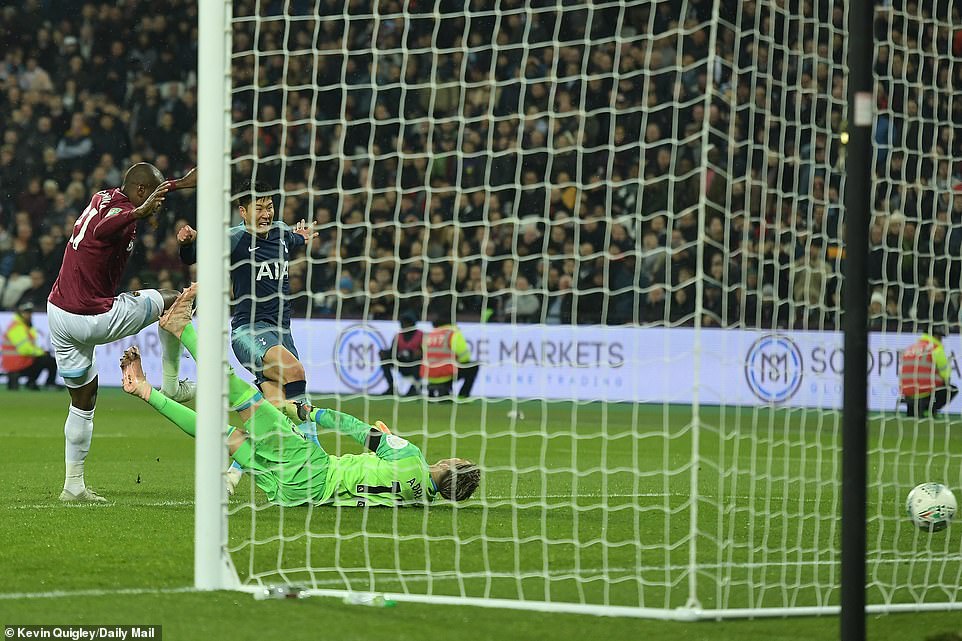 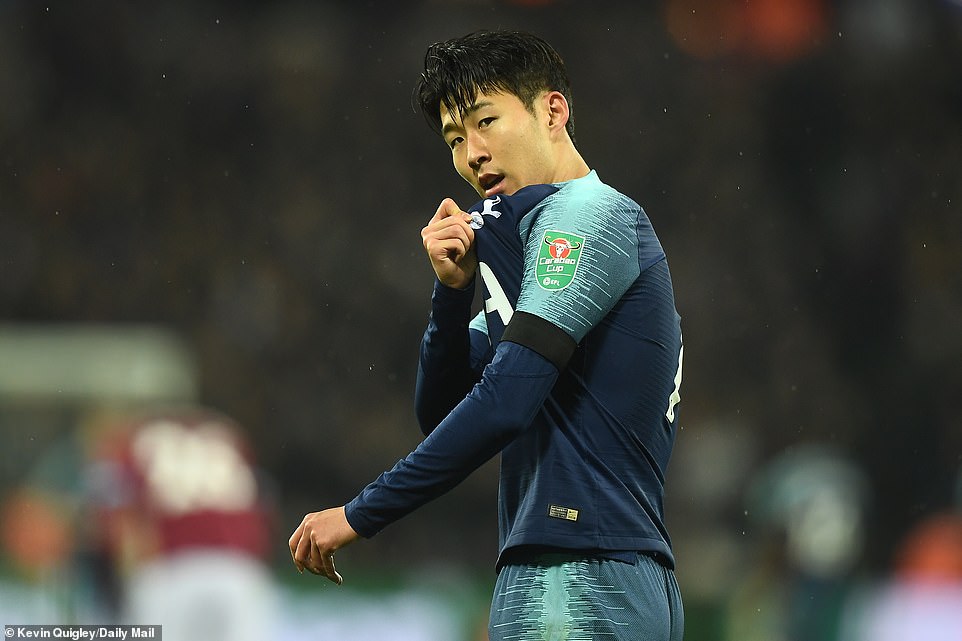 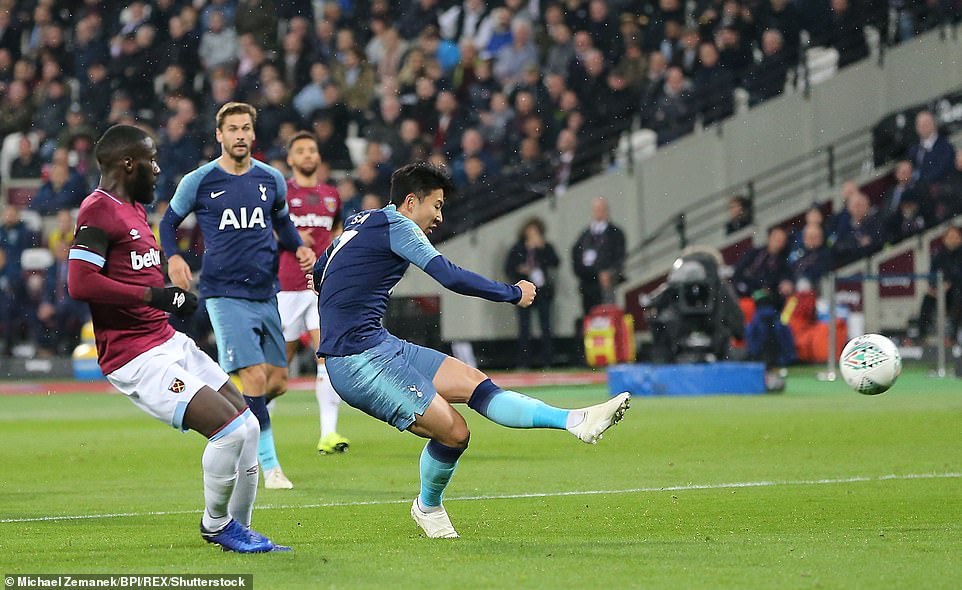 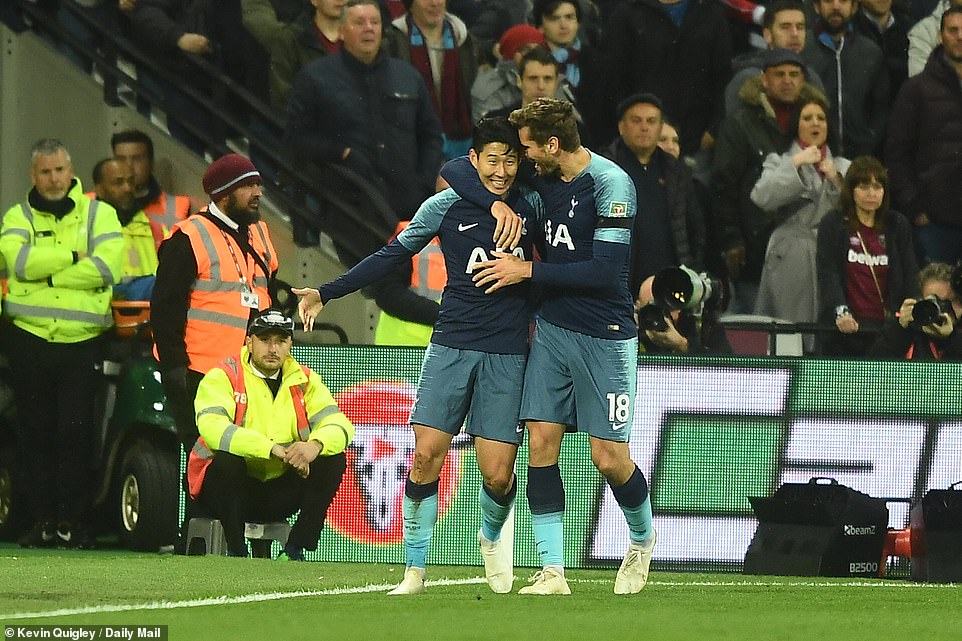 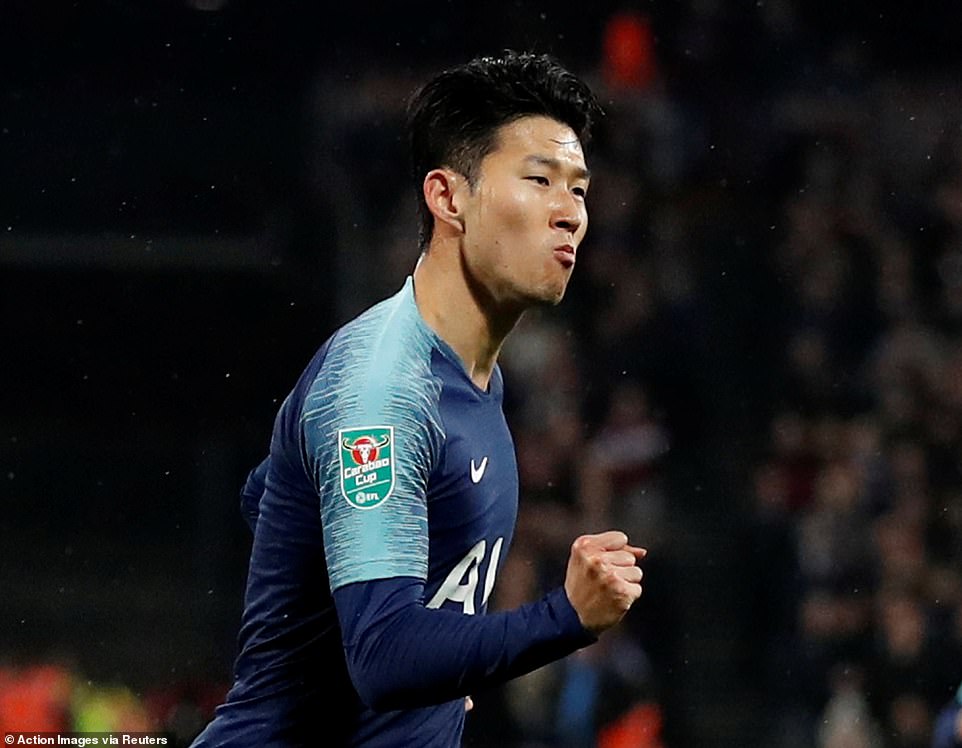 MAN OF THE MATCH: Son Heung-Min

Crisis? What crisis? Of course, Mauricio Pochettino has far bigger fish to fry this season.

But a chance to end Tottenham’s long trophy drought is edging closer. All in all, a satisfying night’s work for the Tottenham boss.

All this after Pochettino emphatically illustrated precisely where the Carabao Cup lies in his list of priorities by making 10 changes from the team that started Monday’s home loss to Pep Guardiola’s men.

So, too, did the usually immaculately dressed Argentine in his choice of attire; Pochettino swapping his usual match-day suit for a tracksuit.

Much has been made of Tottenham’s fruitless summer transfer window. On this evidence, the room for improvement to their squad is marginal.

Pochettino, of course, will argue it’s the marginal differences that wins you trophies.

And the tragic events following the clash at the King Power Stadium were respected ahead of kick off as former West Ham striker Tony Cottee ex-Tottenham captain Ledley King laid wreaths in memory of Foxes owner Vichai Srivaddhanaprabha and the passengers and crew on board who died in Saturday’s fateful helicopter crash. 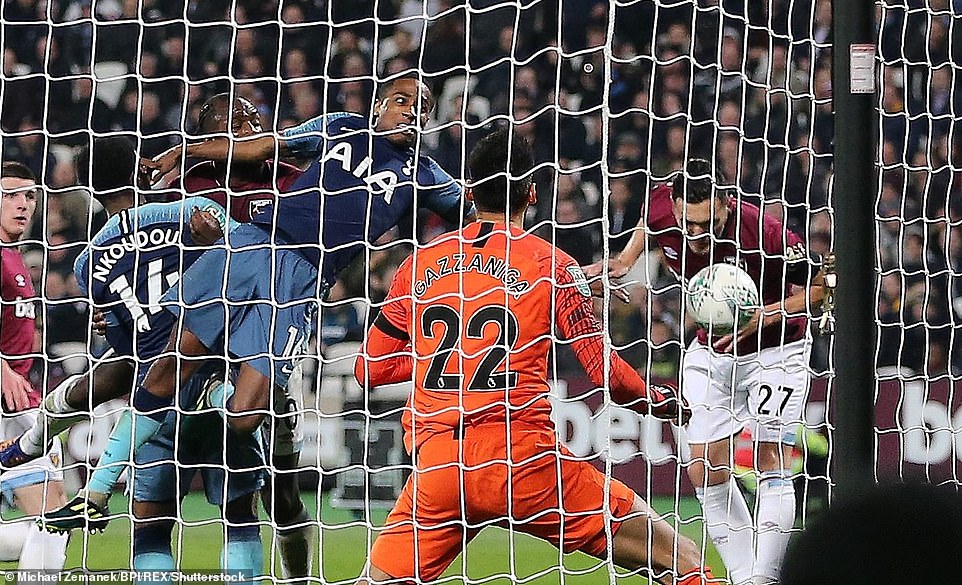 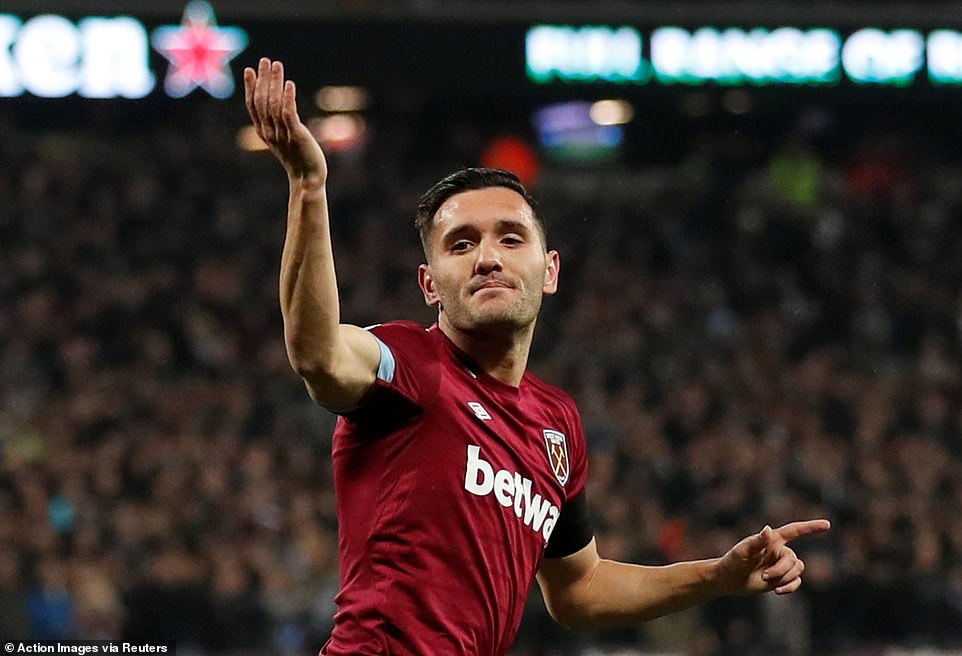 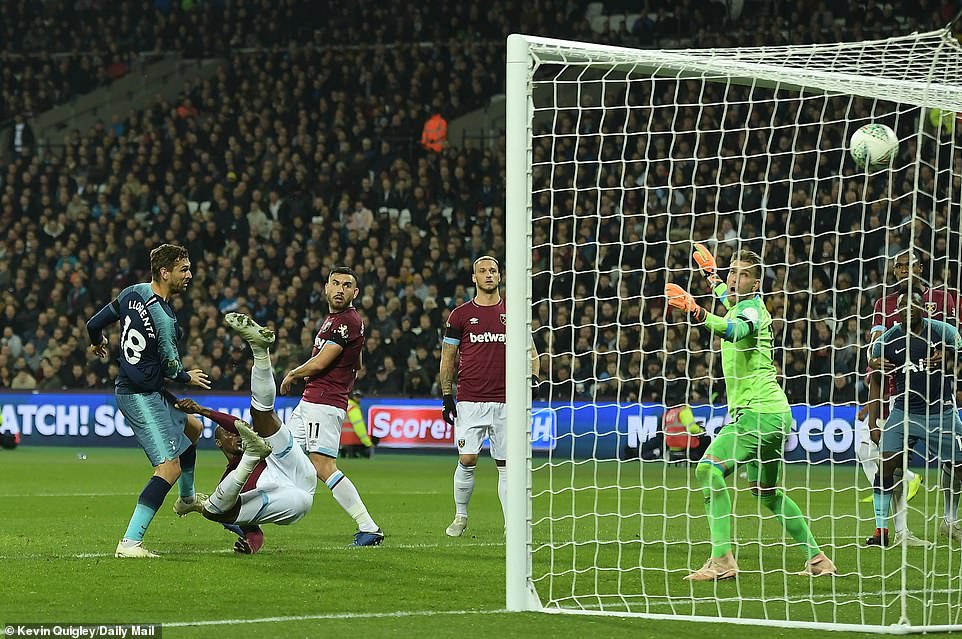 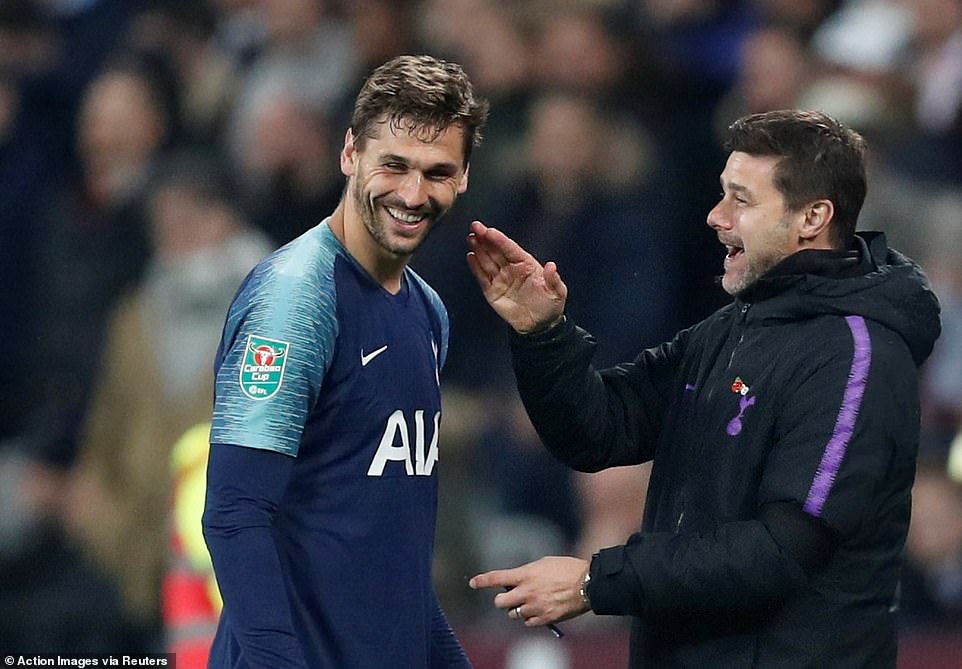 Thankfully for Spurs, their players didn’t share the apparent apathy their manager holds for this competition as they sped in to a 16th minute lead.

The goal was dripping with incision; the finish was brutally unerring. When Eriksen fizzed a pass into Alli’s feet, the England international had his work cut out in even trying to control the ball.

But somehow Alli conjured a genius first-time flicked pass into Son, who fired past Adrian into the top left corner.

Pellegrini will point to Angelo Ogbonna’s poor clearance in the build up to Son’s strike. But that shouldn’t detract from sheer quality of Spurs’ opener.

Spurs were worthy of their early advantage, not that West Ham were helping themselves. 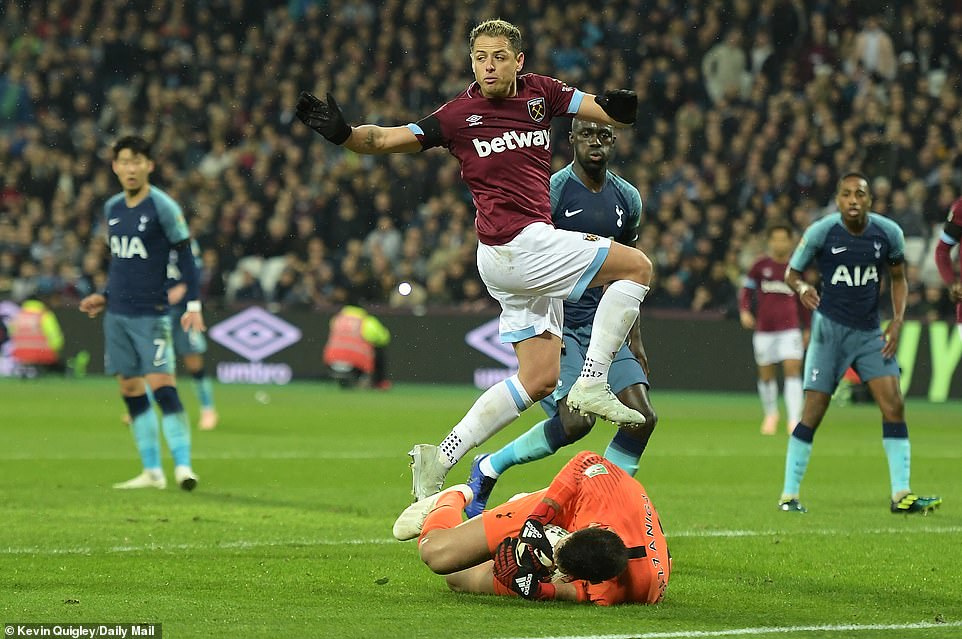 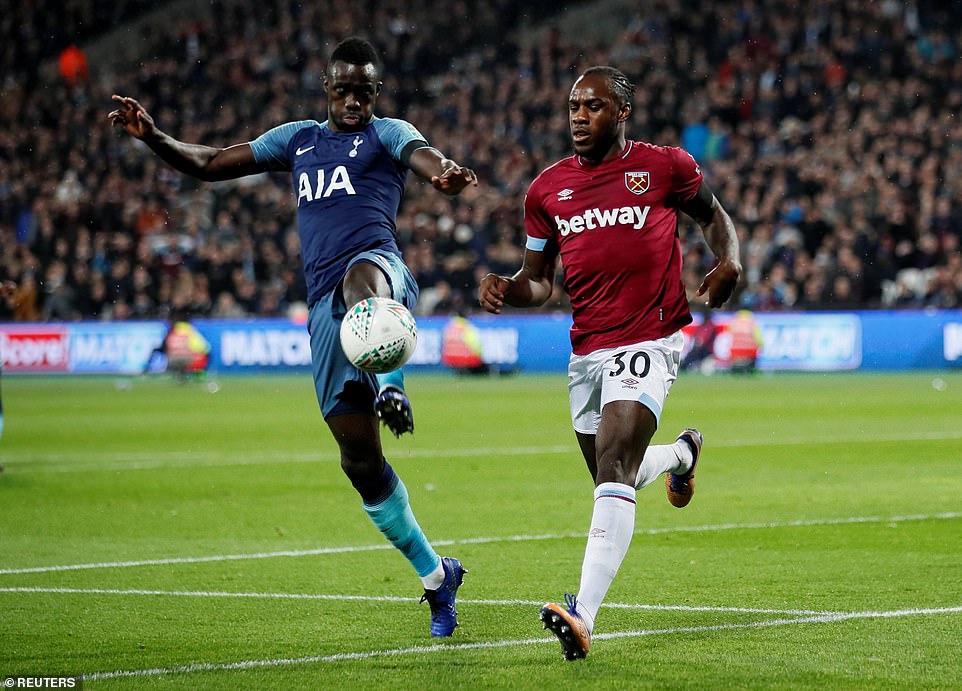 Wasteful in possession, they looked a shadow of the side that have improved significantly in recent weeks following their awful start to the season.

Wayward passes were met with groans from the home support, who simply hate losing to that lot from north London. In contrast, Tottenham’s visiting support were enjoying every moment.

Yet the Hammers weren’t without their opportunities, Paulo Gazzaniga stopped Michail Antonio’s effort before Javier Hernandez missed two decent chances to level before the break.

Indeed, there were growing signs of positivity towards the end of the half that for the Hammers; academy graduate Grady Diangana looking particularly impressive.

There were more promising signs at the start of the second period, Antonio again denied by Gazzaniga after a powerful run down the left. 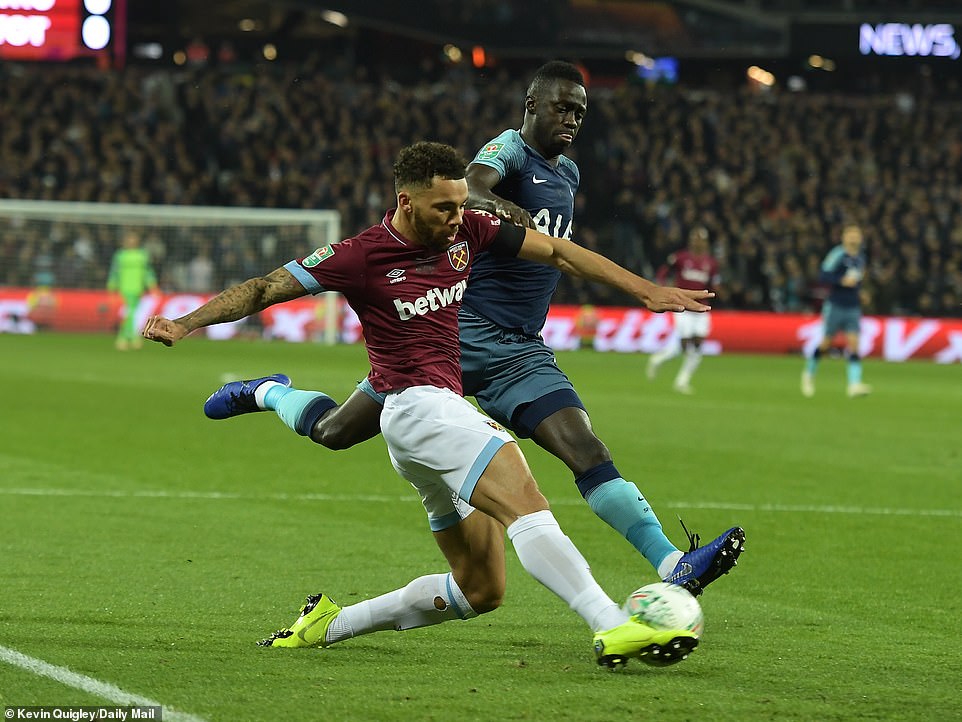 But eight minutes after the restart Tottenham struck a brutal blow to double their advantage.

The formula was identical. Alli into Son, who fired home. But in this instance the Korean owed his gratitude to Hammers defender Arthur Masuaku, who made a complete hash of his attempt to clear Alli’s pass to allow Son all the time he needed to round Adrian and fire home.

That was enough for some Hammers fans, who immediately headed for the exit.

Pellegrini, who’d already introduced Robert Snodgrass in place of Felipe Anderson at half-time, sent for the cavalry in the shape of Marko Arnautovic and Lucas Perez in hope of a riposte.

And in fairness to the Hammers, they threw the kitchen sink at Tottenham and hauled themselves back into the game in the 71st minute when Perez nodded home at the back post to set up a grandstand finish. 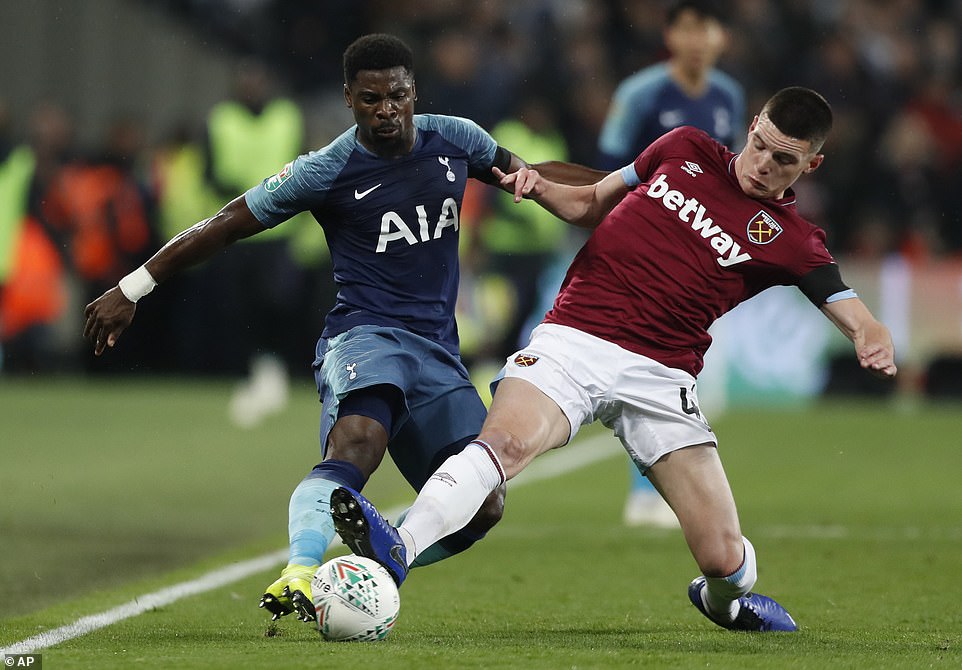