West Bromwich Albion almost pulled off an upset as they held Chelsea 3-3 in the Premier League on Saturday.

It took less than five minutes for the game’s first goal, as Marcos Alonso gave the ball away and one pass later Callum Robinson drilled a low shot into the far corner.

If the flow of the game was largely one way early on, the goals all came against the current; a Thiago Silva error let Robinson race through for a second, before Kyle Bartley steered home a third soon after.

Chelsea mounted a second-half fightback and scored through Mason Mount and Callum Hudson-Odoi, but it took until the 93rd minute for the equaliser from Tammy Abraham.

Here are five things we learned from the game at the Hawthorns.

Silva in, Kepa out…but not the desired outcome

Clearly having had enough of his sub-par performances and avoidable errors, Frank Lampard took out Kepa Arrizabalaga – even though new goalkeeper Edouard Mendy wasn’t yet involved.

Additionally, Thiago Silva finally came in for his Premier League bow, taking the captain’s armband in addition to his place in the back line.

Chelsea’s back line was shambolic; Marcos Alonso was the constant culprit in the first half and he was subbed at the break – Ben Chilwell walks into that position as soon as he’s fully fit – but Silva also made a dreadful mistake and the recovery runs from midfield were largely non-existent.

Much more needed on the training ground, as well as with individual concentration.

Lampard’s dreadful record on the road

No club has conceded more away goals in the top flight since the start of 2019/20 than Chelsea under Lampard.

It’s an unavoidable failing of his team, with just one league clean sheet away from Stamford Bridge in that period.

He wants his team to be challengers in all competitions, but that’s utterly improbable without a much sterner back line in place.

Perhaps Mendy, with his shot-stopping ability and imposing frame, will be the first step toward that improvement. 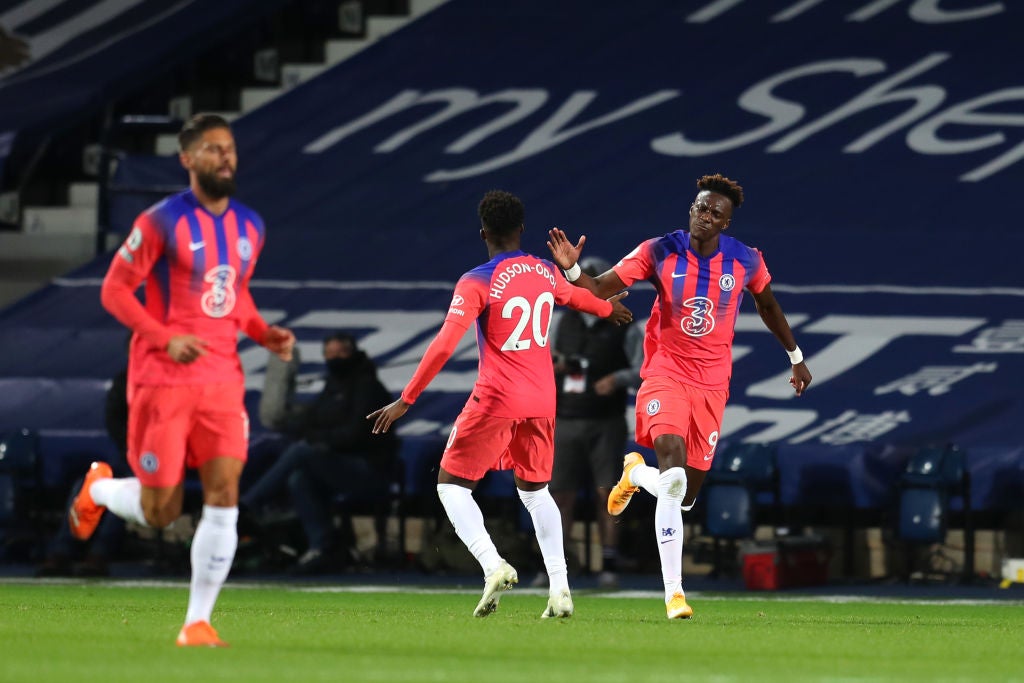 Hope rekindled for Bilic and Baggies

Two defeats in two games, lots of goals conceded, red cards, managerial fines…it hadn’t exactly been a dream return to the top flight for the Baggies.

The counter-attacks were good, well-structured and with numbers joining from deep more often than not, and despite conceding three times they’ll take much heart from knowing not all teams will have the depth of reserves off the bench that Chelsea are blessed with.

This would have been a huge three points, but even a draw should give great optimism for the upcoming run of games – offer a draw before kick-off and many West Brom fans would have taken it.

Even while three goals down there was a key outlet for Chelsea who used the ball well and looked a good route back into the match: Mason Mount.

The attacker started on the right of the three, a good link player who found spaces between the massed ranks of West Brom defenders and made Reece James overlaps possible.

Second half he dropped into midfield, showing his ability to constantly switch play, find passes between the lines and help regain possession – plus he finished a lovely effort into the bottom corner.

Despite all the new signings and money spent he remains a key starter for Lampard, and on the evidence of this game it’s again easy to see why.

He was only sub again, but Hudson-Odoi’s second-half performance was enough to serve as a timely reminder that he can be a big part of a successful team.

The wide forward has undoubtedly had a bad last 12 months, with injury, rehabilitation, a broken-up campaign and competition for places all wrecking his potential game time.

But here there were a few signs of what he can do: the dribble down the right, a couple of clever crosses, the link-up with Kai Havertz and smooth finish for Chelsea’s second.

There have been suggestions of a loan move, so this showing – with Christian Pulisic and Hakim Ziyech still unavailable – was possibly a good shop-window display, as well as one to metaphorically knock on Lampard’s door for forthcoming lineups.