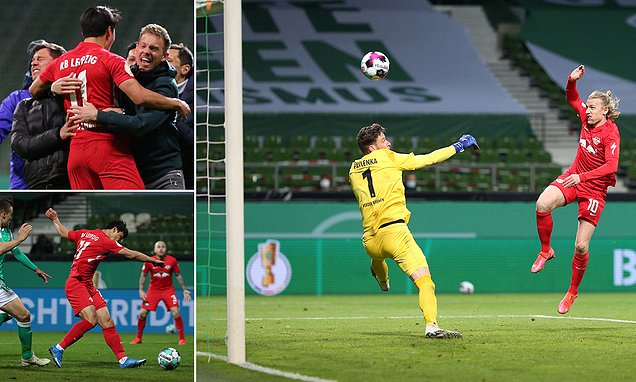 RB Leipzig reached the German Cup final as substitute Emil Forsberg netted a last-gasp goal to give them a 2-1 win at Werder Bremen after extra time in a pulsating clash on Friday.

The match finished goalless in regular time despite the visitors hitting the woodwork on three occasions and the hosts having a penalty overturned by VAR.

But Hee-Chan Hwang fired Leipzig ahead in the 93rd minute with a clinical finish from eight metres after the home team’s defence failed to clear the danger. 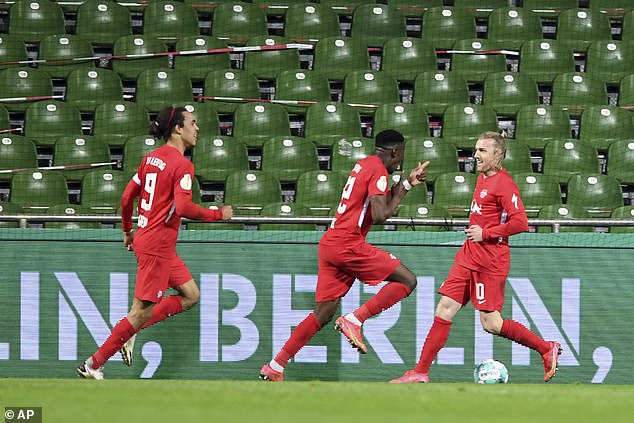 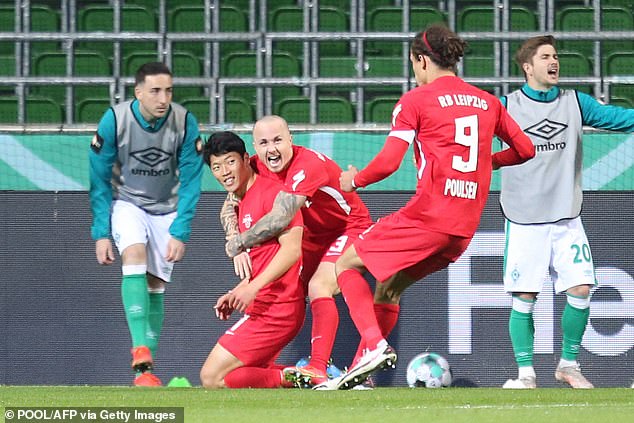 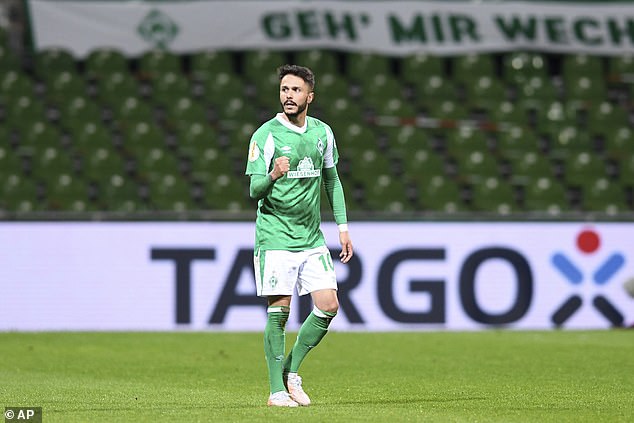 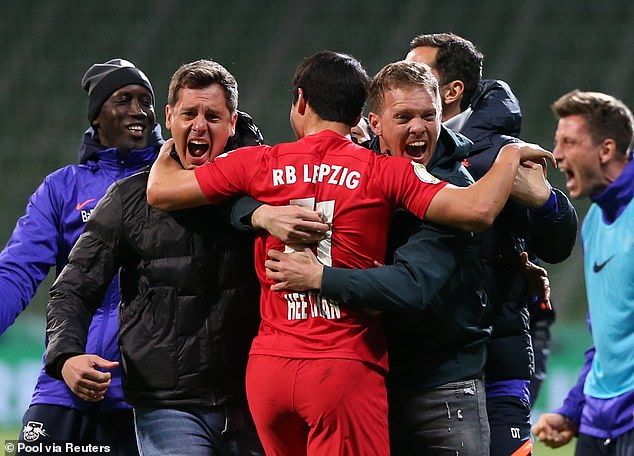 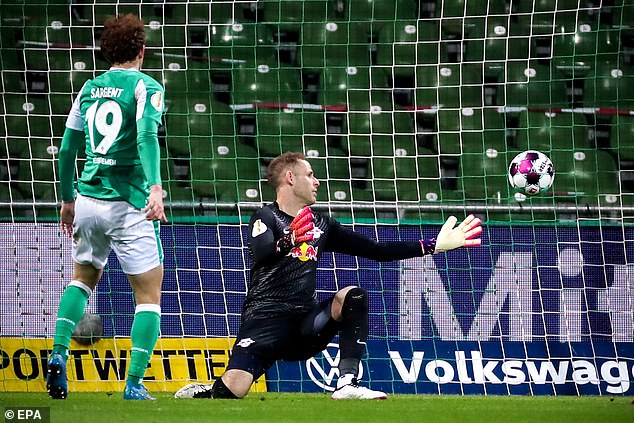 Bremen, who were on the back foot throughout the contest, levelled in the 105th minute when Leonardo Bittencourt took advantage of Dayot Upamecano’s error and steered the ball home after rounding goalkeeper Peter Gulacsi.

With a penalty shootout looming, Forsberg popped up to volley home superbly with almost the last kick of the game after Hwang headed a Kevin Kampl cross from the right into the Swedish forward’s path.

Borussia Dortmund are at home to second-tier side Holstein Kiel in the other semi-final on Saturday. 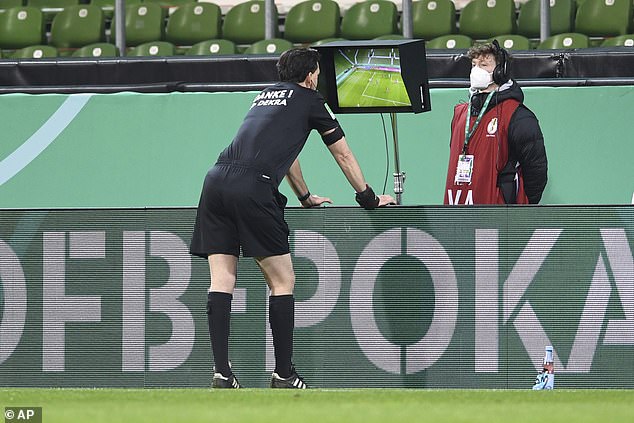 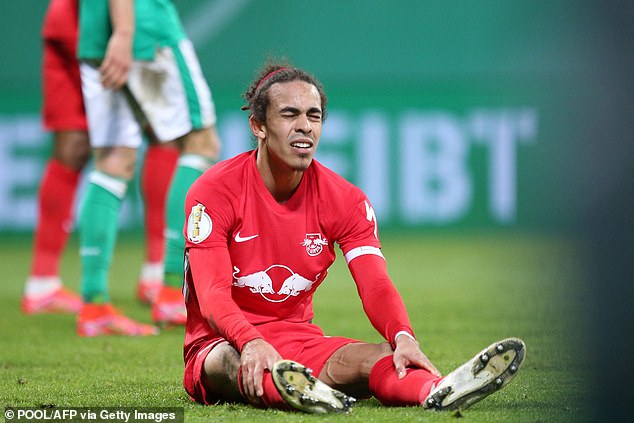 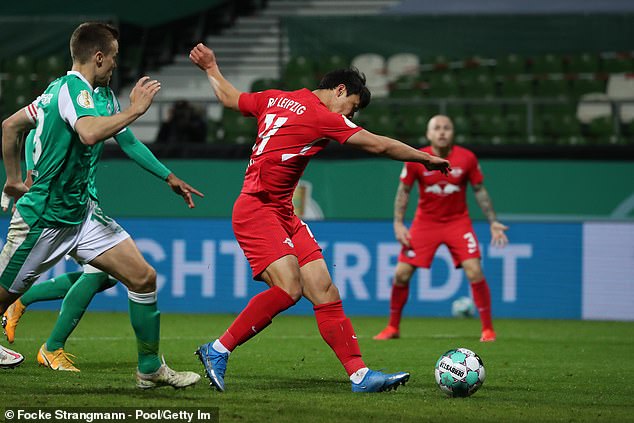 But just three minutes into extra time, substitute Hwang popped up to put the visitors ahead 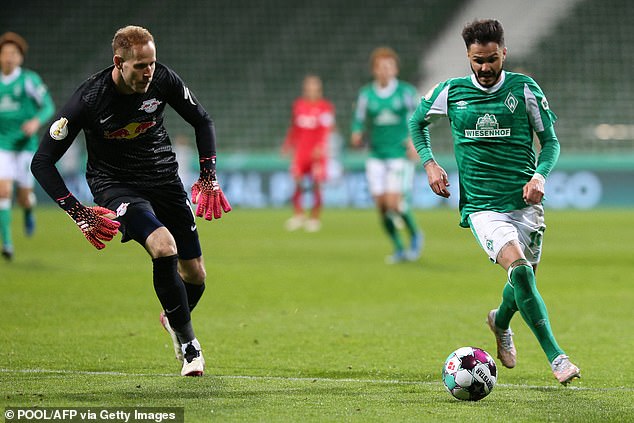 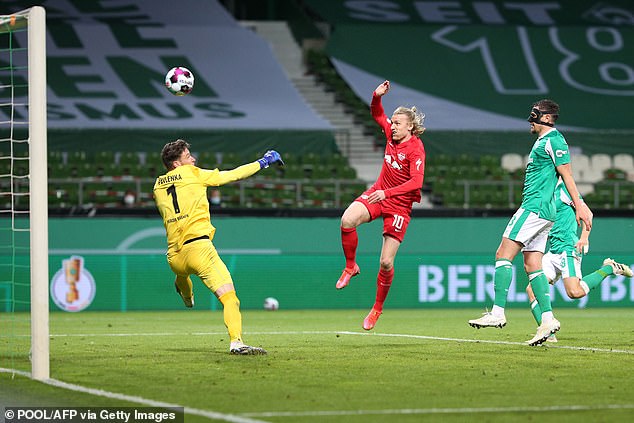 But right at the death, substitute Forsberg popped up by applying the finishing touch