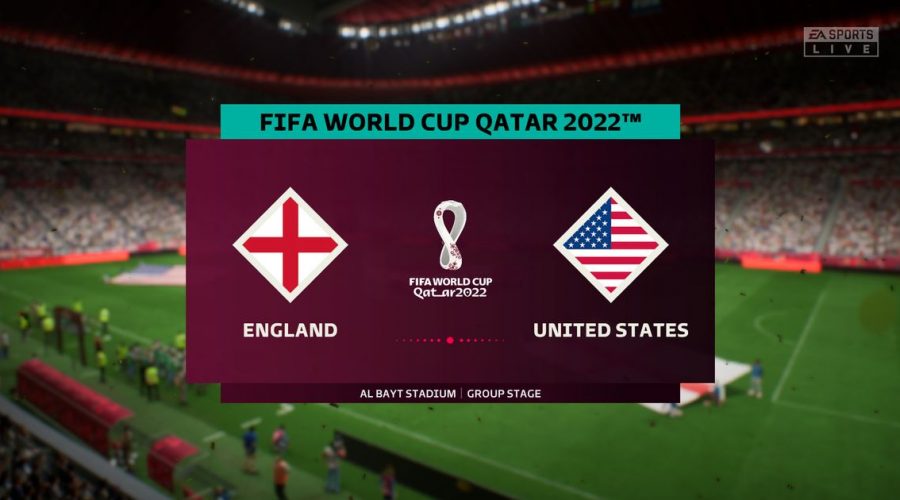 England could potentially secure their spot in the 2022 FIFA World Cup Round of 16 on Friday night with a win against the United States.

An incredible performance from England in their 2022 FIFA World Cup opener saw the Three Lions beat Iran 6-2 at the Khalifa International Stadium, with Bukayo Saka, Raheem Sterling, Jack Grealish, Jude Bellingham and Marcus Rashford all getting on the scoresheet. The result sent England to the top of Group B, with USA and Wales drawing 1-1 in the other group game.

Gareth Southgate's side have received a few injury boosts ahead of the clash, with Harry Kane and Harry Maguire both set to be fit after suffering separate issues against Iran. James Maddison continues with his injury woes and is set to miss Friday's clash, whilst it will also come too soon for Kyle Walker.

So, how could England get on against the United States in their second game of the 2022 World Cup? We simulated the clash on FIFA 23 to try and find out.

We simulated England vs USA to get a score prediction

To run this simulation, we used FIFA 23 and updated the squads with the latest injuries and suspensions. We didn't select a team to control, with the World Class AI playing against each other to get a score prediction.

We predict that England could line up in a 4-3-3 formation, with their line-up unchanged from the win over Iran: Pickford: Trippier, Stones, Maguire, Shaw; Bellingham, Rice, Mount; Saka, Kane, Sterling.

We predict that USA could set up in a 4-3-3 formation, with their line-up as follows: Turner; Dest, Zimmerman, Ream, Robinson; McKennie, Adams, Musah; Weah, Sargent, Pulisic.

England looked the better side in the opening stages of the game, but the USA still caused some trouble for the Three Lions, with Jordan Pickford having to make some big saves to keep the score level. It was an impressive beginning for Southgate's side in an even contest, and England entered the break with the lead as John Stones headed home.

Kieran Trippier found Bukayo Saka on the right as he went short with the corner, and the Arsenal winger curled an inviting cross towards the front post. Stones met the cross brilliantly as he charged forward to meet the ball, and the defender flicked his effort across goal and into the bottom corner to put England ahead.

The United States were playing a high line as they looked for an equaliser, and this played into England's hands, with the Three Lions finding most of their success when hitting USA on the break. And, it was on the counterattack where England notched their second of the game.

Kane dropped deep as England won the ball back in their own half, and Mason Mount spotted the space left by the striker as he surged forward. Mount's run was spotted by Bellingham, and as the midfielder latched onto the pass and broke into the box, he fired past the 'keeper to double the lead.

A period of possession for USA saw Pickford called into action, and the 'keeper made some outstanding saves to keep England's lead at two goals. As the away side kept pushing for a goal to find a way back into the contest, the game opened up, and England took advantage to make it 3-0 late on.

Some sloppy play on the ball from Tim Ream saw the defender dispossessed just outside his own box, and the tackle made by Bellingham saw the ball fall to Mount inside the box. After controlling the pass, Mount fired past the 'keeper with a powerful strike for England's third.

USA made it 3-1 in the 88th minute when Tyler Adam's long-range volley deflected into the net off Declan Rice, but it proved just to be a consolation goal as England claimed three points.

Here are the full-time match stats.

FIFA 23 predicts that some moments of magic from Mason Mount followed by some Jordan Pickford heroics secured an important 3-1 for England over USA. A win for the Three Lions on Friday could secure their spot in the World Cup knockout stages with a game to spare.