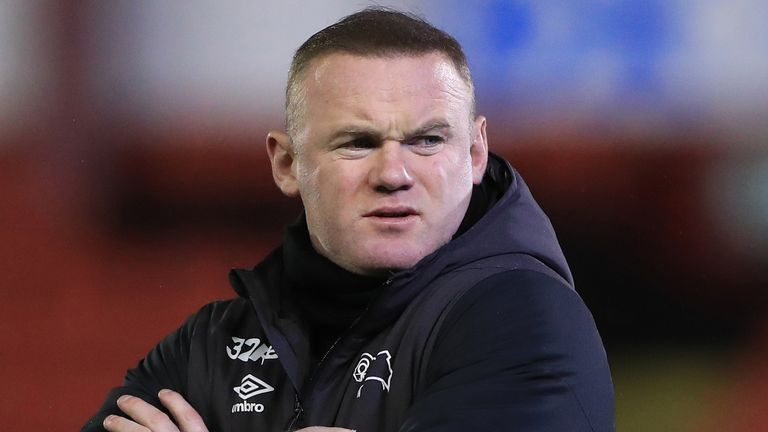 Wayne Rooney’s nightmarish pre-season took another negative turn after it emerged it was the Derby manager himself who was responsible for the ankle injury which ruled midfielder Jason Knight out for up to three months.

Derby have only nine senior players registered with the club – two of those goalkeepers – less than two weeks before the start of the new Sky Bet Championship season, and so Rooney has been joining in with training to make up the numbers.

But the manager went in for a 50-50 challenge with Knight while the team were training at Pennyhill Park in Surrey last week, injuring the Republic of Ireland international’s ankle.

Knight is a key absentee for Derby having played in all but three Championship games last season. It comes as Derby continue to negotiate for a relaxation to their transfer embargo.

Sky Sports News has been told that Derby officials are currently in discussions with HMRC and the EFL, and are hopeful that new submissions of the club’s accounts will pacify the authorities and allow them to sign more players.

The restrictions were imposed by the EFL as punishment for the following breaches:

As things stand, the EFL will allow Derby to build a squad of 23 players of “professional standing” – a player who has played a game in the League, the EFL Cup or the FA Cup.

Derby currently have 19 players classed as such, and so can add four more.

Rooney said he will not walk away but warned the club it would be “impossible” for him to field a team for the start of the new Championship season without significant signings.