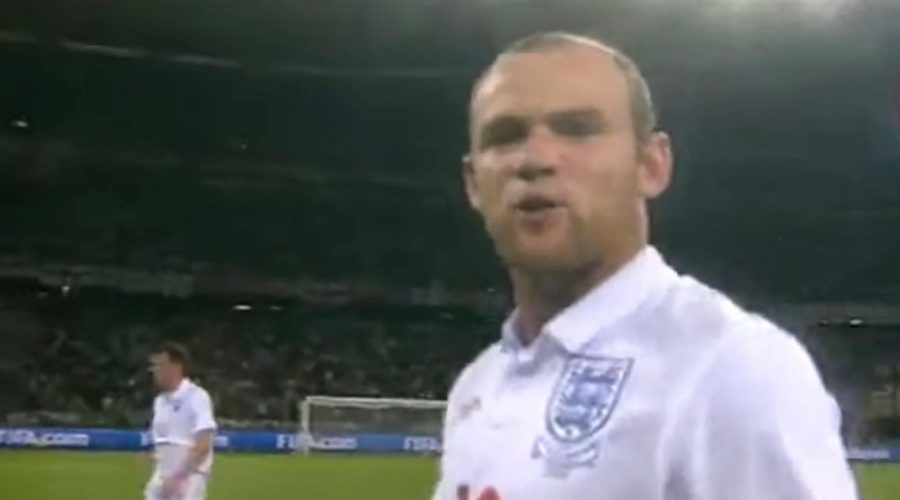 Wayne Rooney has admitted he regrets lashing out at England fans at the 2010 World Cup.

The Three Lions failed to win their opener in South Africa against the USA and proceeded to draw the second game 0-0 to Algeria after a dismal display. England fans could be heard booing the team throughout the torrid affair and especially at the final whistle.

Striker Rooney, who now holds the record for the most England goals, retaliated after the match by telling the camera: “Nice to see your own fans booing you, you ‘football supporters’.’”

Rooney has now expressed his regret in a column for The Times, saying: “Obviously, I shouldn’t have said what I did. It wasn’t a dig about England fans in general, just frustration at what happened on the day.

“I remember them booing us ten minutes into the game. You’re being labelled as a group of players who don’t care and it’s far from it — you probably care too much and are trying too hard.

Do you think Wayne Rooney is the greatest England striker of all time? Let us know in the comments section.

“Personally, I’d have loved to play better — but I felt in a blur throughout the tournament. In training, I just couldn’t control the ball, I had no touch, and in games I was the same.”

The Manchester United legend was forced to apologise for his behaviour as England were finally able to secure a win in their third clash of the group stages, edging past Slovenia 1-0 to progress to the last-16.

But Rooney’s goalless run throughout the tournament persisted in a crucial tie against rivals Germany. And England were dumped out of the competition after a brutal 4-1 defeat to Die Mannschaft, who went on to reach the final in Johannesburg.

November 20, 2022 Soccer Comments Off on Wayne Rooney addresses Algeria outburst and admits ‘I shouldn’t have said it’
NFL News