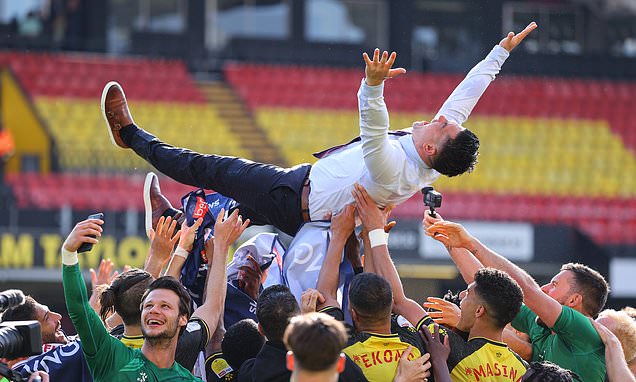 The man behind Watford’s immediate return to the top flight grinned like a Cheshire cat in the post-match press conference as the noise crept into the room. Xisco Munoz had pulled it off.

A club with a penchant to chop and change managers — Javi Gracia, Quique Sanchez Flores and Nigel Pearson were sacked last term — now finally appear to have stability under this Spaniard. It is Watford so it must be said with some caution, but they appear to have finally found the right man. 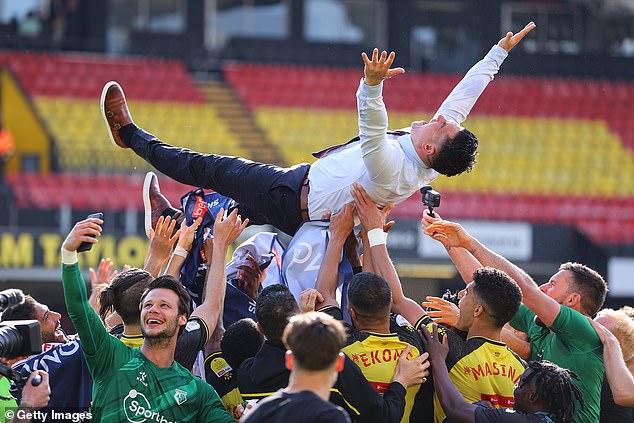 In December, the Hornets were tearing themselves apart from within. Vladimir Ivic was in charge and the club perched in fifth place. Though the gradual decay in form which saw Ivic lose two of his last five matches was of concern, the in-fighting proved as troubling for the owners.

Captain Troy Deeney had scored in three consecutive matches but Ivic stuck him on the bench in Watford’s humbling 2-0 defeat by Huddersfield — not even as a substitute — for a ‘discipline issue’.

The side’s form appeared to be in disarray and the club decided it was time for a new manager. In came Xisco from Dinamo Tbilisi, a young manager in the early stages of his career. It was a risk to some but what a masterstroke the move has proven to be. 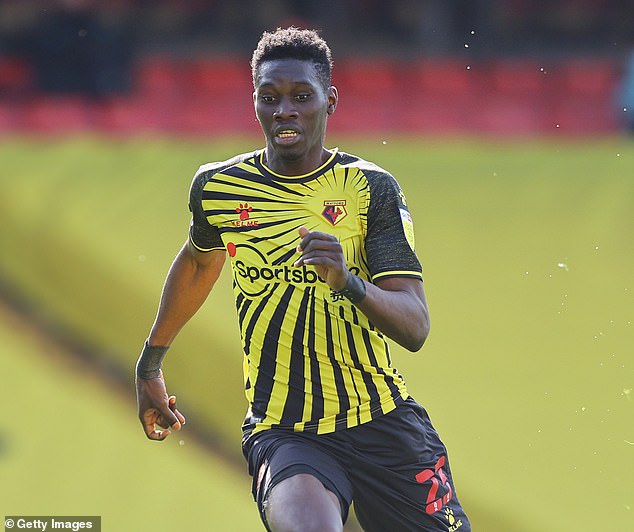 The 40-year-old adapted to the job quickly and managed to keep his side on track with 10 wins in 11 games while their rivals fell away. His ability to galvanise his stars despite the hope of automatic promotion slipping away at one point has not gone unnoticed.

There has also been an apparent willingness within the club to stay focused on the end goal of promotion, rather than recouping finances from a damaging relegation last season.

Abdoulaye Doucoure was sold to Everton for £20million. Pervis Estupinan and Luis Suarez — neither of whom ever played for Watford but were both on the books after a series of loans — were sold to Villarreal for £15m and to Granada for £6m respectively. That money has helped fend off Premier League interest for their key assets.

Ismaila Sarr, who scored from the penalty spot on Saturday to secure promotion, was close to being snatched by Liverpool for £35m in January. A sticking point was the hefty price tag. The owners deserve credit for failing to compromise a deal for the Senegalese forward, who has scored 13 goals and made 10 assists this season and been integral to the Hornets’ promotion charge.

Deeney fits in this category too — he was earmarked by Tottenham in the autumn. He’s not irreplaceable in the same way Sarr is but has been important.

Deeney has scored just seven goals in 18 appearances but leads the line and leaves it all out on the pitch. Anything less than 100 per cent from his team-mates is not accepted. It’s no different off the pitch, with the 32-year-old demanding in training.

Xisco emotionally revealed he immediately FaceTimed his six-year-old daughter and two-year-old son after being away from them for six months. He can now take some comfort knowing the sacrifice has paid of