Young Watford goalkeeper Pontus Dahlberg suffered a gruesome cut to his forehead after taking a knee to the face in training… but wanted to carry on playing.

Hornets No 1 Ben Foster shared footage of the 19-year-old’s horrific wide gash, and revealed he was ready to shake it off immediately.

He tweeted: ‘GRAPHIC CONTENT ALERT!! So this happened to our young GK in training on Sunday morning!!! Took a knee to the forehead and genuinely wanted to just get up and walk it off’. 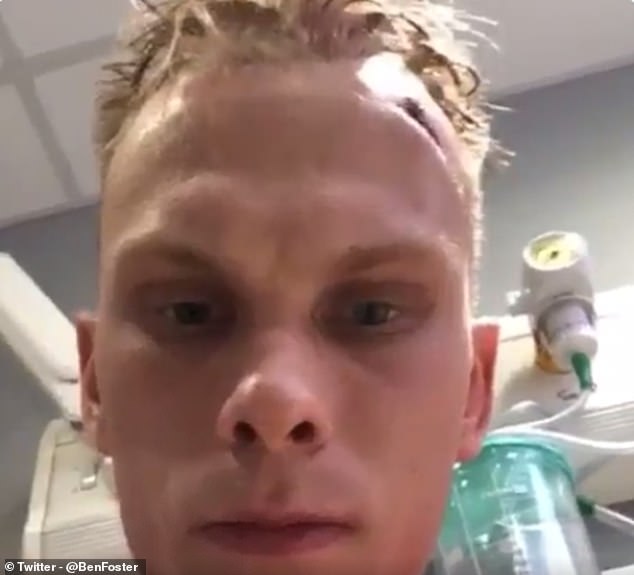 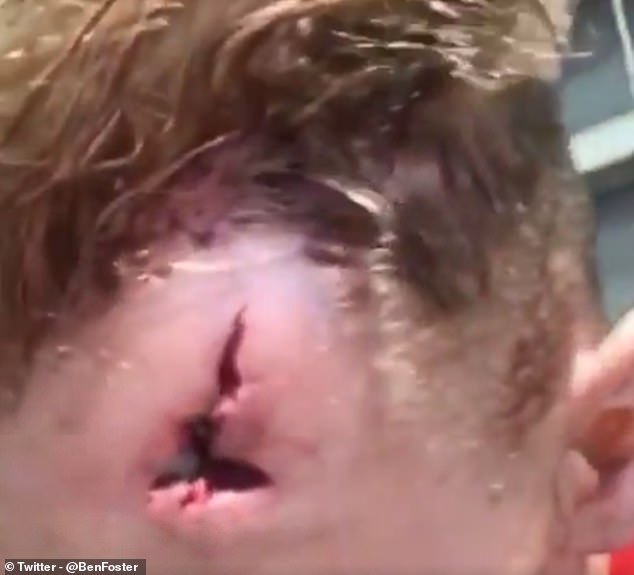 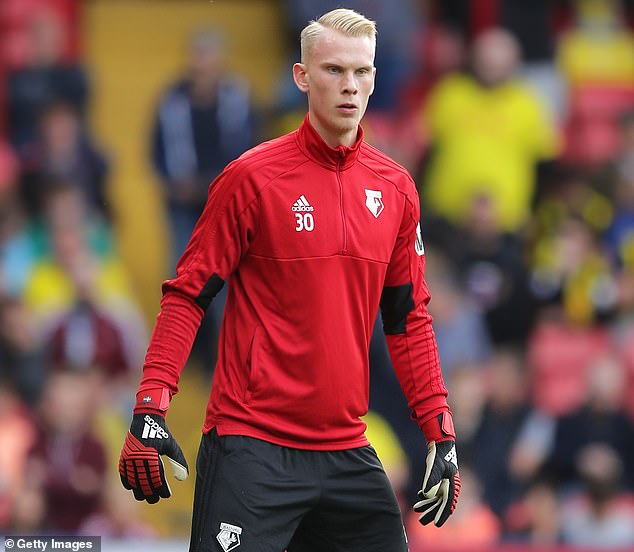 Twitter reacted with admiration for the rookie, with fans calling him ‘hard as nails’ and ‘hard as a rock’.

Another compared him to the legendary Monty Python character the Black Knight, who famously cried ‘Tis but a scratch’ after having his arm chopped off.

The teenager was snapped up by Watford in January from IFK Goteborg.

He signed a five-and-a-half-year deal but has yet to make a Premier League outing. 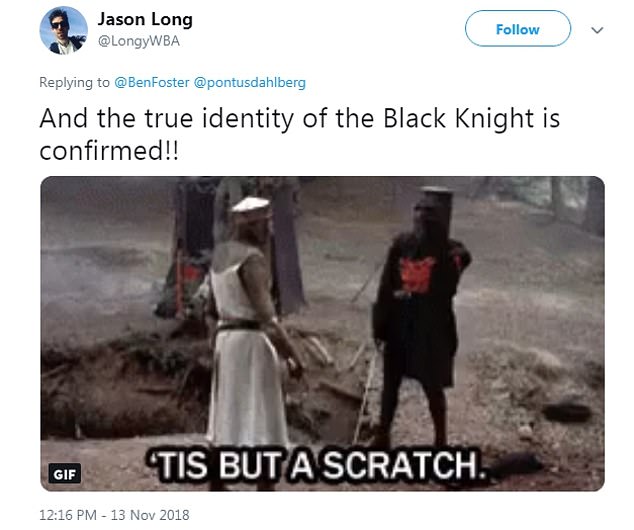