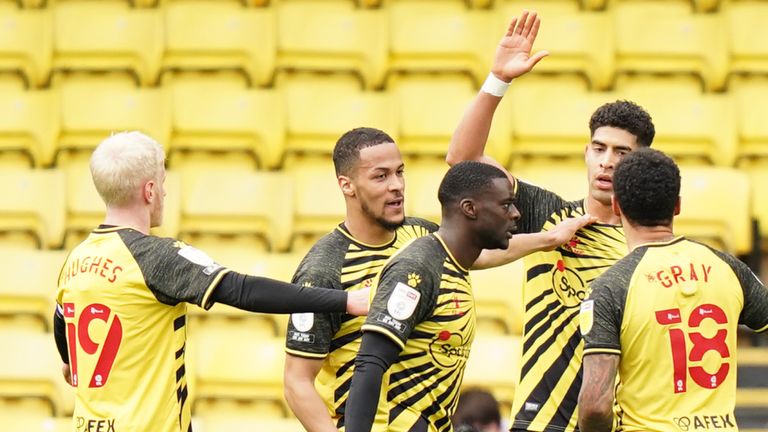 Watford climbed into the Championship automatic promotion places after a 1-0 win over Nottingham Forest at Vicarage Road.

Adam Masina scored the only goal of the game with a fizzing drive after Forest goalkeeper Brice Samba had struggled to deal with a cross from Ismaila Sarr (17) and, while Lyle Taylor had a late strike ruled out for offside, the visitors could not mark their second-half improvement with an equaliser.

Xisco Munoz’s Hornets move above Brentford – whose game against Rotherham was postponed due to a Covid-19 outbreak in the Millers’ camp – on 66 points after 35 games, while Forest stay 16th on 40 points, eight points off the bottom three.

With Brentford not in action, victory for the Hornets would ensure their ascent to second and they started with a spring in their step, with Andre Gray heading into Samba’s arms after connecting with a teasing Kiko Femenia delivery from the right. 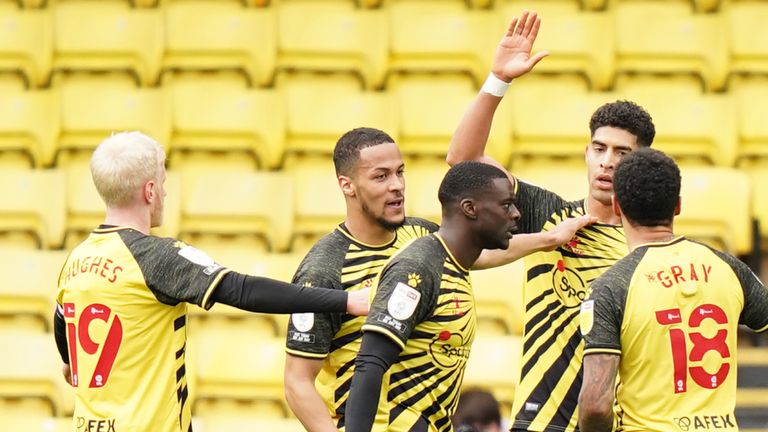 Watford continued to pose a threat and took the lead after 17 minutes, when Forest were the architects of their own downfall. Gaetan Bong afforded Sarr too much time to flash the ball across the six-yard box and when Samba failed to claim, the ball broke for Masina, who took a touch and rifled into the back of the net.

Chris Hughton’s men offered little in the way of a response, though perhaps should have done better as Filip Krovinovic struck over the bar from inside the D, shortly after full-back Cyrus Christie had sent a searching ball across to the far post which was just calling out to be attacked.

Gray had the chance to take his tally for the week to three – following his double against Wycombe – 10 minutes after the break, but failed to apply the finishing touch to another wicked cross from Femenia.

Before the hour mark, Chris Hughton brought on Cafu and Joe Lolley in an attempt to spark his side into life, which worked almost immediately. Forest gained some composure in the final third and went close when the former’s shot took a deflection off Will Hughes and looped inches wide of the right-hand post.

They thought they had gone one better in the final 10 minutes, when substitute Taylor beat Watford ‘keeper Daniel Bachmann with a clinical strike after Glenn Murray poked the ball clear, but celebrations were cut short by the linesman’s flag.

Man of the match – Ismaila Sarr

It was another eye-catching performance from the 23-year-old Senegal international, who threatened often on the right and put the ball across the box that led to Masina’s first-half winner.

Both sides are next in action at 3pm on Saturday, March 13. Watford travel to South Wales to face Cardiff at the Cardiff City Stadium, while Nottingham Forest host Reading at the City Ground.