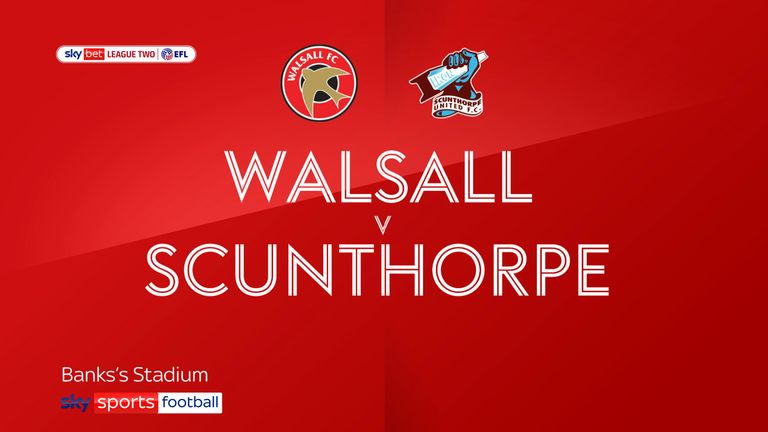 Hippolyte’s strike was cancelled out by Wes McDonald but Howard saved Josh Gordon’s penalty and Alex Gilliead crashed home a fine winner for the Iron.

Dan Scarr looped a header just over from a Walsall corner but United broke through on 27 minutes, a fortunate ricochet from Mason O’Malley’s free-kick falling for Hippolyte to slam home from close range.

The Saddlers levelled on 55 minutes as winger McDonald stole in at the far post to volley home Cameron Norman’s cross.

Rose saved superbly from Gilliead and Green but was powerless when the former drilled into the bottom corner from 20 yards on 69 minutes.