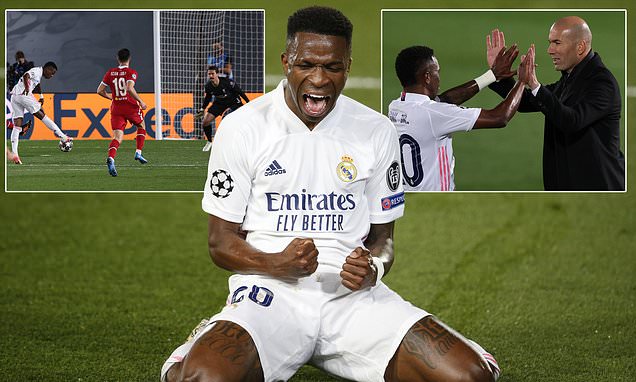 Vinicius Junior scored the best goal of his Real Madrid career so far and wiped away the memory of the lowest point in his career, against Manchester City last season.

With Madrid missing three of their first choice back four against Liverpool, Zinedine Zidane decided attack was the best form of defence and the Brazilian started up front in a bold 4-3-3.

What a difference a season makes. In last year’s last-16 game away at Manchester City, with Real Madrid chasing the game, Vinicius was left out by Zidane despite the Spanish side needing to turn around a first leg defeat. 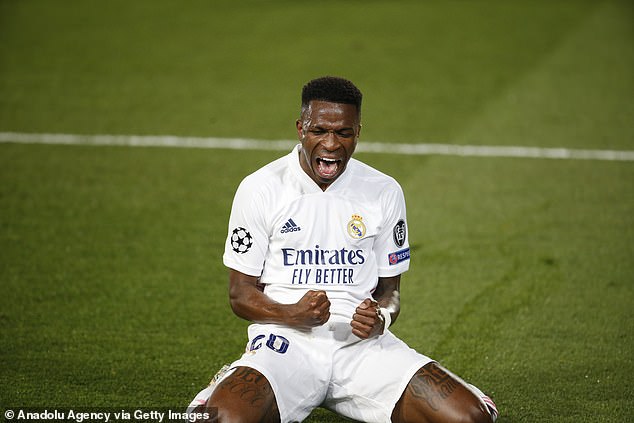 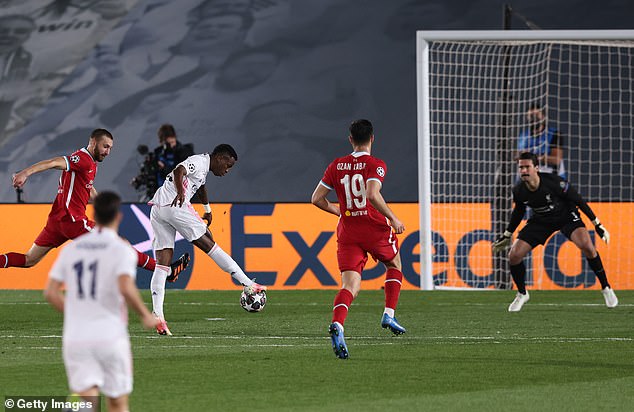 Having been left out at Man City last season, he scored his first senior brace against Liverpool

He did not react well. Instead of keeping his head down and waiting for his chance from the bench he read his mobile through the team talk before not even warming up ahead of the game.

Zidane has never trusted him entirely and that looked like cementing a future away from the club. But on Tuesday night when he finished the Toni Kroos-missile pass with aplomb in the first half and then stroked in a second from Modric’s assist after the break he looked like the complete striker most at Madrid believe he would never become.

Vinicius’ numbers are not great. He has three goals in 26 LaLiga games this season. He got three in 29 LaLiga games last season.

When he has scored it has often been a scuffed or deflected effort. When he scored last season against Osasuna there were tears such was the relief. 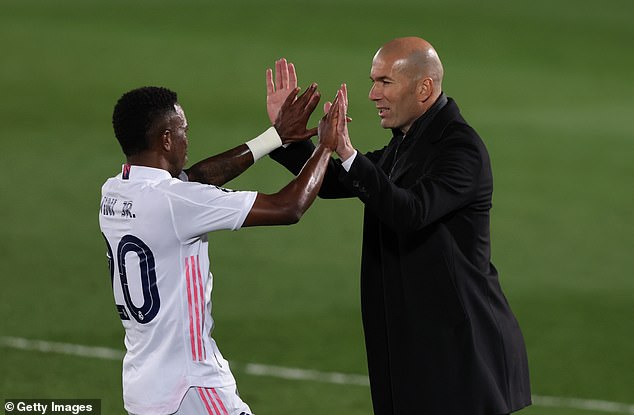 His failure to choose well, or take that extra second that great finishers always say is there for the taking in the crucial moment have always let him down.

Lightening quick, strong and skillful he has so many of the other qualities needed to make it at Madrid but he has always appeared to miss the most important one – the ability to finish. But that was not the case against Liverpool where he scored his first brace as a senior player.

He is even winning over strike partner Karim Benzema. When both played in the disastrous 2-2 draw away to Borussia Monchengladbach during the group stages that put qualification in doubt, Benzema was picked up by microphones in the mouth of the tunnel telling team-mate Ferland Mendy: ‘don’t pass to him it’s like he’s playing for the other side’.

The conversation took place in front of Vinicius who was oblivious to the criticism because his team-mates were speaking in French. Most agreed Benzema had crossed a line, humiliating a young team-mate and there was no real apology from the forward. 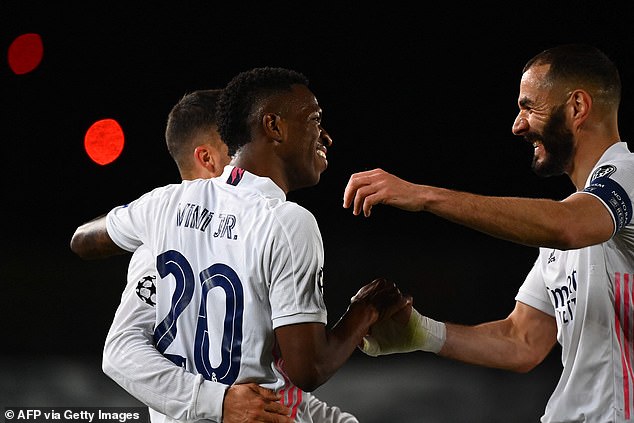 But the Brazilian took it all in his sprinter’s stride. He accepted it as fair-game criticism despite the underhand way it had been delivered.

He got on with the job of convincing Benzema.

In the last few days he will have started to win that battle. On Saturday he crossed for Benzema to score in Real Madrid’s league win over Eibar.

On Tuesday night there were assists for the Frenchman. But there were also two well taken goals that Madrid’s top scorer would have been proud to call his own.

April 7, 2021 Soccer Comments Off on Vinicius looked like the complete striker for Madrid against Liverpool
NFL News