The text that ruined my career: Vincent Pericard reveals Juventus sent him to Portsmouth as punishment for asking vice-chairman’s girlfriend to have a drink with him

Former Portsmouth forward Vincent Pericard has revealed he was shipped out of Juventus after asking the vice-chairman’s girlfriend for a date.

The Cameroon-born striker joined Juventus in 2000 from Saint Etienne only to end up at Pompey two years later after his howler.

Pericard spent time with several clubs in England, including Stoke, Plymouth and Southampton, but he admits his career could have followed a very different path. 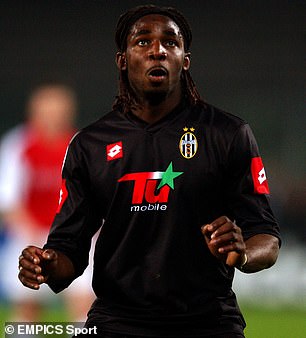 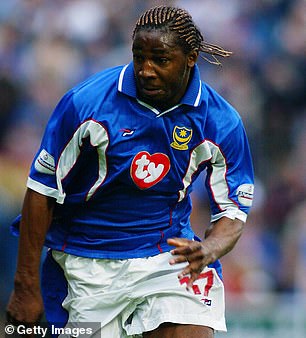 Pericard told Camfoot: ‘My entire life outside of Juve has been scandalous.

‘Myself and two other French players at the club were having Italian lessons with a beautiful tutor.

‘One evening we were at home and I sent the teacher a message inviting her round for a drink with us.

‘An hour later the phone rang. It was Roberto Bettega, the Juventus vice-chairman.

‘He gave us a b******ing and asked us who we thought we were to send messages to his girlfriend.

‘We didn’t know she was his girlfriend. We were hauled in for talks, and they loaned me out to Portsmouth.’

The ex-Premier League forward has spoken in the past about suffering from mental health issues and how four consecutive quadriceps tears followed by a snapped cruciate ligament wrecked his confidence. 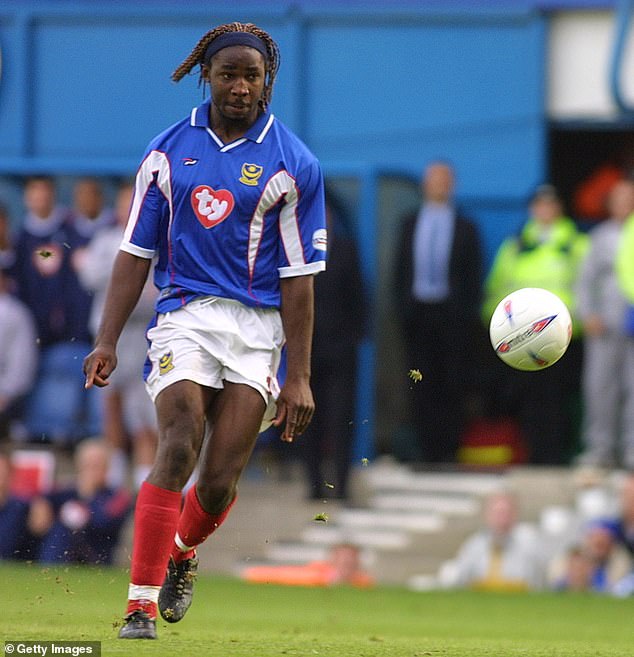 ‘It was terrible as things had been going so well for me at Juventus,’ added Pericard.

‘I ruined my career with Juve all because of an unfortunate text.

‘I have no doubt that without that happening my life would have been totally different.’

Pericard retired from football in February 2012 but returned to the sport in 2015 to play for Wessex League side Moneyfields.