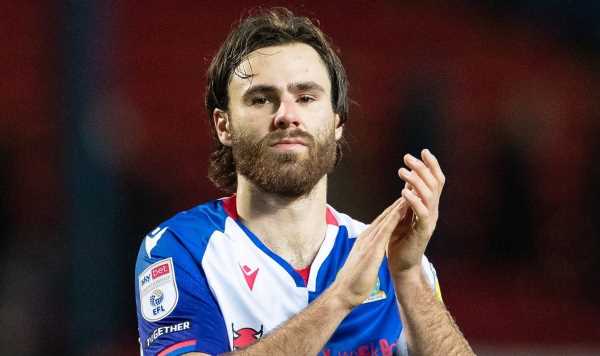 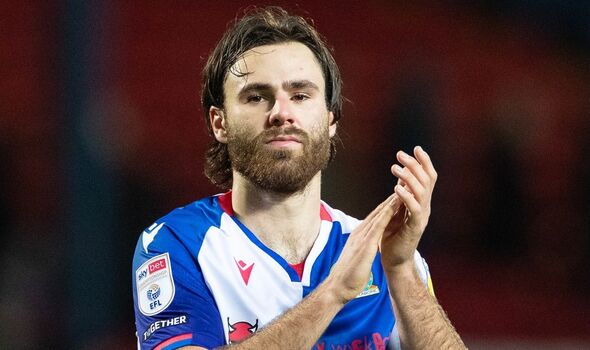 Villarreal believe they have won the race to sign Ben Brereton Diaz on a free transfer when his Blackburn Rovers contract expires at the end of the season. The Chile international has been the subject of extensive Premier League interest in the past 12 months but the 23-year-old frontman has opted to run down his contract at Ewood Park where he looks set to remain until the end of the season.

Express Sport understands Diaz is set to sign a pre-contract agreement with Villarreal, who are prepared to wait until the end of the season to land their target after offering the striker a five-year deal.

Villarreal president Fernando Roig has been central to their push for the player, who hit 22 Championship goals last season, in a bid to see off rival suitors from England.

The Spaniard has had great joy recruiting players from the second tier of English football in recent times after Arnaut Danjuma made an immediate impact at Villarreal following his £21.3million move from Bournemouth in August 2021.

As a foreign club, the 2021 Europa League winners have been free to negotiate with Diaz since January 1 as he entered the final six months of his deal and they have seemingly capitalised on their advantageous position to strike an agreement.

Everton, Nottingham Forest, Fulham and Sevilla have also been credited with an interest in the 2022 Northwest Football Awards’ Championship Player of the Season.

While two current Villarreal forwards – Danjuma and Nicolas Jackson – are potentially headed for the Premier League, Diaz seems unlikely to make the switch to eastern Spain before the end of his current contract.

Danjuma was given permission to fly to London by Villarreal last weekend to hold talks with several English clubs including former side Bournemouth, Everton and Nottingham Forest.

As part of the agreement, the Dutchman then returned to Villarreal on Tuesday although he did not take part in training with his current club team-mates.

Now Danjuma has headed back to London to continue transfer talks as he seeks to resolve his future before the end of the transfer window.

Villarreal are prepared to let him leave this month providing any loan deal includes an obligation to buy at the end of the season.

There is no definitive leader in the race for his services as talks continue between his representatives and a host of Premier League clubs.

Talks are advancing over a deal for the 21-year-old, who is valued at close to £18m by Villarreal.

The Saints remain in dialogue with the attacker’s representatives as they seek to strike a January move to build on their recent progress under Nathan Jones.

Jackson can play both centrally and out wide meaning he will add huge versatility to the Southampton frontline should an agreement be reached with Villarreal.