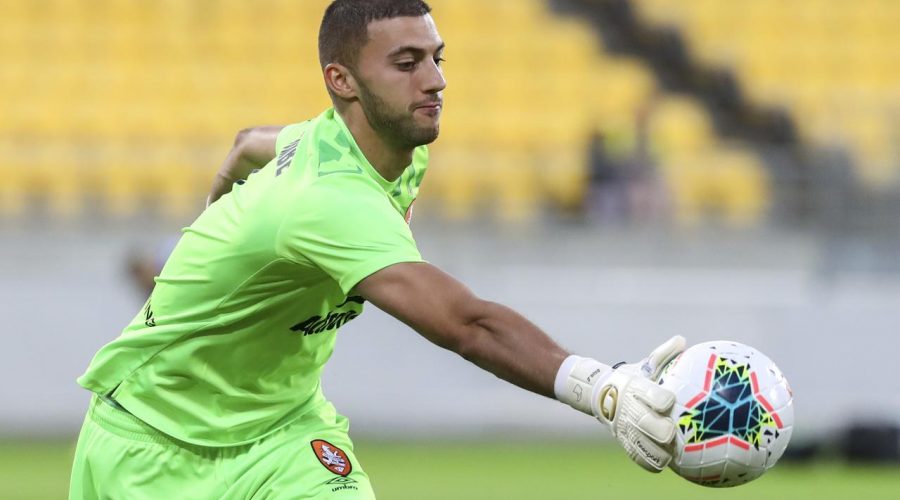 Max Crocombe has won the battle of the former Brisbane Roar goalkeepers to play against their old club at AAMI Park tonight.

With long-time custodian Lawrence Thomas gone, Melbourne Victory’s goalkeeper spot has been up for grabs ahead of the club’s 2020-21 A-League campaign.

Following Thomas’s departure for Danish club SønderjyskE in July, Matt Acton – who made two A-League appearances for the Roar in 2013 – finished last season between the posts for the Victory.

But Acton has lost his spot to New Zealand international Crocombe, an off-season arrival who started six matches for the Roar last season before being dropped for Jamie Young.

“Both goalkeepers vie for that number one spot and whoever is in form plays,” Victory coach Grant Brebner said.

“Both had minutes in Doha and Max did really well in the games he played, so Max will start the season in goal.”

Roar captain Tom Aldred expects Crocombe to have a point to prove after demotion to then bench after half a dozen matches last season,

All set for tomorrow 👊 #MVFC #Since05 pic.twitter.com/uVPggm9GxO

“He’ll definitely have something to prove,” Aldred said.

“He didn’t play a lot last season, and he’s gone there and got himself a good move, played well in the Champions League, and he’s a good lad as well.

“He’s quite a likeable character, and he’s a good keeper.”

Another of the Victory’s off-season recruits, former Blackburn and Middlesbrough striker Rudy Gestede, won’t start but could be used off the bench as he continues to strive for fitness after his recent quarantine spell.

“He’s a top striker and he’s different to a lot of the strikers you get here,” Aldred said of Gestede.

“He’s a target-man type, he’s physically a lot more dominant than a lot of the strikers in this league, so he could be a good signing for them.

“If he is to play (on Saturday) we’ll be ready for that.”

Gestede is among the reasons the Victory are expected to improve on last season’s 10th-placed finish and at least return to finals football this year.

In contrast, the Roar, who finished fourth on table last season and started their new campaign with a 1-0 home loss to Melbourne City last Tuesday night, have been tipped to struggle this year.

“It was the same last season. People didn’t expect us to finish fourth but rather near the bottom end of the table,” Aldred said.

“But if that’s how they want to see us, we’ll use that as motivation.

“We feel with what we’ve got we can compete and hopefully be around where we were last season and fighting for the finals.”

January 1, 2021 Soccer Comments Off on Victory opt for Max over Matt
NFL News