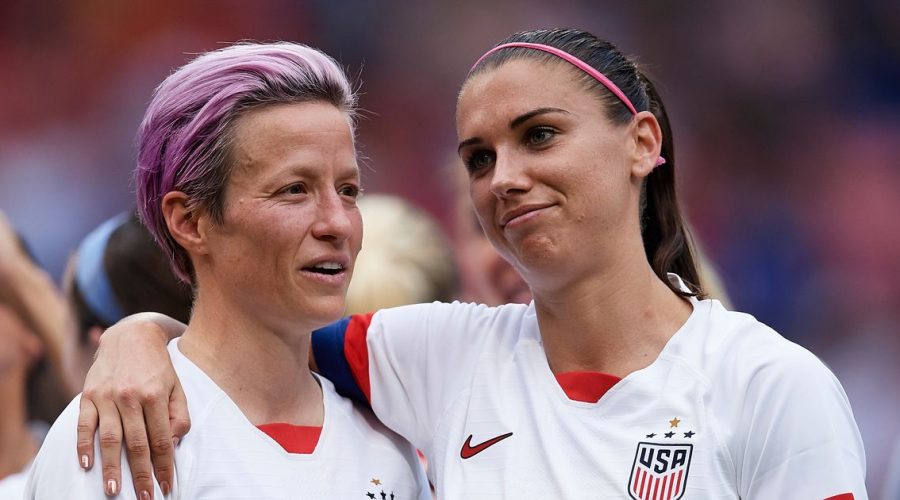 US star Alex Morgan has vowed to follow in the footsteps of Megan Rapinoe and continue the fight for equal pay between male and female footballers.

The 32-year-old, who played four games for Tottenham last season, is a vocal champion in the fight for equal pay between men and women in football.

That fight took Morgan, Rapinoe and the US women's national team to the courts earlier this year as they launched a lawsuit against US Soccer in the bid to secure equal pay.

Their lawsuit was dismissed in a court last May, but they still struck a deal for charter flights, hotel accommodations, venue selection and professional staff support equitable to that of the men’s team.

Morgan, who will compete at her third Olympics in Tokyo, still believes in the fight for equality in football and wants to do something that will bring about change in the game.

Asked what keeps her going in the sport, she told FIFA's official website: "There are a couple of reasons.

"Loving the game is definitely a big one, but it also goes back to wanting to do something bigger than what I stand for on the field.

"I want to use my platform to stand for gender equality, for example.

Do you agree with Alex Morgan and Megan Rapinoe? Let us know in the comments section.

"I also want to make my family proud, and I love that they get to travel the world with me.

"It's really unfortunate that they can't come here to Tokyo because they help give me confidence and inspire me.

"This will be my first tournament without that support of my parents and my husband, and I'll miss it.

"But the basic enjoyment is still at the heart of it all, yeah. The moment I stop loving what I'm doing is the moment I'll walk away."

Morgan, who won gold at London 2012, previously said that securing equal pay would ensure that her daughter would "not suffer what we suffered."

July 21, 2021 Soccer Comments Off on US star Alex Morgan vows to fight for same pay as male footballers
NFL News