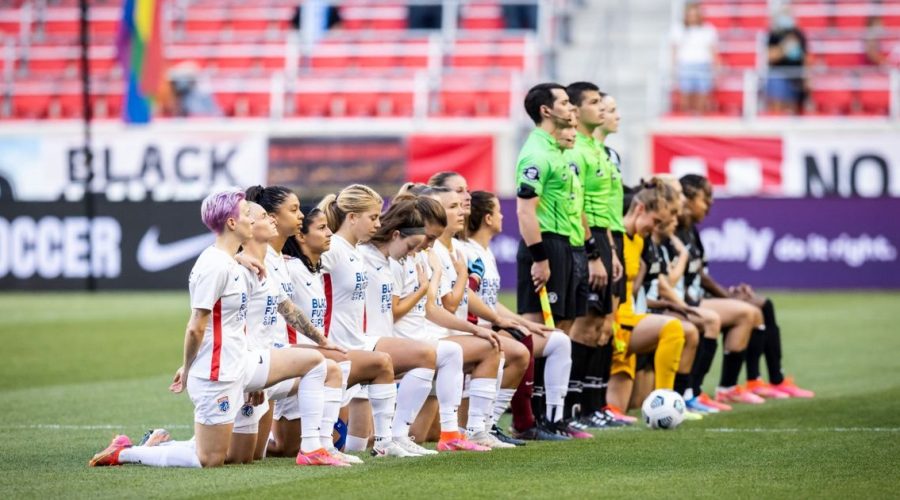 Rapinoe, 36, is known for being outspoken on wider political and cultural issues, having taken the knee with teammates at kick-off during the national team’s matches at the Tokyo Olympics this summer.

It has made her the target of criticism by former president Donald Trump, who in August claimed the team was “headed by a radical group of leftist maniacs” who lost out on a gold medal because they were “woke”.

Now former World Cup winner and two-times Olympic champion Solo has taken aim at Rapinoe’s attempts to get others to join her ‘divisive’ form of activism.

Speaking to Goal on its All of Us show, Solo said: “I've seen Megan Rapinoe almost bully players into kneeling because she really wants to stand up for something in her particular way.

“But it's our right as Americans to do it whatever way we're comfortable with and I think that's really hard being on the main stage right now with so many political issues for athletes.

“There's a lot of pressure and ultimately at the end of the day our number one focus should and has always been to win first.”

Do you think Rapinoe is in the wrong for allegedly making other players take the knee? Let us know in the comments section.

The US team only secured bronze in Japan despite being tipped to win another Olympic gold.

Solo last played for the national team in 2016, having been kicked off for calling the Sweden team ‘cowards’ after a defeat at the Rio Olympics.

The 40-year-old has also spoken on the wider nature of activism in the sport, branding the decision to take a knee divisive.

She explained: “Right now what I've seen is there's been so much debate about the kneeling, about the not kneeling. I know most people stand against discrimination.

“And I live in the south, I live in a very conservative area here in North Carolina in the south. Obviously, I have friends on both sides of the aisle, but I think the kneeling thing can be very divisive.

“It’s really hard being on the main stage right now with so many political issues for athletes.”