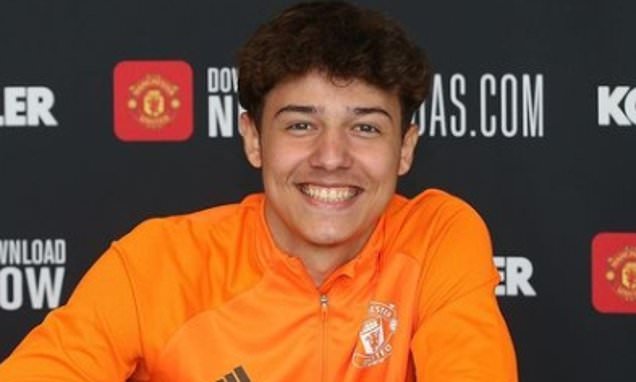 Manchester United have tied down exciting teenage defender Marc Jurado after handing him his first professional deal with the club.

The talented 17-year-old first caught the eye while emerging at Barcelona, before United moved quickly to bring him to English football.

Jurado joined United from from Spanish giants Barca last summer after rejecting the offer of a three-year deal in Catalonia. 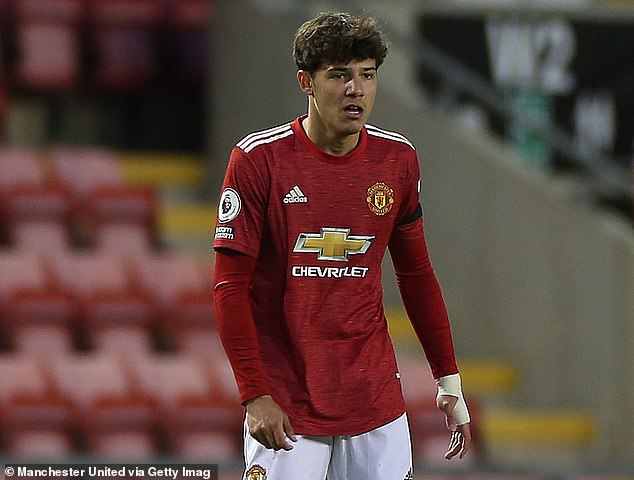 The youngster, who only turned 17 earlier in April, has featured heavily for United U18s since he joined last summer and could win the U18 Premier League title in his debut season.

‘Delighted to have signed my first professional contract with @manchesterunited,’ the teenager wrote on social media.

‘Also I would like to thank all my family, my friends and everyone for all their support.’

Jurado becomes the latest United youngster to sign a new long-term deal for the club.

Ole Gunnar Solskjaer’s side have made an active effort over the last 12 months to tie down their youth talent, with a host of starlets being handed deals.