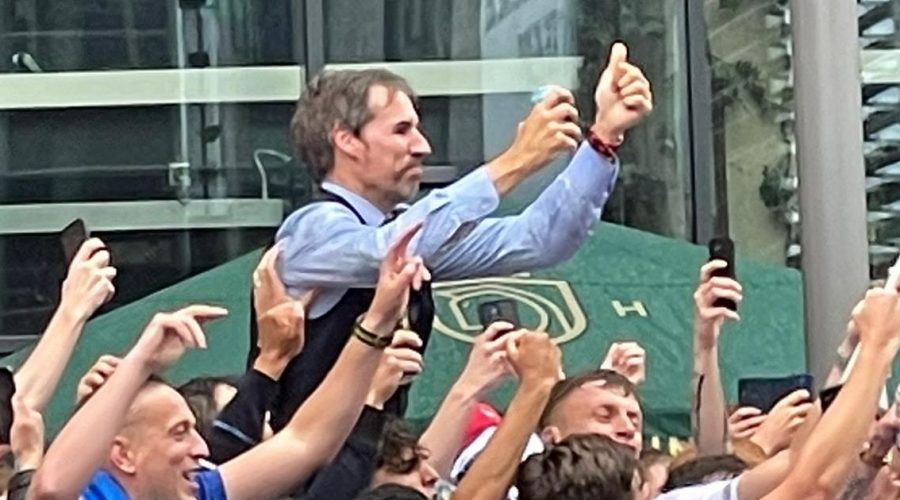 An England fan has been spotted with an uncanny resemblance to manager Gareth Southgate whilst getting ready for the game against Germany.

The Three Lions face off against their old rivals on Tuesday afternoon looking to book their place in the quarter-finals of the European Championships.

The last time these sides faced off in a maor tournament was in 2010 when Frank Lampard's equaliser was famously disallowed despite the ball clearly crossing the line.

Although there's no getting away from England's revent wretched record against Germany that hasn't stopped one fan getting in the Euros spirit having been snapped outside Wembley in his full Gareth Southgate attire.

Spanning waistcoat and all the Three Lions supporter was seen partying in a big group of England fans in northwest London before kick-off on Tuesday afternoon.

He was pictured outside The White Horse Fuller's Pub and Restuarant in Wembley just a short walk away from the national stadium.

It's also not the first time the fan has been spotted donning a full Southgate costume having been seen at the World Cup in Russia in 2018.

The lookalike certainly fooled a few fans into thinking he was the actual England boss on Twitter:

"Ha! Even some people right there thought it was him," wrote one supporter.

While one fan quipped: "He gets about does'nt he."