Unai Emery revealed Arsenal’s improved second half display against Sporting was the result of a few half-time home truths.

The Gunners were pedestrian in the opening 45 minutes as they struggled to impose themselves on the game.

But a much improved second half display ensured the Gunners secured what was, in the end, a deserved win to make it nine points out of nine in the Europa League. 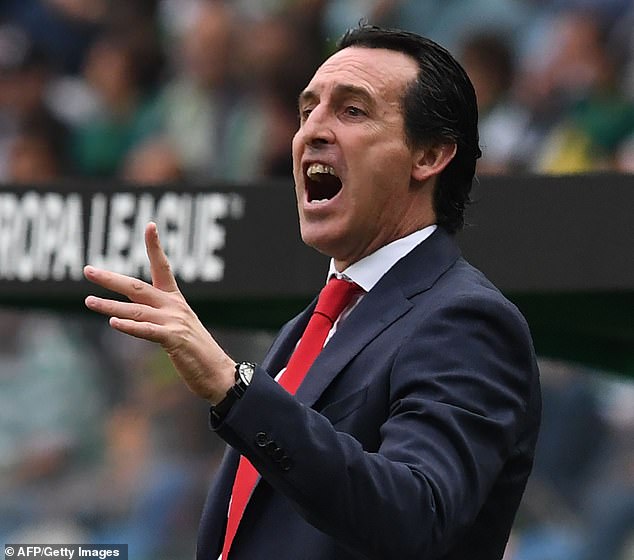 And Emery says a some choice words at half-time helped shake his team out of their first half slumber.

‘The most important thing is we were in dressing room at half time and we spoke about not imposing ourself in the first 45 minutes,’ said Emery.

‘But we said in the second half we have an opportunity to change the result and continue our way, thinking only to win this match and to improve.

‘We did that. The is very important for us because we want to finish first in this group and Sporting were level with us. I think it is a big positive thing today.’ 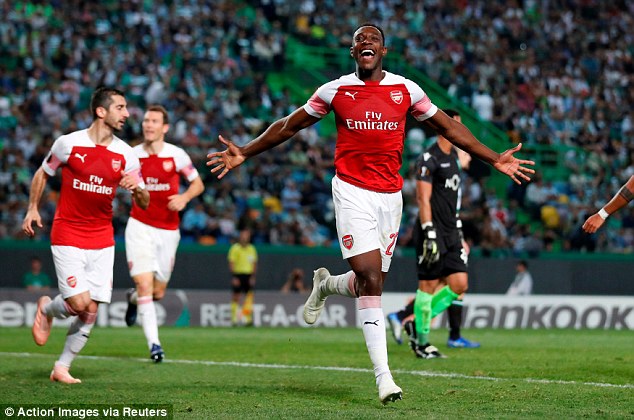 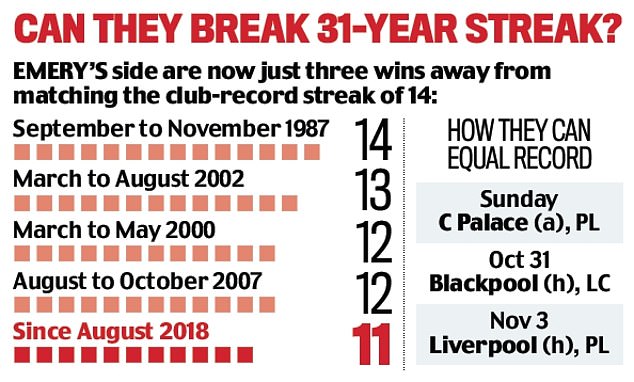 The victory moved Arsenal one step closer to the club’s all-time record of 14 wins on the bounce – the win over Sporting their 11th consecutive victory.

But Emery insists his only focus is Sunday’s clash against Crystal Palace.

The Spaniard said: ‘There’s still three matches, that’s a lot. We are only thinking of Palace. Every match not easy for us. Sunday, in our history at Palace, is very difficult for us.

‘I’m only thinking about three points at Palace but I know it’s very difficult to win there.’

Meanwhile, Emery played down an incident in the dying moments that appeared to see defender Sebastian Coates elbow Stephan Lichtsteiner.

‘I didn’t see it, but things happen on the pitch,’ added Emery. 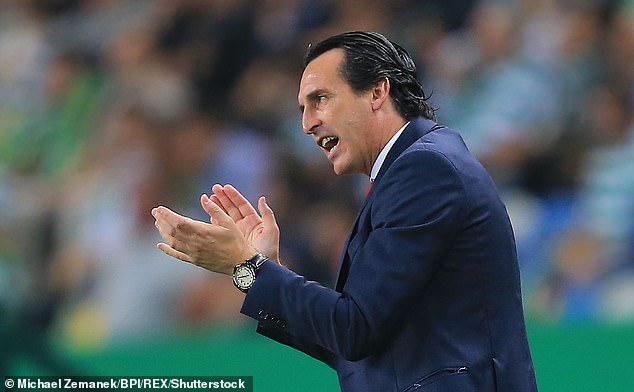