‘The individual goalscoring statistics for the players is very important’: Unai Emery calls on Arsenal to continue blistering goal glut as they bid to return to European football’s top table

Arsenal boss Unai Emery has called on his side to continue their blistering goal glut as they bid to return to European football’s top table.

The Gunners hope to stretch their brilliant winning run to 11 games when they face Sporting Lisbon on Thursday evening, where victory would virtually guarantee them a place in the Europa League knockout stages.

Emery’s side took their tally to 11 goals in just three games in Monday night’s stirring win over Leicester City. 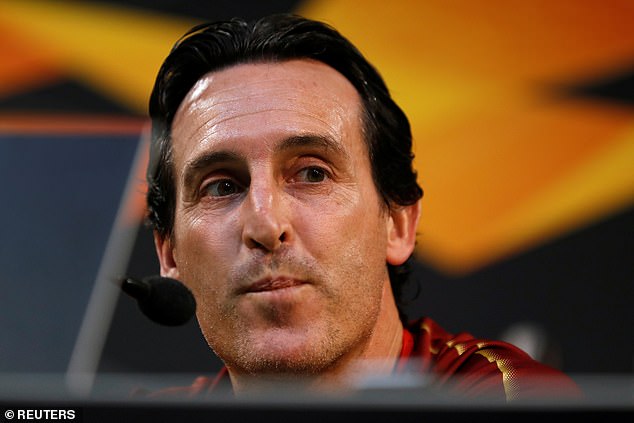 Their attacking play against the Foxes was breathtaking at times; Pierre-Emerick Aubameyang’s third goal an early contender for goal of the season.

And Emery has demanded his team build on their growing reputation as one of the Premier League’s most entertaining outfits.

‘For me the individual goalscoring statistics for the players is very important, as it is for the supporters to be excited with many things on the pitch,’ said Emery.

‘Scoring goals is important for this spectacle, we want to score a lot and with different players. I want our strikers to have a lot of chances to score but also to find the balance defensively.’

Domestically, the Gunners are emerging as potential Premier League title contenders thanks to their brilliant start to the new season.

But at the very least, Arsenal look to be serious contenders for a place in the top-four this season which would book them a place in next season’s Champions League. 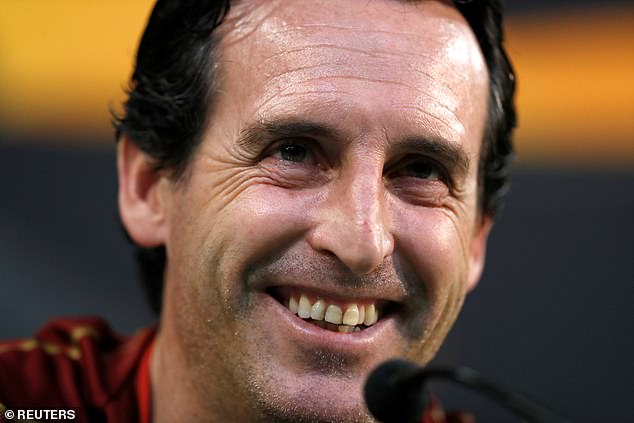 Emery, though, insists the Gunners will not disregard the Europa League as they try to regain the club’s place in European football’s elite club competition.

Thursday’s game against Sporting is the second of a gruelling schedule of three matches in six days following the win over Leicester and Sunday’s clash against Crystal Palace.

Nonetheless, Emery – who has won the Europa League three times – has underlined the club’s commitment to the competition by taking a full strength squad to Portugal, the likes of Mesut Ozil, Alexandre Lacazette and Aubameyang all in contention to play. 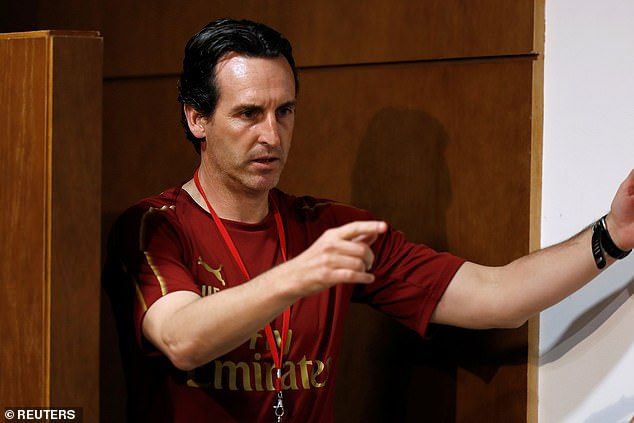 ‘I am telling every player, the supporters and the club that we are here to play to win.’

Emery has been boosted by the return of central defender Sokratis Papastathopoulos following an ankle injury, while there was also a surprise place on the flight for defender Carl Jenkinson due to a left-back injury crisis with Nacho Monreal, Sead Kolasinac and Ainsley Maitland-Niles all unavailable.

Jenkinson hasn’t played for Arsenal since November 2016 due to spells on loan at West Ham and Birmingham.