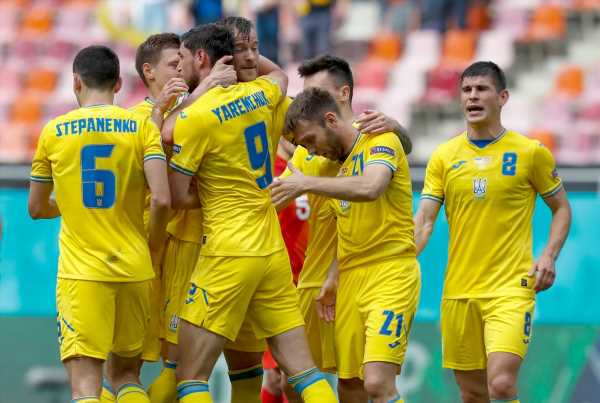 Ukraine take on Austria in Group C in what has the potential to be a knockout match in the group stage.

Both sides have one win and one defeat from their opening two games after beating North Macedonia and losing to Netherlands.

A draw would likely see both teams progress, given there are four third-place spots available to get through to the round of 16, and history suggests four points would be enough.

However it is Ukraine in the driving seat, given their extra goal scored so far means a draw guarantees their progress as one of the automatic top two qualifiers.

Here is everything you need to know.

When is Ukraine vs Austria?

The match kicks off today, Monday 21 June, at 5pm BST.

How to watch online and on TV?

The game will be broadcast live on ITV’s channels and can be streamed online via the ITV Player app and website.

Ukraine are missing Oleksandr Zubkov after he went off injured in their match against Netherlands.

Austria welcome back Marko Arnautovic from a one-game ban after his controversial celebration against North Macedonia.

If ever there was going to be a draw, it would be this game. Neither team wants to lose and both know that a point would send them through to the next round. Ukraine 1-1 Austria.

June 30, 2021 Soccer Comments Off on Ukraine vs Austria live stream: How to watch Euro 2020 fixture online and on TV today
NFL News