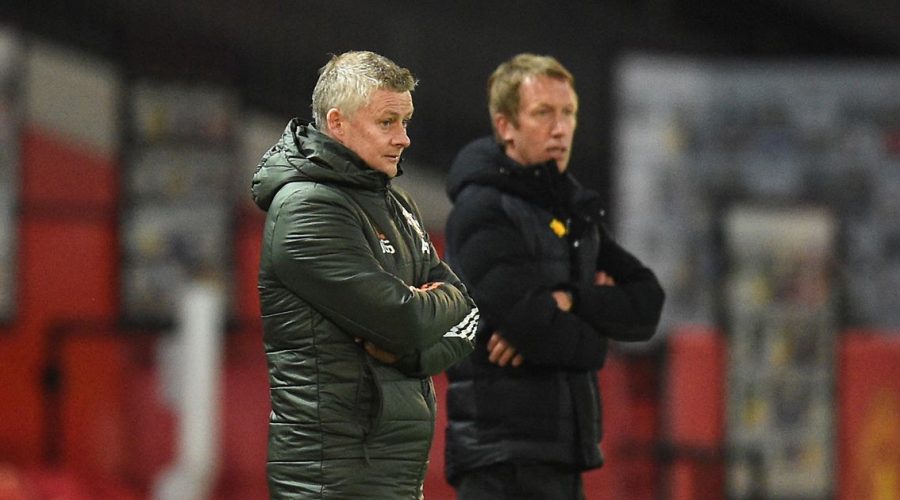 Manchester United beat Brighton and Hove Albion 2-1 at Old Trafford on Sunday, thanks to goals from Marcus Rashford and Mason Greenwood.

Danny Welbeck gave the Seagulls the lead early on, turning in the rebound after his initial header was saved by Dean Henderson.

Marcus Rashford put United level in the second-half with an excellent first-touch finish, before Mason Greenwood scored a late winner.

The goal came as a massive blow to Graham Potter's side in their fight to stay in the division, while the three points will help United in their bid to cement second place.

Daily Star Sport takes a look at two things Ole Gunnar Solskjaer got wrong and one thing he got right.

Pogba in a midfield two

Solskjaer's decision to play Pogba as part of a midfield two alongside Fred was an interesting one, given the Norwegian has often opted for a more defensive pairing of Fred and Scott McTominay this season.

United legend Rio Ferdinand believes Pogba is wasted when he is asked to play in a deeper role like he was against Brighton and the Frenchman's most vital contribution, the assist for Greenwood's winner, came when he ventured forward into the opposition's penalty area.

Speaking last month, Ferdinand said: "I don’t feel he [Pogba] has been played in his best position a lot of the time, one of a three in the more attacking side of the three.

"I think playing him as defensive midfielder, I think he can do it but if you want him to be the £90million star I think the best position for him is the attacking role to create stuff. When you bought him from Juventus, what was he doing there?"

After a slow start and a poor first-half display, United's attacking intent paid off in the second-half when Fernandes drove forward and set up Rashford for the equaliser and Greenwood netted a late winner.

Cavani not the answer

Edinson Cavani has largely impressed for United this season, offering something different to the other forward options at Solskjaer's disposal.

However, the veteran forward has been in and out of the side with injury problems and, in his first start in just over a month, he looked off the pace.

With Rashford at his best out wide and Martial struggling for form in front of goal, it seems clear that United are in need of an elite centre-forward this summer.

April 4, 2021 Soccer Comments Off on Two things Solskjaer got wrong and one he got right as Man Utd score late winner
NFL News