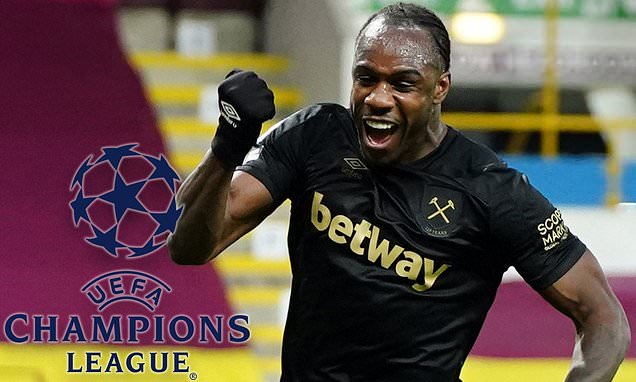 ‘It would be unbelievable’: Michail Antonio is relishing the possibility of Champions League football after his double takes West Ham to within just three points of fourth-placed Chelsea with only four matches remaining

Michail Antonio has expressed his excitement at the possibility of playing in the Champions League next season after scoring twice in a 2-1 win over Burnley to take West Ham back up to fifth.

The 31-year-old played for the first time in four weeks following his recovery from a hamstring injury, equalising with a bullet header from Vladimir Coufal’s cross just two minutes after Chris Wood had put the Clarets ahead from the spot following a foul on him by Tomas Soucek.

Antonio then turned the game on his head just before the half-hour mark, timing his run to perfection to guide Said Benrahma’s brilliant cross deftly into the bottom left-hand corner of Nick Pope’s net. 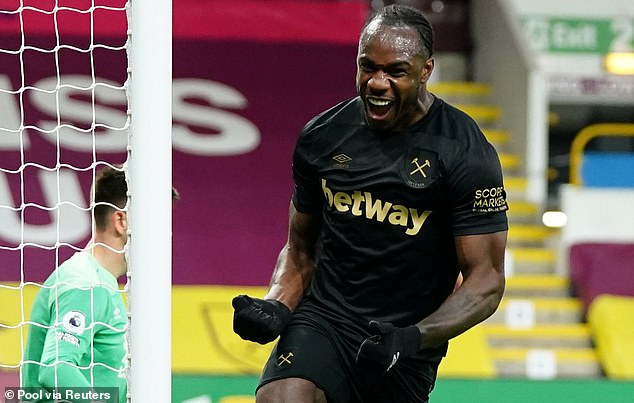 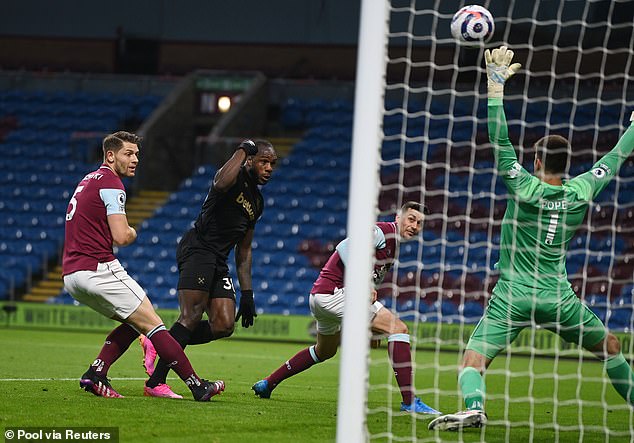 After defeats to Newcastle and Chelsea in their last two outings derailed their progress, the Hammers are now just three points off Thomas Tuchel’s fourth-placed side with four games to play.

Speaking about the prospect of playing in European club football’s elite competition, Antonio told Sky Sports: ‘It would be unbelievable. Every boy wants to play in the Champions League.

‘This is my sixth year now and there’s been so many seasons where we’re fighting at the bottom of the table trying to stay in the league.

‘Now we have an opportunity with the top four to go for the Champions League and it’s a dream come true. We’re not going to give up on it, we’re going to keep fighting and keep pushing.’

Antonio also explained his muted celebrations after both goals, saying that previous negative experiences with VAR mean he is reluctant to showcase some of his more unorthodox routines.

The forward has referenced The Running Man and The Simpsons in previous celebrations but seemed more subdued this time.

‘I’m a person where I’ve had a couple of goals disallowed through VAR – I don’t want to be there doing a dance and then a goal gets disallowed. It’s a bit embarrassing,’ he said.

‘I’ve toned down the celebrations because I don’t want to be doing a dance. There’s a couple of times where I’ve been about to do it, and then a handball and stuff… VAR’s killed it.’

Antonio had a chance to bag his hat-trick in the second half after Pablo Fornals’ miscued effort dropped into his path, but the former Sheffield Wednesday man couldn’t sort his feet out as Burnley managed to clear their lines. 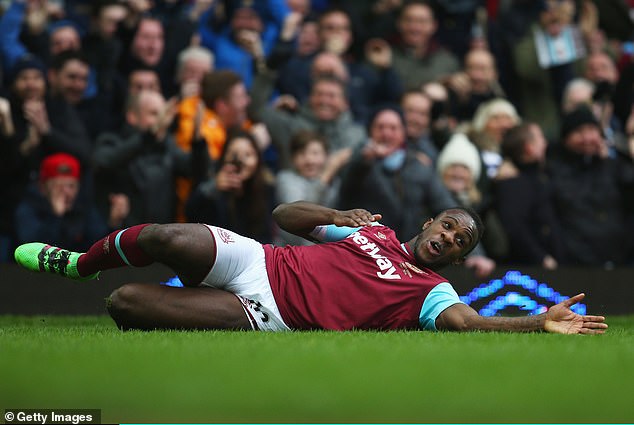 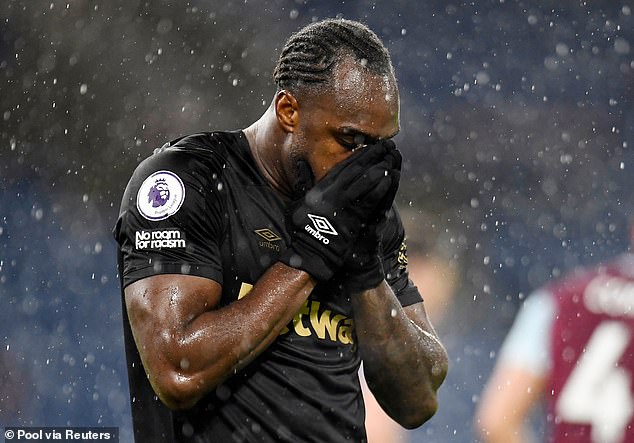 After scoring with his head and his right foot, Antonio had a laugh at his own expense.

‘Pablo shot, it’s bobbling everywhere. I’ve hit it with my right, straight onto my left so I can get the perfect hat-trick, but it just didn’t work out for me!’

Antonio’s time at the Hammers has been defined by his versatility, having played on the wing, at right back and in his current role as a striker.

Despite feeling that his natural role is out wide, he is beginning to adapt and enjoy the transition.

‘I’ve now adjusted to it. At the beginning I didn’t really like it, having my back to the game,’ Antonio admitted.

‘I like to get it out wide and basically run at people, but now I’m getting used to it and getting those opportunities to score goals. The best thing in football is scoring goals.’

With the end of the campaign in sight, David Moyes is a strong shout for Premier League manager of the season, with the Scot upping the players’ intensity in matches this term and reaping the rewards. 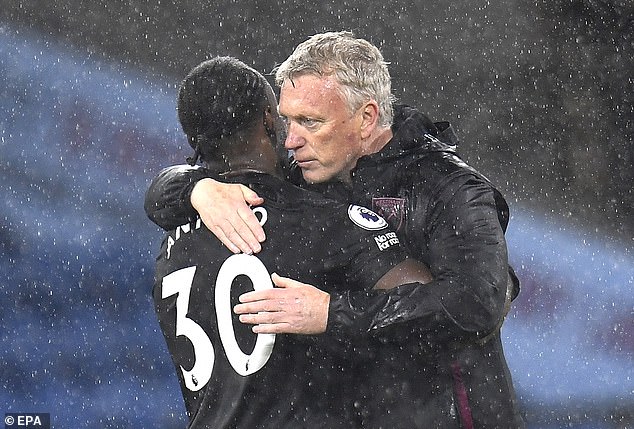 ‘He’s making sure that we work hard. First thing he said to us when he came in, he showed us our running stats. I think we were 19th on running stats and now we’re fourth or fifth.

‘He said we’ve got the quality, the players to do things, but if we don’t run and work hard for the team then it’s not going to be good enough.’

Some of Europe’s elite may be running scared next season.