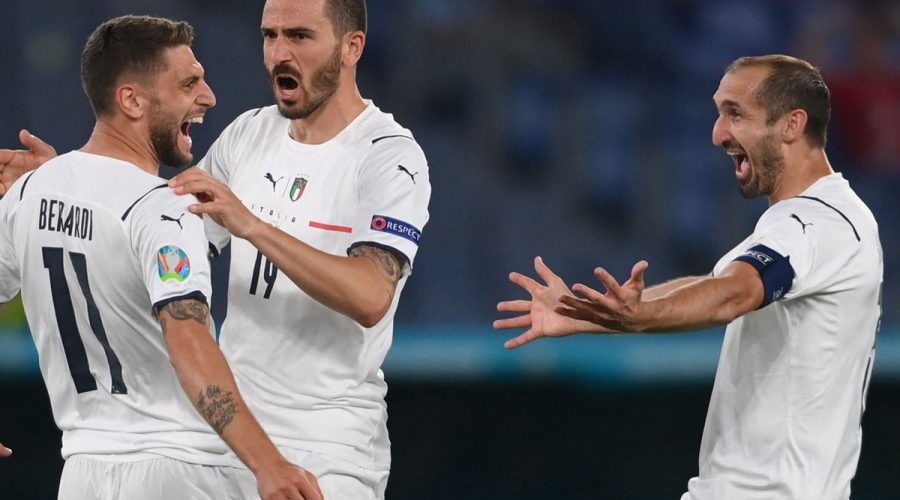 One of the tough decisions for Roberto Mancini ahead of kick-off was who to select alongside Lorenzo Insigne and Ciro Immobile to complete the Azzurri’s attacking trident.

Federico Chiesa is primed to break out as a genuine superstar off the back of some impressive displays with Juventus, but Domenico Berardi’s willingness to dart into space without the ball ensured a more fluid Italy wore Turkey down.

Some wayward finishing aside, Berardi was able to find space cutting inside too, but lacked the control once the opportunity emerged.

The Sassuolo forward’s initial impact translated to the second half, pulling wide when Turkey found themselves out of shape and, crucially, gobbling up the space on the outside rather than cutting inside on to his stronger foot, as is usually the case with Lorenzo Insigne.

That allowed Italy to avoid congesting the middle of the pitch too much.

And his willingness to shift the ball and powerfully cross alongside the six-yard box saw Merih Demiral deflect into his own net and justify Mancini’s selection to bring balance to Italy’s impressive attack.

Here are four more things we learned from the Stadio Olimpico:

It did not take long for Italy to quickly realise that Turkey would be a tough lock to pick, so possession was soon pushed out wide down the left to Leonardo Spinazzola, who distinguished himself as a real outlet for his team.

At ease with either foot, the Roma full-back proved a tricky test for the resilient Zeki Celik, while also stretching Şenol Güneş’ side.

His willingness to get on the ball proved fundamental to Roberto Mancini’s versatile system, which saw the Italians morph into a back three in a bid to pull Turkey out of their stubborn structure: Alessandro Florenzi or Jorginho would tuck inside to join Leonardo Bonucci and Giorgio Chiellini.

Whether it was gliding on the outside to clip balls into the box, one of which brushed the hand of Celik for a penalty appeal, or combining with the lively Lorenzo Insigne, Spinazzola distinguished himself as a key piece to Mancini’s approach in possession.

It was his clean, powerful strike that led to the second for Ciro Immobile, with Urgacan Cakir coughing up the ball for the simple rebound.

The question now will be whether he remains on the left or perhaps switches to the right with Emerson’s more natural width brought in. 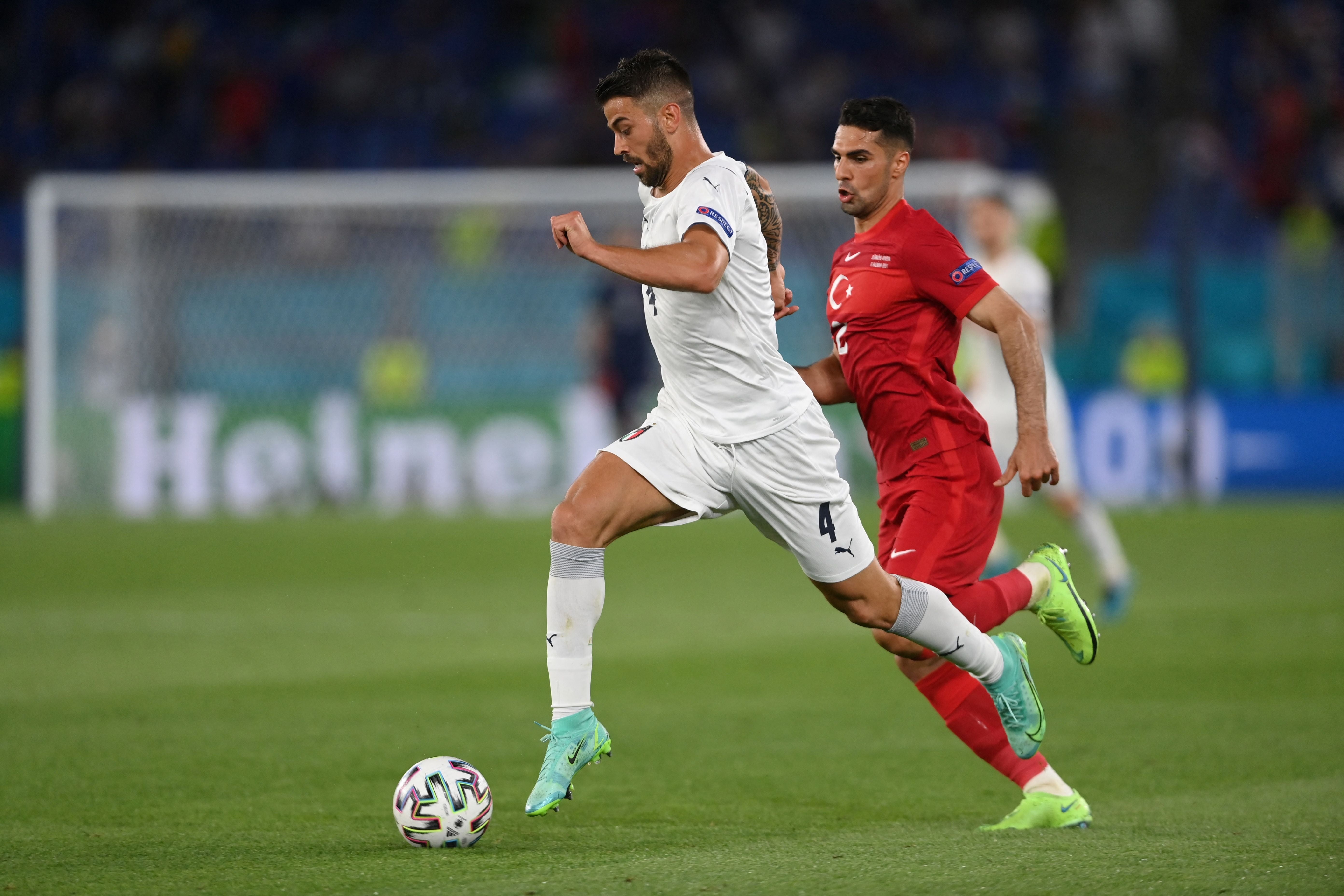 From the outset Okay Yokuşlu relished the battle in front of Turkey’s defence as Italy probed against the low block of Şenol Güneş’ side.

The West Brom midfielder was tenacious, scrapping as white shirts buzzed around him, hoping to create space and isolate their sturdy centre-back duo.

On the ball, too, Yokuşlu’s short distribution was useful, though Turkey’s counter-attacks soon broke down there after.

Turkey’s fatigue set in mid-way through the second half and the gaps started to open too, with a lack of attacking threat ultimately proving costly.

Olimpico produces spectacle to herald start to festival of football

There may only have been 16,000 fans in attendance in Rome, but they were treated to a feast of football by the hosts.

Slick, positive football from Mancini’s side was on display, extending their unbeaten streak to 28 games and validating this revolution under their tactician.

After a lengthy wait, there was sheer delight to see a tournament begin and provide entertainment, specifically when Cakir coughed up the ball, leading to Berardi, Barella and Immobile touching the ball briefly before Insigne swept the ball into the far corner. It was a delightful performance with the wait worthwhile to the start of this tournament.

Patient Italy rewarded for composure and faith in style

This is a different Italy to previous sides, Mancini has drilled this team brilliantly.

It’s the pace that they play at, but also the belief in their method: Turkey blunted their sword in the first half nicely.

But they never wavered and the intensity at which they attack, alongside an efficiency when the space opens up, as demonstrated by a slick third goal, makes Italy genuine contenders.

Even at 3-0 up, every white shirt continued to harass Turkey in possession, emphasising the impressive culture brought in by Mancini.

It’s 28 games unbeaten now and a real statement of intent in Rome.