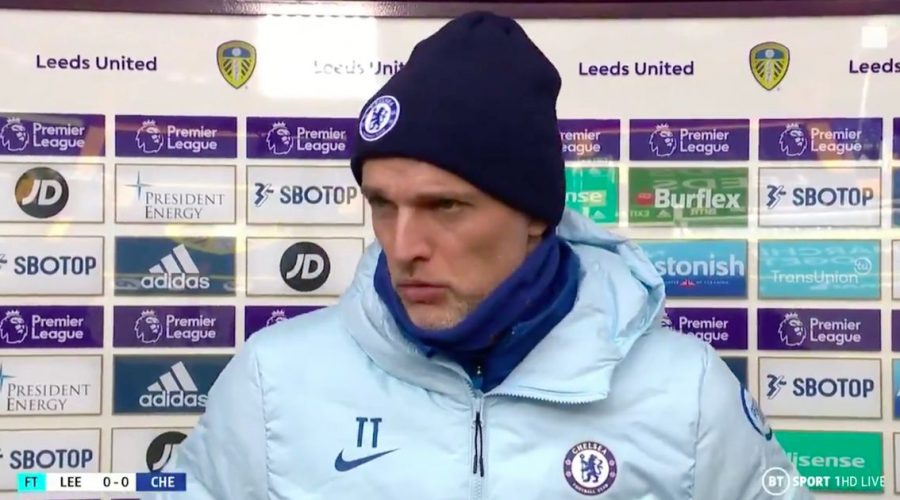 Thomas Tuchel's latest comments on Kai Havertz indicated why Frank Lampard struggled to get the best out of the £72million signing.

The 21-year-old didn't have quite the impact he had against Everton last week – when he forced an own goal and won a penalty to inspire Chelsea's 2-0 victory.

But his movement caused the Leeds defence plenty of problems, with his finishing ultimately letting him down.

Afterwards, Tuchel said the reason for playing Havertz as a nine was simple – that's his best position.

While some fans might argue he was better in the role he played against Everton, Tuchel's conviction was in stark contrast to Lampard's comments a few months ago, when he didn't seem to know where best to play Havertz.

Following Chelsea's draw against Leeds, Tuchel was asked about his compatriot's position.

"He is pretty much a number nine because he likes to be high and not necessarily drop to 10 and turn."

"He loves to be high and arrive in the box. He loves to be there and have the last touch. This is for me why he played number nine today."

Back in November, Tuchel's predecessor Lampard was similarly asked about Havertz following a 3-0 win over Burnley in which the Germany international played in midfield.

"It is a real plus when someone comes in and says they are happy to play in a number of positions," Lampard told reporters.

"He can play as a number 10 or out wide, which he played in previously for club and country before coming here.

"I know he has played as a number eight too, so that was part of the process for me, him and the team to find the best way."

When Tuchel was appointed as Lampard's replacement back in January, it was widely observed that the German manager might be able to get the best out of Havertz and Timo Werner, with both players having struggled to adapt.

Neither player was able to break the deadlock on Saturday, with Werner brought on as a second-half substitute.

But a fifth consecutive clean sheet for Chelsea extended their unbeaten run under Tuchel to 12 games in all competitions as they push to secure a top-four spot in the Premier League.